Ethnic Uyghurs from China’s Western Xinjiang region currently residing in Afghanistan told Radio Free Asia (RFA) on Tuesday they fear the Taliban terror group may deport them to China now that the group has seized control of the country.

“The Chinese identification documents held by many Uyghurs in Afghanistan have expired, though they still say ‘Chinese Turkestani migrant’ on them,” a Turkey-based Uyghur with relatives in Mazar-e-Sharif, Afghanistan’s fourth-largest city, told RFA on August 24.

“If this information were to fall into their hands in the coming days, China might say that there are such and such Uyghurs who have left Xinjiang and that they want them to turn us over,” the man, identified only as “Abdulaziz,” speculated.

Abdulaziz said some China-origin Uyghurs residing in Afghanistan held identification documents that “have expired,” indicating that the out-of-date papers may serve as the initial impetus for the Taliban to seek out members of the minority ethnic group for deportation.

A Uyghur woman who has resided in Kabul for more than ten years told RFA on Tuesday she is “terrified” the Taliban may try to deport her because, according to her official identification documents, she “belong[s] to China.”

The woman said she had been married to an Afghan national during her entire decade-plus in Afghanistan, though she did not indicate that this union had afforded her any protection from deportation. She chose not to reveal her identity to RFA, a U.S. government-funded broadcaster.

Afghanistan is a majority Sunni Muslim country bordering Xinjiang, China’s westernmost region. Xinjiang is home to most of the world’s Uyghur people. The group is predominantly Sunni Muslim and Turkic-speaking. The Taliban is a radical Islamist terrorist organization that identifies as Sunni but has established “friendly” ties with the Chinese Communist Party (CCP).

During a meeting with Chinese Foreign Minister Wang Yi on July 28, Taliban spokesman Mullah Abdul Ghani Baradar said, “The Afghan Taliban will never allow any force to use the Afghan territory to engage in acts detrimental to China.” He referred to the “East Turkestan Islamic Movement (ETIM),” which Beijing claims is a Uyghur-backed terrorist organization that has allegedly perpetrated attacks in Xinjiang. The CCP further claims that ETIM remains “active in Afghanistan in areas including the northeastern province of Badakshan, where China and Afghanistan share a remote 76 km [47-mile-long] border.” 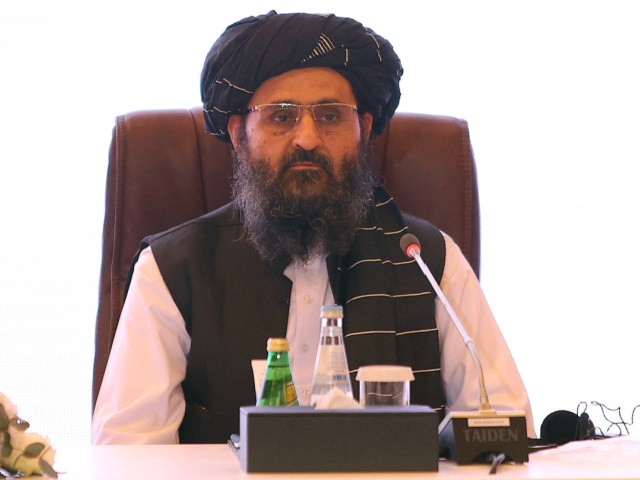 The leader of the Taliban negotiating team Mullah Abdul Ghani Baradar looks on during the final declaration of the peace talks between the Afghan government and the Taliban is presented in Qatar’s capital Doha on July 18, 2021. – Representatives of the Afghan government and Taliban insurgents held talks in Doha as violence raged in their country with foreign forces almost entirely withdrawn. The two sides have been meeting on and off for months in the Qatari capital, but the talks have lost momentum as the insurgents made battlefield gains (Photo by KARIM JAAFAR/AFP via Getty Images). 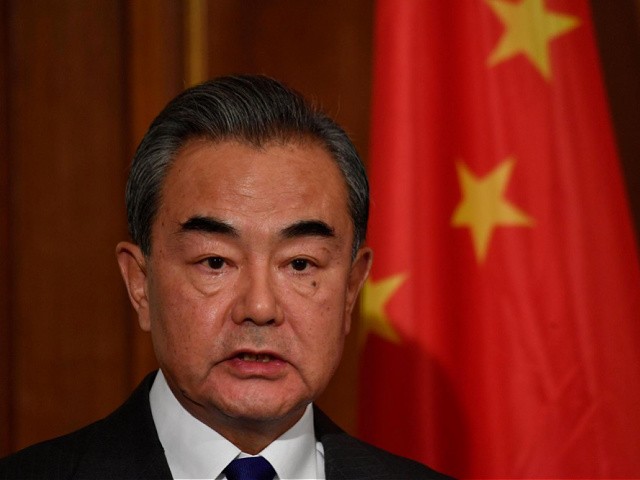 The U.S. government removed ETIM from its list of designated foreign terrorist organizations last year on the grounds that no evidence suggested that it exists.

China has been engaging in genocide against Uyghurs and other Muslim Turkic minorities in Xinjiang since at least 2017, according to human rights experts. The Taliban, currently in full courtship with Beijing, refuses to acknowledge this genocide for fear of alienating the CCP. The United States and several other Western countries have formally recognized China’s actions as genocide. The U.S. government has estimated that, at their peak, Chinese-built concentration camps in the region have imprisoned as many as three million people. Survivors of the camps have testified to extreme torture, sexual violence, indoctrination, and slavery. Extensive evidence indicates the Communist Party engages in other genocidal activities, such as mass sterilization of Muslim women, forced abortions, and infanticide.

China’s persecution of Uyghurs has spurred its members to flee Xinjiang for neighboring Afghanistan, though Tuesday’s report by RFA indicates this east-to-west migration may be interrupted by the Taliban’s resurgent rule over the country. The jihadist group deposed Kabul’s U.S.-backed government on August 15, effectively seizing control of Afghanistan.