Singer-songwriter John Ondrasik has released a new music video for his hard-hitting single “Blood on My Hands” in which he holds the Biden administration accountable for the U.S.’s disastrous and deadly withdrawal from Afghanistan

Filmed outside the White House, the video features Ondrasik, who performs under the name name Five for Fighting, performing his 2021 song interspersed with news clips of President Joe Biden, Secretary of State Anthony Blinken, and other officials attempting to downplay or brush aside concerns about the military and humanitarian catastrophe.

It also includes excerpts of an interview the singer recently conducted with the former Vice President of Afghanistan, Amrullah Saleh.

Ondrasik — known for his Grammy-nominated anthem for the heroes of 9-11, “Superman (It’s Not Easy)”  — said the new video isn’t politically motivated, and is intended to be a call for accountability “where there has been none.”

“The passing of time will not ease the great shame festering in our collective gut,” the singer said in a statement.

“In fact, America turning the page on Afghanistan would only accelerate the erosion of our moral conscience. I take heart in bi-partisan measures currently being undertaken in Congress that recognize this truth. Until we admit our complicity and implement policy to atone for our actions, I believe that only then, will we begin to regain our stature as a nation.” 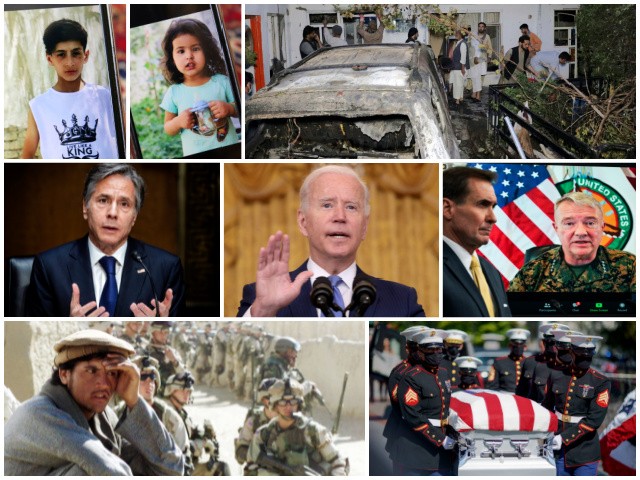 In a recent interview on SiriusXM’s Breitbart News Daily with host Alex Marlow, Ondrasik revealed he was partly inspired by the late Andrew Breitbart to write the song.

“[Andrew Breitbart] just kind of wanted to the right thing, and if he saw people kind of getting canceled or slammed — even back then — for doing the right thing, he would stand up to them, and it’s similar with this song,” he said.

All proceeds from the sale of the “Blood On My Hands” will go to various organizations performing evacuations and rescues in Afghanistan, as well as to the Afghanistan National Institute of Music and the Gary Sinise Foundation.