Zimbabwe’s federal government confirmed Sunday any civil servants unvaccinated against the Chinese coronavirus will be denied the right to work and be paid starting on Monday, Voice of America (VOA) reported.

Zimbabwe Information Secretary Ndabaningi Nick Mangwana told state-run media on October 17 the federal government would not extend a previously set deadline of October 15 for all civil servants in the country to receive a full dose of a Chinese coronavirus vaccination.

The majority of Zimbabwean civil servants work in the education sector as public school teachers. The Progressive Teachers Union of Zimbabwe (PTUZ) — the country’s largest such union — told VOA on Sunday it plans to challenge the legality of Harare’s federal vaccine mandate.

“Fundamentally, there was no agreement over the issue of vaccination,” PTUZ president Takavafira Zhou told the American broadcaster. 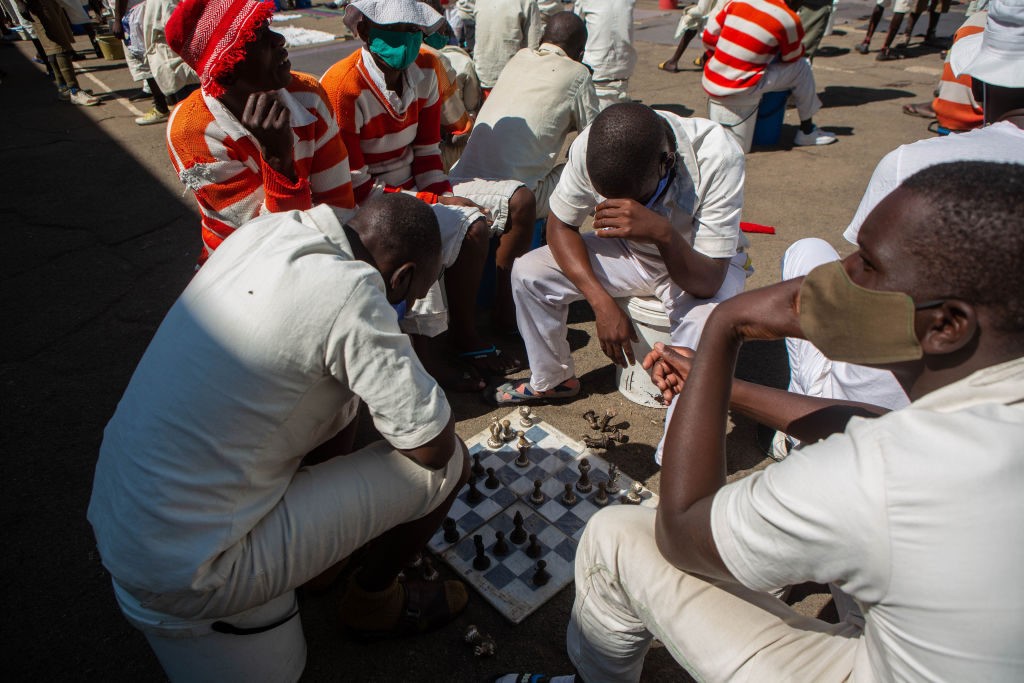 Inmates play chess at Harare Central Prison on August 4, 2021 in Harare, Zimbabwe. So far, 17 people, including staff members and prisoners, have died of COVID-19 since the beginning of the pandemic. (Tafadzwa Ufumeli/Getty Images)

“Our position as workers has always remained that we encourage our members to be vaccinated. But by no means should our encouragement be misconstrued for mandatory vaccination,” he said.

“Our position is very clear: vaccination must be voluntary. Not mandatory,” the PTUZ leader added.

Zhou on October 17 encouraged all Zimbabwean civil servants to continue showing up for work while the PTUZ and other unions “were considering going to court over purported dismissals.”

“The members will only stop going to work if there is a formal letter from the Public Service Commission dismissing them,” he told VOA. “But even with that formal letter, it will still be challenged because its legality must also be established.”

Zhou explained that Zimbabweans are shunning Chinese coronavirus vaccinations for a myriad of reasons including those based on religious beliefs and a “lack of trust in the imported Chinese SINOVAC and SINOPHARM vaccines.” Beijing has donated and sold millions of state-made Sinovac and Sinopharm vaccines to Harare through its Belt and Road (BRI) scheme since February.

Zimbabwe received its fourth and latest shipment of such vaccines from China on September 26, according to Xinhua, China’s official state-run press agency.

“The arrival of the latest batch comes as authorities are aggressively pushing for the public to get vaccinated following a drop in daily vaccinations,” Xinhua revealed at the time. 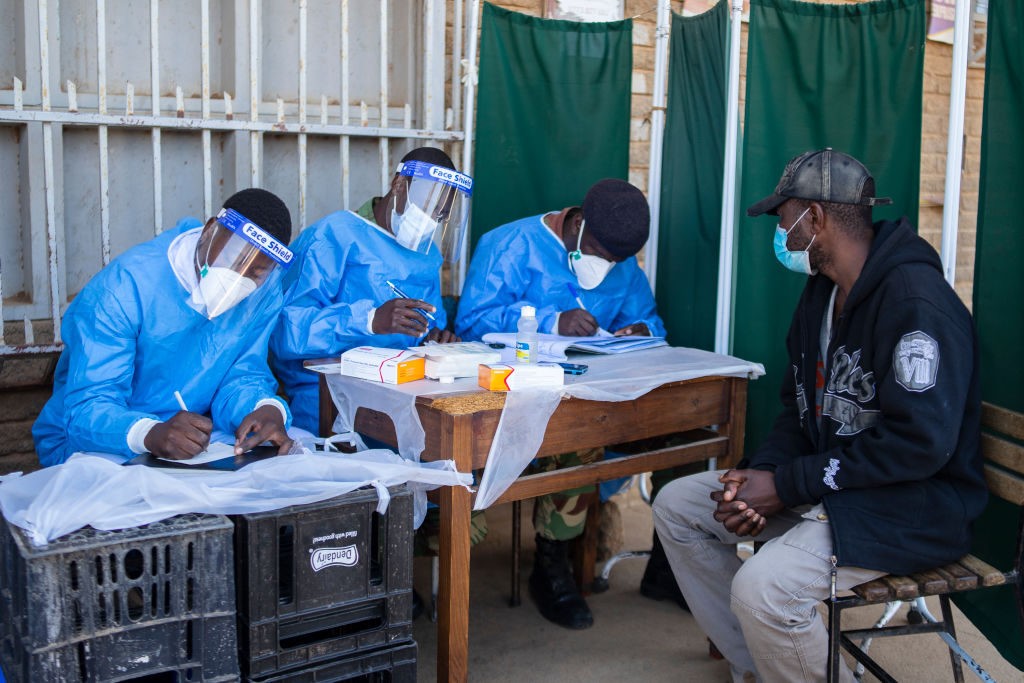 Army officers register a man’s details before he receives his Covid-19 vaccine on August 3, 2021 in Bulawayo, Zimbabwe. Bulawayo’s efforts to vaccinate at least 400,000 residents to achieve herd immunity are this week being supported by the Zimbabwe Defence Forces. (KB Mpofu/Getty Images)

“Earlier this month [September], the government announced that unvaccinated civil servants have up to Oct. 15 to be vaccinated after which they will not be allowed to report for duty,” the news agency recalled.

“The country has already made it mandatory for people to get vaccinated to go to markets, gyms, restaurants and university exams, with some private companies also making it mandatory for their employees to be vaccinated,” Xinhua reported.

Zimbabwe’s federal government says it has fully vaccinated 2,472,859 people against the Chinese coronavirus since launching its largely Beijing-funded vaccine drive in February. The country has an estimated population of over 15 million.

Zimbabwe confirmed 132,368 coronavirus infections and 4,658 deaths from the virus as of October 18 according to a global tracking database compiled by the U.S.-based Johns Hopkins University Coronavirus Resource Center, which cites official government statistics.