FAIRFAX, Virginia — Republican Glenn Youngkin, who is running for governor of Virginia, laid out his “day one game plan” on Monday, emphasizing new tax cuts to offset struggles with cost inflation and reassuring his supporters he would rid classrooms of Critical Race Theory (CRT).

Youngkin, a former CEO of the Carlyle Group, formally introduced his five-pronged plan to a few hundred of his supporters at a warehouse in Northern Virginia, detailing his promises to cut taxes, support police, create jobs, raise education standards, and tackle government waste.

“In a few short years, Virginia has become California east. It happened quickly,” Youngkin said of his blue-leaning state, assessing that “the only thing we have to do differently is everything.”

Republican Glenn Youngkin, who is running for governor, announced his proposed education plan in Loudoun County, a location he described as “ground zero” for Critical Race Theory (CRT). https://t.co/Oqqq8St7hU

Citing the need for a “check on runaway property taxes, on a government that benefits from escalating inflation,” Youngkin also said he plans to require local voter approval before allowing any future property tax increases.

Youngkin, a wealthy businessman who spent 25 years in private equity after earning his MBA at Harvard Business School, touts himself as a political outsider as he competes with a political insider and longtime Clinton ally, former Gov. Terry McAuliffe (D). 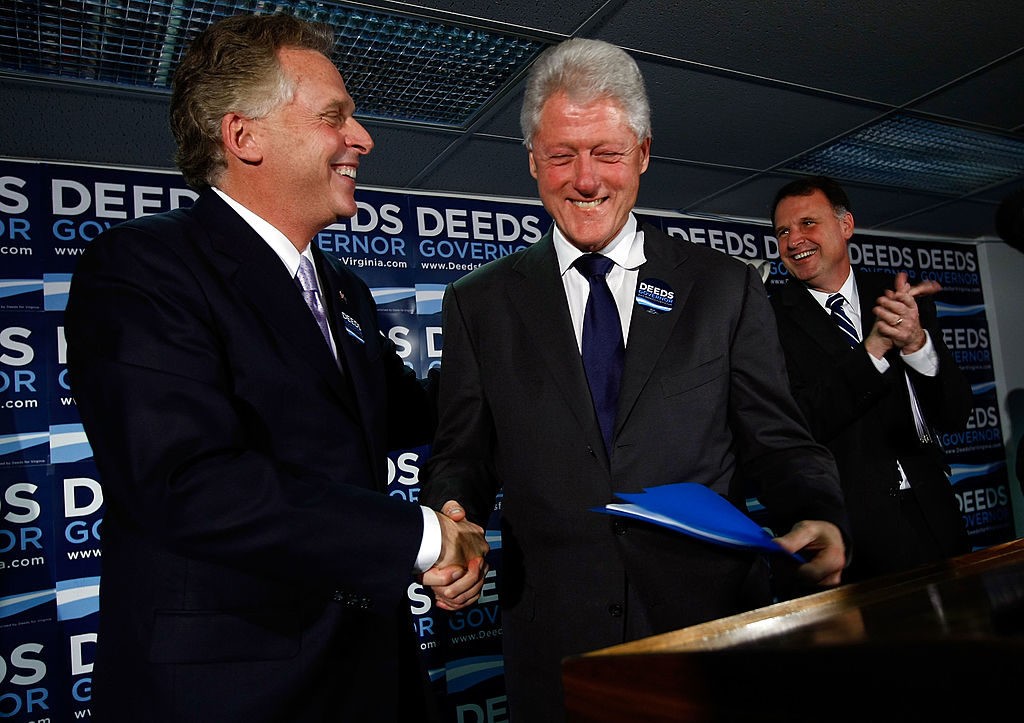 “I will be the jobs governor of Virginia,” Youngkin said, adding he would aim to create 400,000 jobs during his tenure, as well as maintain Virginia’s Right to Work protection, a promise McAuliffe has repeatedly wavered on.

Youngin also guaranteed he would never permit coronavirus lockdowns on businesses, contending, “The ruling class in Richmond is totally insulated from the everyday struggles of small-business owners, entrepreneurs, and working Virginians.”

General contractor C.J. Coakley Co. hosted the event in its warehouse. The company’s president, Michael Coakley, is an advocate for the construction industry who has known Youngkin as a family friend for years and said their children went to school together.

Coakley told Breitbart News Youngkin’s jobs plan resonates with him as his business grapples with a labor shortage. “Anytime we can get more people to come back to work it will be great for us because we’re trying to hire a hundred people right now,” he said.

Asked why he supports Youngkin in his race, Coakley asserted, “I’ll align with a business person all day over a lawyer.”

The Youngkin-friendly crowd applauded the Virginia Republican throughout his speech, but Youngkin’s vow during his education segment to ban CRT in classrooms generated the loudest reactions of support and was accompanied by chants of “Thank you Glenn! Thank you Glenn!” 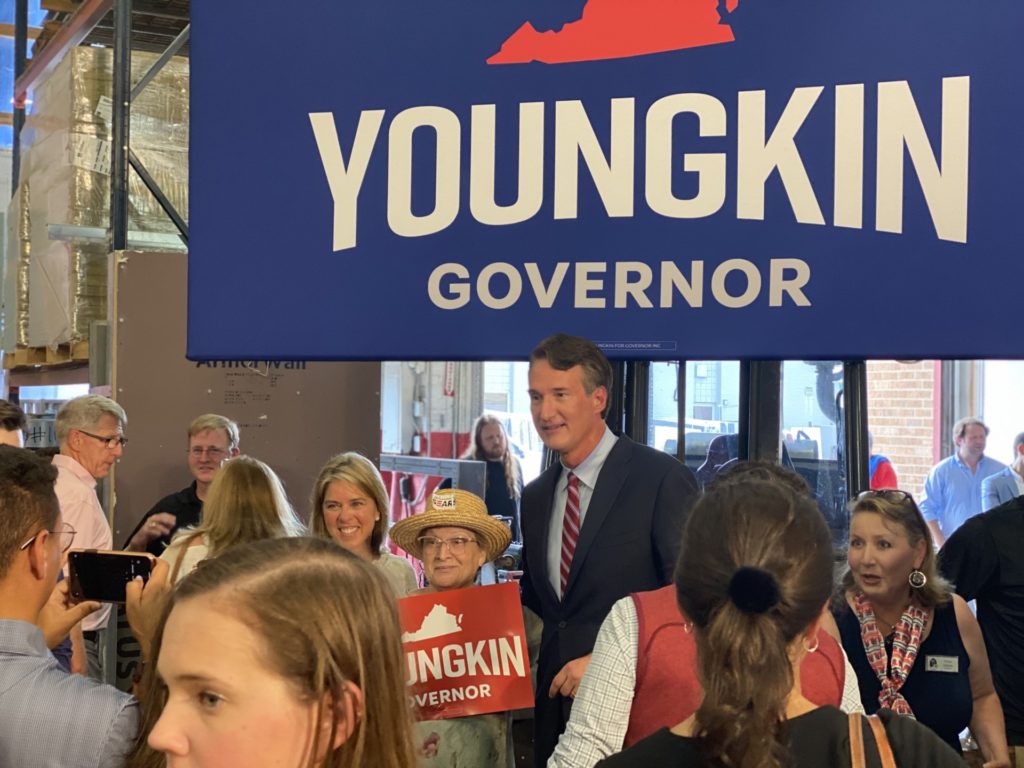 Glenn Youngkin greets supporters at the unveiling of his day one plan for governor at C.J. Coakley Co. in Fairfax, Virginia, August 30, 2021. (Breitbart News)

The governor has repeatedly condemned CRT, which has become a catchall term in classrooms for teaching students that white people are inherently racist and that racism is systemic in America.

Youngkin, speaking in perhaps the country’s most heated region for the CRT debate, said he views teaching the theory as infusing a divisive “political agenda” into classrooms, while McAuliffe, whose campaign is heavily backed by teachers’ unions, has dismissed CRT as a “right-wing conspiracy theory.”

The Virginia Republican has been just barely trailing McAuliffe in polls — and often within margins of error — but nevertheless faces an uphill battle in the Democrat-run state, especially where he spoke, in Fairfax, the state’s most populous county and one that is highly concentrated with blue voters.

Youngkin concluded, “If you liked the last eight years, then it makes perfect sense to look back to a past, recycled leader, but I envision a different future for Virginia. … I cannot wait to go work for you on day one. We are going to start strong.”

Early voting for the November 2 election begins in less than three weeks, on September 17.