U.S. prosecutors recently charged a Saudi-born Canadian citizen with aiding the Islamic State of Iraq and Syria (ISIS), alleging he not only produced and narrated ISIS propaganda videos depicting executions but also “engaged in armed conflict on behalf of ISIS, including throwing grenades against opposing combatants,” Reuters reported Monday.

The U.S. Justice Department unsealed court documents in the U.S. District Court for the Eastern District of Virginia on October 2 revealing Mohammed Khalifa, 38, was charged with aiding a U.S.-designated foreign terrorist organization.

According to a press release announcing the charges, the Syrian Democratic Forces (SDF) captured Khalifa at an undisclosed location overseas in January 2019. The U.S. Federal Bureau of Investigation (FBI) then arranged for Khalifa to be transferred into its custody and subsequently brought him to the Eastern District of Virginia.

The unsealed criminal complaint alleges that Khalifa “served in prominent roles within ISIS starting in 2013 and continuing until his capture by the SDF in January 2019 following a firefight between ISIS fighters and the SDF.” 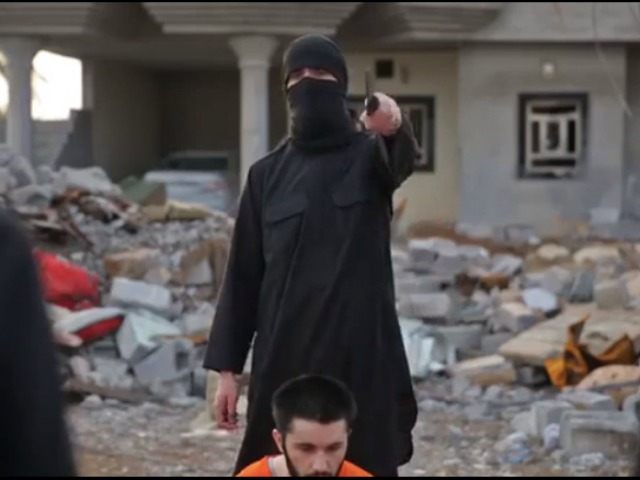 “In addition to allegedly serving as an ISIS fighter, Khalifa allegedly served as a lead translator in ISIS’s propaganda production and the English-speaking narrator on multiple violent ISIS recruitment videos,” according to the criminal complaint.

Khalifa allegedly traveled to Syria in spring 2013 “with the intent of becoming a foreign fighter and ultimately joining ISIS.” He was successful, gaining admittance to the terrorist organization by the end of that same year. By early 2014, ISIS recruited the Saudi Arabian-born Canadian to join its Media Bureau owing to his fluency in both English and Arabic.

Khalifa excelled in video work, producing some of ISIS’s most notorious and gruesome propaganda videos. His ardent devotion to the jihadist group ultimately spilled over onto the battlefield, where Khalifa allegedly launched hand grenades against Islamic State opponents.

“Khalifa actively participated in armed hostilities on behalf of ISIS,” the criminal complaint reads. “Just prior to his capture by the SDF on or about January 13, 2019, Khalifa engaged in armed conflict on behalf of ISIS, including throwing grenades against opposing combatants.”

U.S. prosecutors have charged Khalifa with “conspiring to provide material support or resources to a foreign terrorist organization, resulting in death.” The Canadian citizen faces a maximum penalty of life in prison if convicted of the charges.

“Actual sentences for federal crimes are typically less than the maximum penalties,” the U.S. Justice Department noted in its October 2 press release.