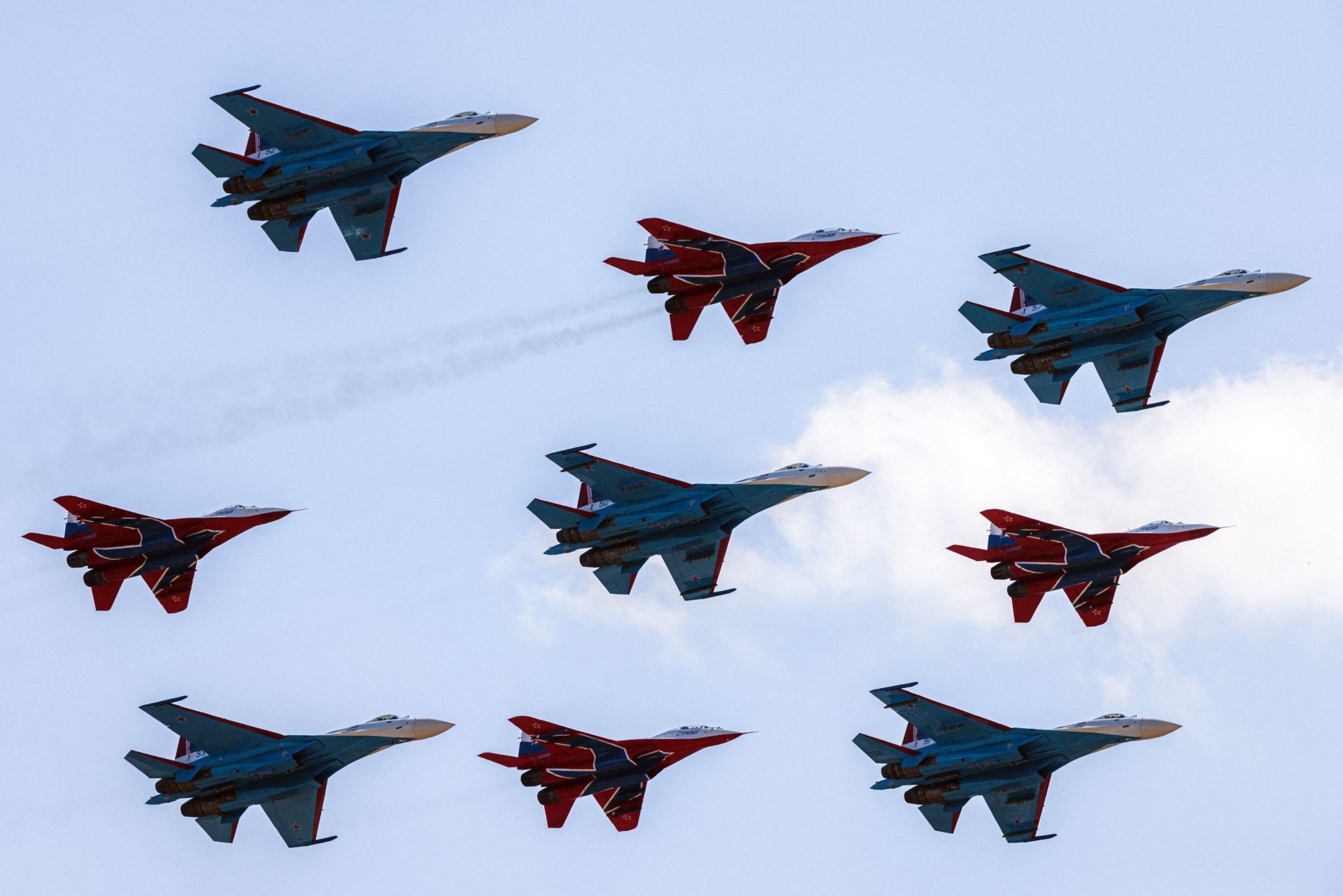 “In order to identify and escort the foreign plane, three Sukhoi-35S fighter planes of the Eastern Military Region’s air defense were scrambled,” the command center said in a statement to TASS.

“The fighters’ crews identified the target as a strategic B-52H bomber of the US Air Force and escorted it over the Pacific Ocean. There were no violations of Russia’s state border or dangerous proximity of planes in the air,” the statement read.

The Russian fighter jets “strictly followed the international rules of using airspace” and returned to base after ensuring “the US plane moved away from the Russian border,” according to the command center.

Russia’s Eastern Military Region is a vast district that includes the country’s easternmost territories. Many of these territories lie along the North Pacific Ocean, such as the Russian-administered Kuril Islands, which are claimed by Japan.

The U.S. Air Force reported a similar incident to Sunday’s interaction in August 2020.

“The Russian pilots flew in an unsafe and unprofessional manner while crossing within 100 feet of the nose of the B-52 multiple times at co-altitude and while in afterburner causing turbulence and restricting the B-52’s ability to maneuver,” the statement read.

Both the Russian and U.S. aircraft involved in the altercation were “operating in international airspace” at the time.

The North Atlantic Treaty Organization (N.A.T.O.) said in March it was forced to scramble fighter jets 10 times in a single day to track a rare “peak” of Russian aircraft flying near the territory of N.A.T.O. member states.

“NATO fighter jets scrambled 10 times on Monday, March 29, 2021, to shadow Russian bombers and fighters during an unusual peak of flights over the North Atlantic, North Sea, Black Sea and Baltic Sea,” the Western military alliance said in a statement.

“In all, NATO aircraft intercepted six different groups of Russian military aircraft near Alliance airspace in less than six hours,” the statement read.