Residents of the remote Ukrainian village of Blahovishchenka, which borders Russia, told Radio Free Europe/Radio Liberty (RFE/RL) on Monday they have seen no evidence in recent days indicating Moscow plans to stage a new military invasion of Ukraine.

“[F]rom Blahovishchenka, the closest staging ground for any new Russian invasion force is about a four-hour drive almost due south, and aside from the rare echoes of gunshots, there’s no reason that villagers expect to see tanks rolling through the town or through fallow fields,” RFE/RL reported on February 6.

“Why don’t I believe it? Well, in 2014, when this whole mess began, in Ukraine, the road was still open, the border was open, we went back and forth without checkpoints,” Kopov explained.

Ukraine on Monday dismissed the Biden State Department's withdrawal of the families of U.S. embassy staff in Kyiv as "premature." https://t.co/6nyqLuyAi7

“We had tanks here, National Guard everywhere, soldiers. Here at every field, there was heavy equipment,” he recalled, referring to Ukrainian military forces.

“Now we don’t see anything. Nothing. Totally empty. If they were hiding something, we’d see it. You can’t hide equipment from the villagers,” Kopov, who was born in Blahovishchenka, said.

Kopov referred to claims by various U.S. government officials and corporate media outlets in recent days alleging Russia was preparing to stage a new military invasion of Ukraine sometime in the immediate future despite assurances by Kyiv the assertions were not based in fact.

“Any day now, Russia could take military action against Ukraine – or it could be a couple of weeks from now – or Russia could choose to take the diplomatic path instead,” Jake Sullivan, the U.S. National Security Adviser to President Joe Biden, toldFox News Sunday on February 6. 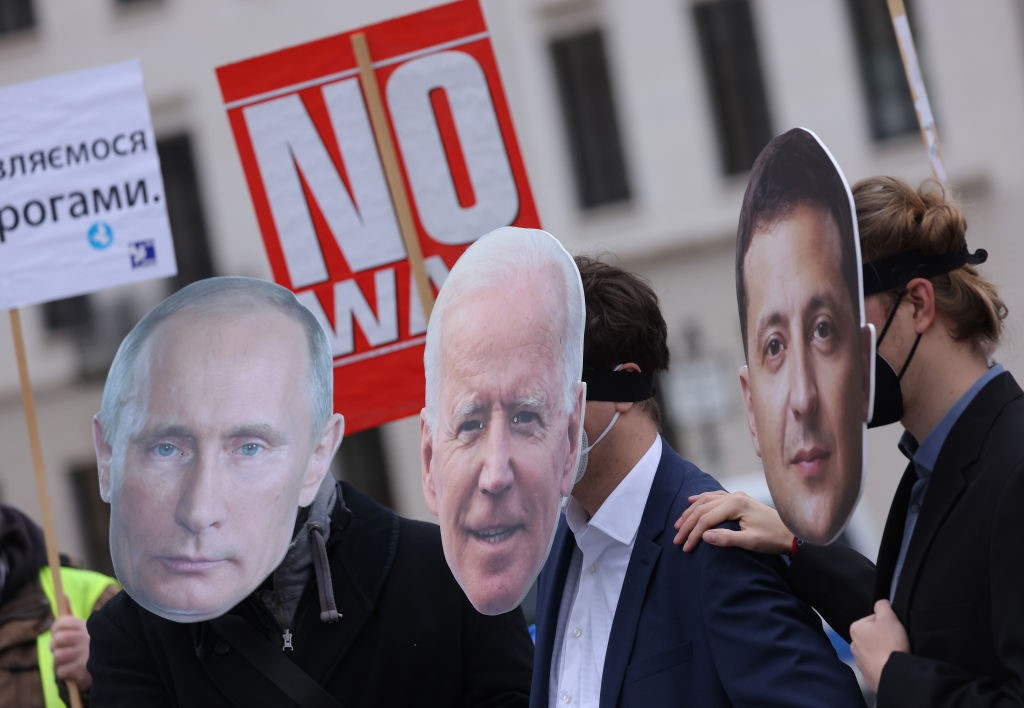 Blahovishchenka is located in eastern Ukraine’s Luhansk region, part of the greater Donbas that has been at war since 2014. The village is practically surrounded on three sides by the Russian region of Rostov and relied, until recently, on Russian state services for its internet connection. Russian state television broadcasts are preferred by Blahovishchenka residents as “signals for Ukrainian channels are too weak,” according to RFE/RL.

The borders of Ukraine’s Luhansk region were altered during a war that broke out between Kyiv and Moscow in 2014.

“Ukrainian government forces now face off against Russia-backed separatists along the ‘line of contact’ that zigzags through the province and the neighboring Donetsk region,” RFE/RL detailed on Monday.