Gig economy giant Uber is pledging $1 million to help Afghan refugees in the wake of President Joe Biden’s disastrous withdrawal from Kabul, which resulted in 13 U.S. service members killed, American citizens left behind, the bombing and killing of citizens, as well as other forms of chaos that ensued as the president bungled the end of America’s costly 20-year war in Afghanistan.

In the meantime, Uber has decided to prioritize Afghan refugees, pledging on Thursday that it will donate $1 million — an increase from its previous $600,000 pledge — to help them, according to a report by CNET. 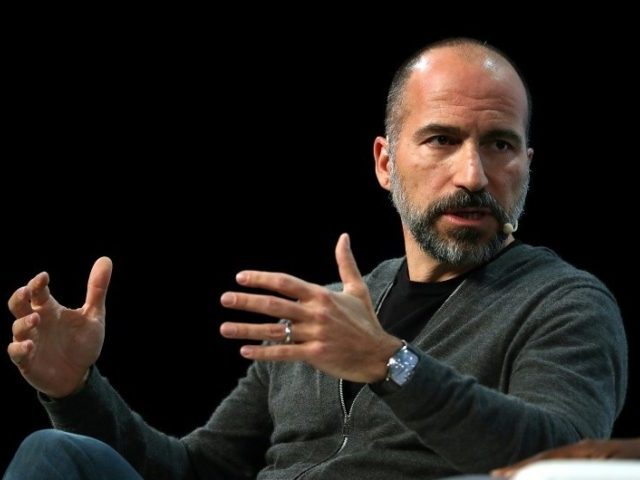 Uber narrows losses, growth slows on the road to IPO

The company has also reportedly launched an in-app donation button for customers and says it will match in-app donations up to an additional $1 million.

Uber is even reportedly adding two of Afghanistan’s major languages — Pashto and Dari— to its driver app so that refugees can more easily join its workforce, the report adds. 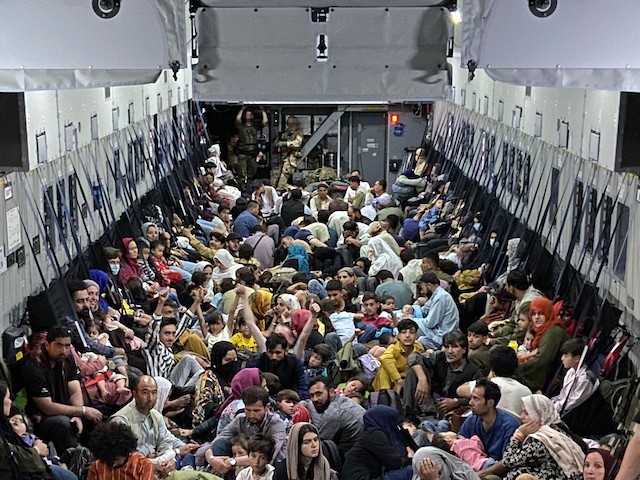 TASHKENT, UZBEKISTAN – AUGUST 22: In this handout image provided by the Bundeswehr, evacuees from Kabul sit inside a military aircraft as they arrive at Tashkent Airport on August 22, 2021 in Tashkent, Uzbekistan. German Chancellor Merkel said Germany must urgently evacuate up to 10,000 people from Afghanistan for which it is responsible. (Photo by Handout/Bundeswehr via Getty Images)

“We will continue to work with key organizations such as the International Rescue Committee, Lutheran Immigrant and Refugee Services, FWD.US, No One Left Behind, Women for Afghan Women, and Team Rubicon to distribute these funds to frontline organizations supporting Afghan families and those seeking refuge,” Khosrowshahi added.

Uber is not the only company to offer giveaways to Afghan refugees.

On Tuesday, Airbnb announced that it is ready to house 20,000 refugees fleeing Afghanistan, stating that the company feels “a responsibility to step up,” as Afghanis are facing “one of the biggest humanitarian crises of our time.”

Meanwhile, American citizens have not forgotten the family members of the fallen U.S. service members killed in Kabul during Biden’s chaotic Afghanistan withdrawal, which the president later called an “extraordinary success.”

So far, American citizens have raised over $600,000 for the unborn baby of fallen marine Rylee McCollum.

The Biden administration’s covid vaccine mandate for the military threatens to levy a serious blow to troop strength and morale.