Thanks Joe!: Commerce Dept. Reveals Manufacturers Had Less Than Five Days' Supply of Computer Chips in 2021

According to the U.S. Commerce Department, manufacturers had less than five days’ supply of some computer chips on hand late last year. In 2019 the same manufacturers had a median level of inventory to cover 40 days of production. 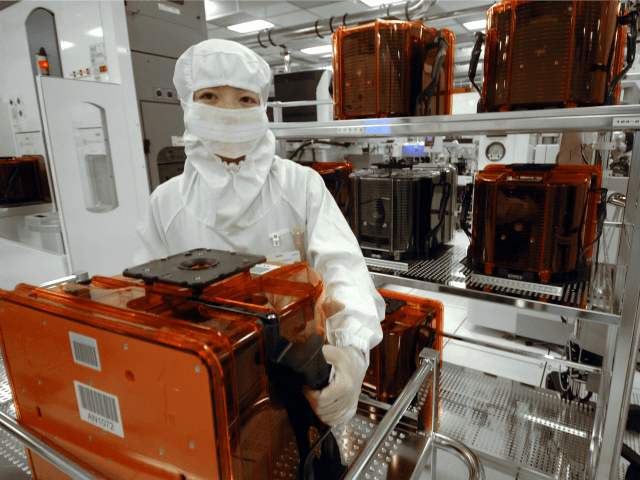 The report aimed to highlight the global shortage that has caused major issues in manufacturing and fueled inflation for over a year. A survey of 150 companies across the world conducted by the Commerce Department found that median chip inventory levels plummeted from around 40 days’ supply in 2019 to less than five days.

The Commerce Department concluded in its report summary: “This means a disruption overseas, which might shut down a semiconductor plant for 2-3 weeks, has the potential to disable a manufacturing facility and furlough workers in the United States if that facility only has 3-5 days of inventory.”

Lower chip inventory levels leaves electronic and auto manufacturers with “no room for error,” according to Commerce Secretary Gina Raimondo. She added: “A covid outbreak, a storm, a natural disaster, political instability, problem with equipment — really anything that disrupts a [chip-making] facility anywhere in the world, we will feel the ramifications here in the United States of America. A covid outbreak in Malaysia has the potential to shut down a manufacturing facility in America.”

Raimondo has since urged Congress to pass a proposal that would provide $52 billion in federal subsidies to increase the production of chip factories, like those proposed by Intel. Breitbart News recently reported that Intel will be spending $20 billion to construct a new chip manufacturing site in New Albany, Ohio, close to Columbus. The 1,000-acre manufacturing plant will contain two chip factories and will employ at least 3,000 people and “tens of thousands” more across suppliers and company partners.