Schitt’s Creek star Emily Hampshire, who identifies as pansexual, said she learned the term pansexual from the show, along with some help from her co-star Dan Levy.

In an interview with gun control-pushing, “Impeach Trump” songstress Demi Lovato on her “4D” podcast, Hampshire recalled the moment she first learned the term “pansexual” — which occurred on the show, when Levy’s character explained to her character his sexuality using a metaphor involving wine.

“And he says, ultimately, he likes the wine, not the label, and that he’s pansexual. And I had never heard the word pansexual before,” Hampshire recalled of the particular scene in Schitt’s Creek. Pansexual refers to when someone is romantically attracted to anyone, regardless of whether they are a man, a woman, a man who identifies as a woman, or a woman who identifies as a man.

“I’ve always considered myself super knowledgeable about LGBTQ+ stuff just because everybody in my life, my friends, are all mostly LGBTQ+ people, but I didn’t know this,” Hampshire told Lovato.

The actress went on to say that she later saw fans on message boards discussing whether or not her character was a lesbian, as well as wondering if Hampshire herself was gay.

“I was dating someone, and I saw on these message boards people being like, ‘Is Stevie a lesbian?’ ‘Is Emily gay?’ — and stuff, like, asking what I was,” Hampshire said. “And I said to Dan, I was like, ‘This is so weird. What am I?'”

“Because I truly just fell in love with a person, and where they were on the gender spectrum did not matter to me,” the actress continued, adding that her co-star then informed her she was pansexual. “He was like, ‘You’re pansexual. Don’t you watch our show?'”

Since learning about the term “pansexual,” Hampshire has felt the need to “identify” herself, she says. 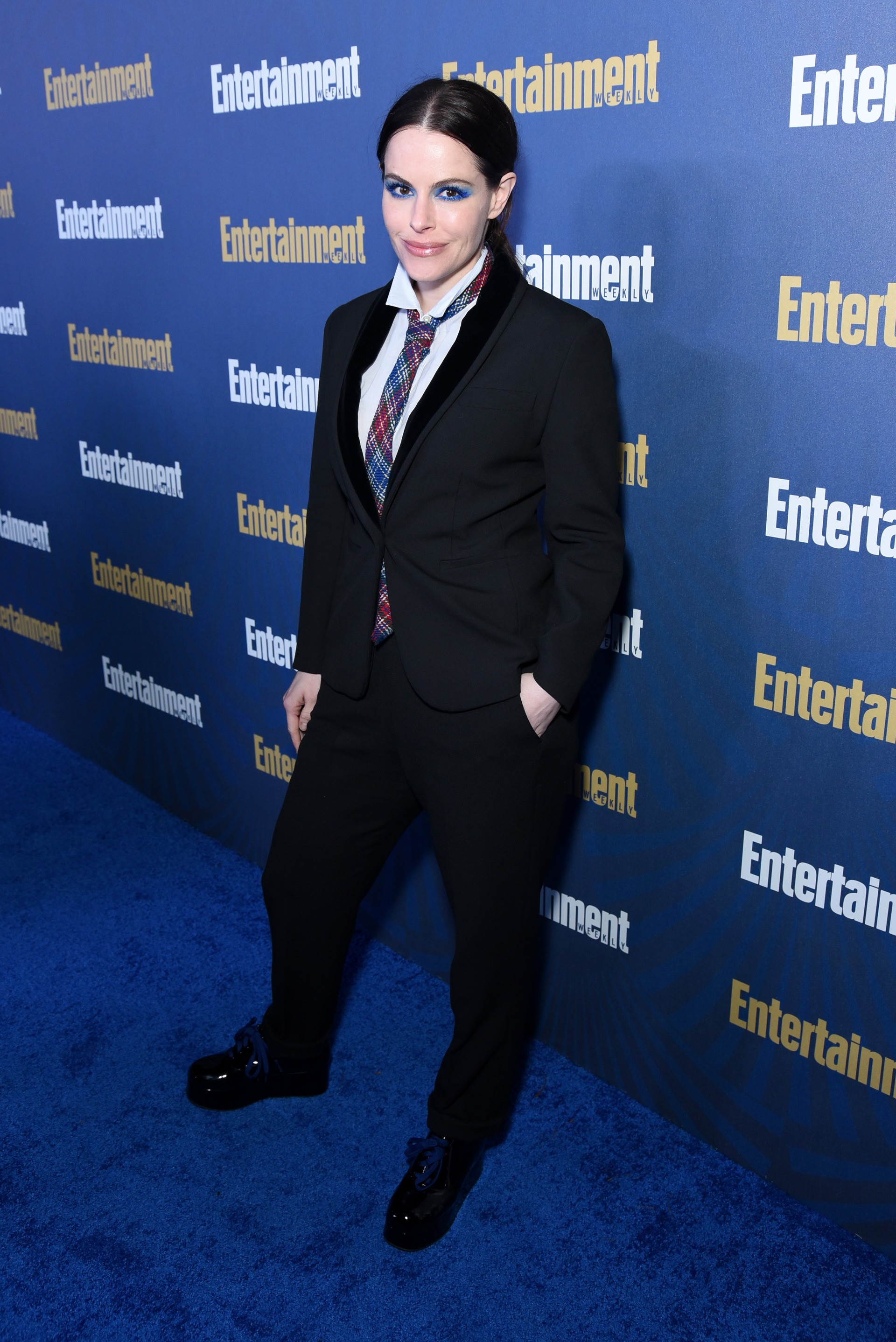 She said part of her wishes she could live in a “utopian world,” where she doesn’t have to identify herself as anything.

“I get why we have to now. But also even with pronouns, my utopian world would be like, ‘We’re just, like, human,” she said. “I came out because I was being asked.”

“It was liberating, in a way, also a self discovery thing, because I can look back in high school and see that I wasn’t just, like, wanting to be like the girls, I wanted to, like, fuck the girls,” the actress added.

The actress also mentioned that while her pronouns are “she” and “her,” she has nonetheless been thinking about the concept of gender pronouns “a lot” since Lovato “came out as non-binary.”

“I don’t have any desire to change my pronouns, but I do feel like every issue I’ve ever had in my life would be so much better if no one pre-judged me as being a woman or a girl or female,” she said. 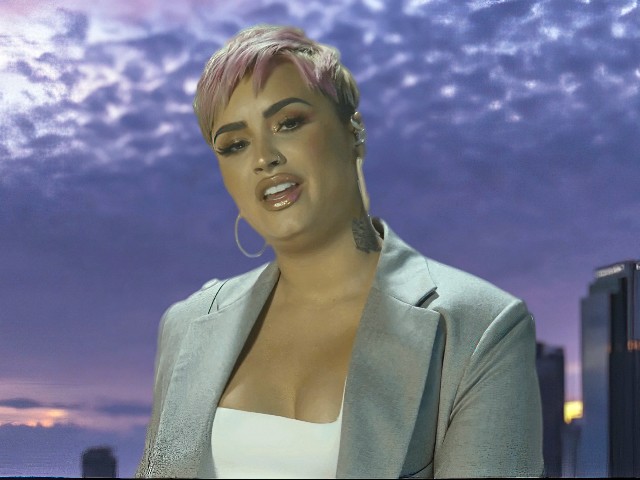 In this image from video, Demi Lovato performs during a Celebrating America concert on Wednesday, Jan. 20, 2021, part of the 59th Inauguration Day events for President Joe Biden sworn in as the 46th president of the United States. (Biden Inaugural Committee via AP)

Lovato came out as gender non-binary in May, adding that she would be using the pronouns “they” and “them” to refer to herself. The singer has also declared herself a pansexual.

Identifying as “pansexual,” non-binary, and transgender has become a trend sweeping through Hollywood.

In the wake of the entertainment industry promulgating the concept of gender fluidity — as well as media outlets and left-wing activists hyping transgenderism — more young people are identifying as nonbinary than ever.

Research published by the Trevor Project has found that over one in four — 26 percent — of LGBTQ youth identify as non-binary. An additional 20 percent said they are not sure or are questioning whether they identify as nonbinary.