Russia said it successfully test-fired a new hypersonic cruise missile from a submarine against a target in the Barents Sea on Monday evening.

“The Russian Navy have performed the first-ever test launch of a Tsirkon-class hypersonic missile from the Severodvinsk nuclear submarine,” Russia’s Defense Ministry announced on October 4.

The Severodvinsk launched the hypersonic missile from a submerged position, at a depth of 40 meters, in the White Sea at a target in the Barents Sea.

“The missile aimed at a conditional naval target located in the Sea of Barents. According to the objective monitoring data, the flight course of the missile has matched the specified parameters. The conditional target has been hit,” Russia’s Ministry of Defense confirmed in a statement.

“The submarine-based Tsirkon missile test launch has been considered a success,” the ministry affirmed. 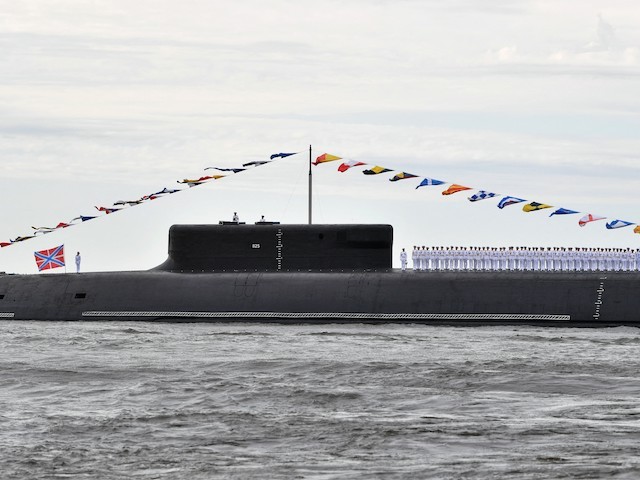 Soldiers of the Russian Navy stand on the nuclear-powered ballistic missile submarine Project 955A Borei-A ‘Knyaz Vladimirt’ as they take part in the Navy Day parade, celebrating the 325th anniversary of the Russian Navy, in St.Petersburg on July 25, 2021. (Alexey Nikolsky/SPUTNIK/AFP via Getty Images)

Hypersonic weapons travel at speeds near and above Mach 5, or five times the speed of sound. They are capable of maneuvering mid-flight, allowing them to evade tracking and intercept systems designed for traditional projectiles.

The Russian Navy has previously tested the 3M22 Tsirkon hypersonic missile “several times from the Northern Fleet frigate ‘Admiral Gorshkov’, both in 2020 and 2021,” the Barents Observerrecalled on October 4.

“Previous tests have also included Tu-22M bombers taking off from airbases at the Kola Peninsula,” the newspaper noted Monday, referring to a Russian peninsula located between the White Sea and Barents Sea.

Russian President Vladimir Putin said in 2018 that Tsirkon missiles are capable of accelerating up to Mach 9 (nine times the speed of sound) and hitting targets at a distance of more than 1,000 km (621 miles). 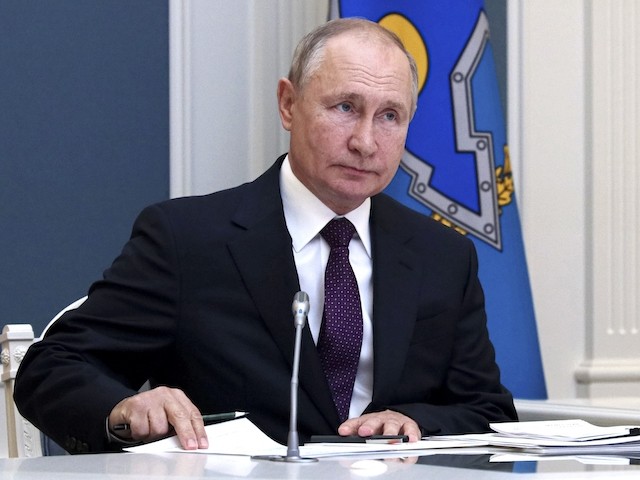 “Both existing and future multi-purpose submarines and new frigates sailing for the [Russian] Northern Fleet are supposed to be armed with the Tsirkon-missile,” according to the Barents Observer.

Hypersonic systems are among the U.S. military’s “highest priorities in the Defense Department’s modernization strategy to ensure continued U.S. battlefield dominance,” U.S. Department of Defense (DOD) official Michael E. White said in May. White serves as the principal director for hypersonics in the Office of the Undersecretary of Defense for Research and Engineering.

“[Hypersonics] capability is so important [that] the 2017 National Defense Strategy establishes [DOD’s] need to deter and, if necessary, defeat our great-power competitors, China and Russia,” he told DOD News on May 3.

“And for more than a decade, these great-power competitors have been rapidly developing highly capable systems that challenge our domain dominance on the tactical battlefield,” White acknowledged.