Rental car prices ahead of Thanksgiving have seen a substantial increase compared to 2020 and 2019, according to reports.

Rental car prices are up as much as 75 percent since 2019 and 66 percent from 2020, ABC 7 reported, citing the travel agency Kayak. Demand has also appeared to spike, as Kayak explained car rental searches are 230 percent higher than they were in 2019.

Autoslash.com CEO and founder Jonathan Weinberg told the New York Post that some rental customers are shelling out $300 a day for a vehicle in destinations such as New York, and nationwide the average is around $100 a day. He added that rental prices are up more than 50 percent in comparison to 2019.

“Things are pretty crazy at the moment and the reason is because we have a massive shortage of rental cars, there is a semiconductor shortage, basically computer chips are not available and with today’s modern cars, they require over 100 chips in each one,” Weinberg shared with the Post on Tuesday. 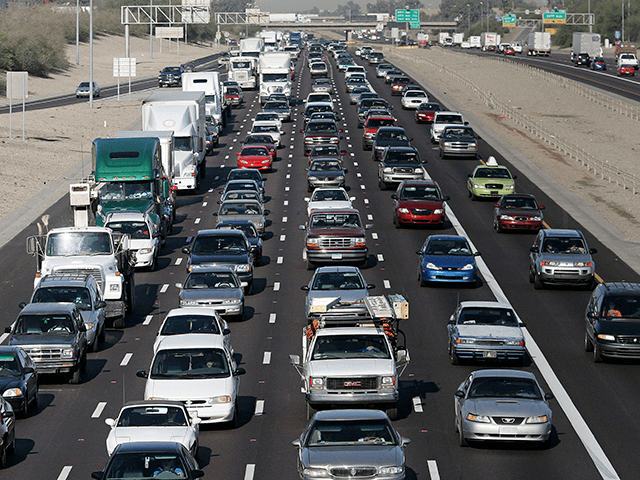 Weinberg went on to add:

“Things are pretty crazy at the moment and the reason is because we have a massive shortage of rental cars, there is a semiconductor shortage, basically computer chips are not available and with today’s modern cars, they require over 100 chips in each one,” Weinberg told The Post Tuesday.

“I think there was a lot of apprehension with traveling last year and the rental car companies still had enough inventory to meet that demand and now it’s completely flipped on its head,” Weinberg said.

Twenty-nine-year-old Ed L. shared his expensive rental story with the Post on Tuesday.

“I’m in shock. I came today to pick it up and beat the rush but I had to cut a day off and I’ll start tomorrow morning,” he added. “Last time I did this the gas and tolls cost more than the rental. I hope that’s not true this time!”

Ivan Drury is the senior manager of insight at Edmunds and echoed Weinberg’s sentiments about rental car supply and demand issues throughout the pandemic.

“It really comes down to the fact that last year during the heat of the pandemic, the rental agencies weren’t moving units, no one was moving cars, they were holding on to these depreciating assets… they decided they were just going to have to sell these things,” Drury explained.

As a result, inventory is down some 80 percent at rental companies, Drury added.

“Right now new car dealers only have about 20 percent of the inventory that they are accustomed to having during a normal year so we’ve even seen that rental agencies [who] want to buy x amount of units, they can’t even get those delivered to them, some rental car agencies are even resorting to used cars,” he told the Post.

Gas prices will drive travel costs even higher for consumers. According to AAA, as of November 24, the national gas price average was $3.39 per gallon. The current average is a $1.28 per gallon increase since November 24, 2020, when prices registered $2.11 per gallon nationwide.