Reuters reports that tech and e-commerce giant Amazon plans to take a more active approach to censoring what it considers rule violating content from its cloud hosting service. Websites and apps that rely on Amazon hosting will be forced to find another host or disappear from the internet. Amazon currently holds 40 percent of the cloud hosting market.

Reuters reports that according to sources, Amazon is taking a more hands-on approach to the moderation of its cloud services platforms. Amazon will reportedly begin actively looking for what it considers rule violating content, such as websites that promote violence, and will enforce the removal of content. 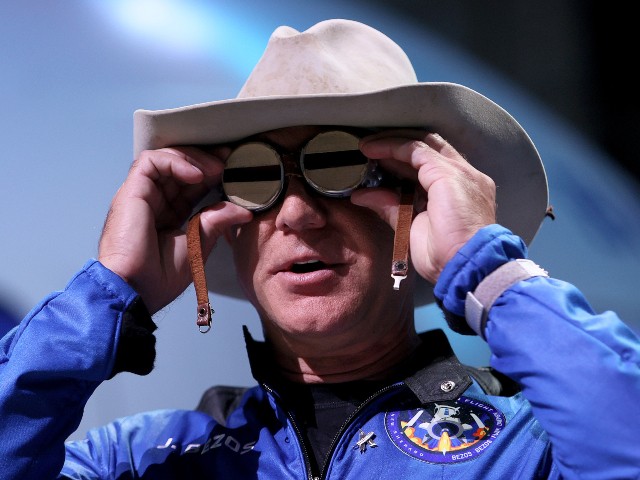 In this Feb. 19, 2013 file photo, the internet trader Amazon logo is seen behind barbed wire at the company’s logistic center in Rheinberg, Germany. A European Union court annulled Wednesday, May 12, 2021 a ruling by the European Commission that a tax deal between the Luxembourg government and Amazon amounted to illegal state support. The Commission’s decision related to Luxembourg’s tax treatment of two companies in the Amazon group, Amazon EU and Amazon Europe Holding Technologies. (AP Photo/Frank Augstein, File)

Amazon reportedly plans to hire a small group of individuals in its Amazon Web Services division that will work with outside researchers to monitor rule-violating content. This could result in Amazon, which currently holds 40 percent of the cloud service market share according to the research firm Gartner, becoming one of the most powerful online content controllers on the internet.

Breitbart News has reported extensively on Amazon’s removal of the free-speech focused social media app Parler from its platform. In January of this year, Breitbart News reported:

The social media website Parler has been taken offline after its hosting account was suspended by Amazon Web Services which claimed that the site failed to adequately moderate content on its platform.

In an email to Parler, Amazon stated: “Recently, we’ve seen a steady increase in this violent content on your website, all of which violates our terms. It’s clear that Parler does not have an effective process to comply with the AWS terms of service.”

The email added: “It also seems that Parler is still trying to determine its position on content moderation. You remove some violent content when contacted by us or others, but not always with urgency.”