iPhone maker Apple hit a record 23 percent market share in China in 2021, reclaiming its spot as the number one smartphone brand in the country. The surge in iPhone sales comes after it was revealed that the company signed a secret $275 billion deal with the communist government to build “the most advanced manufacturing technologies” in the country.

CNBC reports that in the fourth quarter of 2021, Apple’s smartphone market share in China surged to a record high allowing the company to reclaim its spot as the number one smartphone brand in the country for the first time in six years. 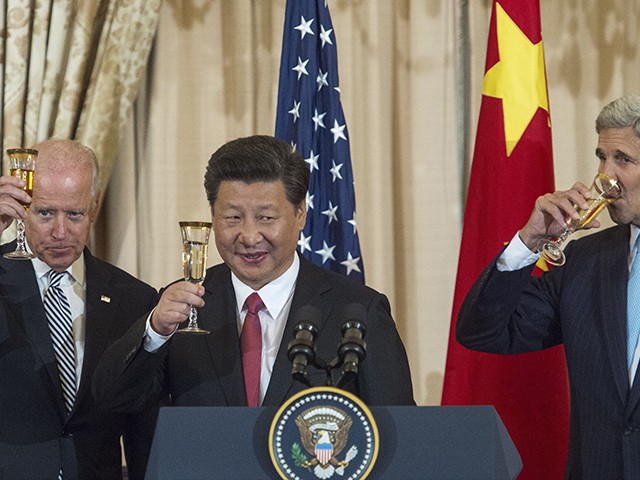 (L-R) US Vice President Joe Biden, Chinese President Xi Jinping and US Secretary of State John Kerry make a toast during a State Luncheon for China hosted by Kerry on September 25, 2015 at the Department of State in Washington, DC. AFP PHOTO/PAUL J. RICHARDS ( PAUL J. RICHARDS/AFP via Getty Images) 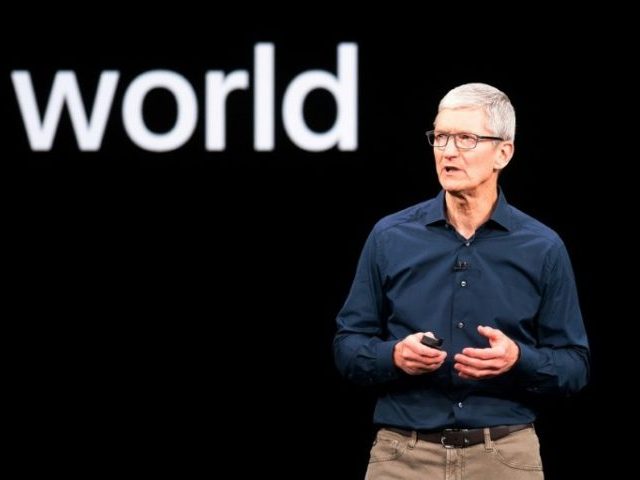 This is great news for Apple which has worked hard to gain a foothold in the Chinese market by cozying up to the communist government. Breitbart News previously reported that Apple CEO Tim Cook signed a secret deal with China in 2016 worth $275 billion to prevent restrictions on its business in the country. As part of the deal, Apple agreed to help Chinese firms build “the most advanced manufacturing technologies” and invest “many billions of dollars” in the country. The five-year agreement was designed to placate Chinese government officials who felt that Apple was failing to invest enough in the Chinese economy.

In the fourth quarter of 2021, Apple had 23 percent of the Chinese smartphone market and sales grew by 32 percent year-on-year, according to research by market analysts Counterpoint Research. Counterpoint Research’s analyst Mengmeng Zhang commented: “The new iPhone 13 has led the success due to a relatively lower starting price at its release in China, as well as the new camera and 5G features. Furthermore, Huawei, Apple’s main competitor in the premium market, faced declining sales due to the ongoing US sanctions.”

Lam added that China is “experiencing a complex economic environment where exports are driving the growth and domestic spending remains lackluster.”