Pope Francis to Journalists: Immigrants Are Not ‘Dangerous Invaders’

ROME — Pope Francis urged journalists Monday not to portray immigrants in a negative fashion but rather sympathetically as human-interest stories.

In his annual message for the World Day of Social Communications, the pope said that “the reality of forced migration is also a complex issue, and no one has a ready-made prescription for solving it.”

“I repeat that, in order to overcome prejudices about migrants and to melt the hardness of our hearts, we should try to listen to their stories,” Francis said. “Give each of them a name and a story.”

“Many good journalists already do this. And many others would like to do it, if only they could. Let us encourage them! Let us listen to these stories!” the pontiff continued.

Rather than providing scary statistics on migration or depicting migrants as invaders, journalists need to focus on the positive and the human, he stated. 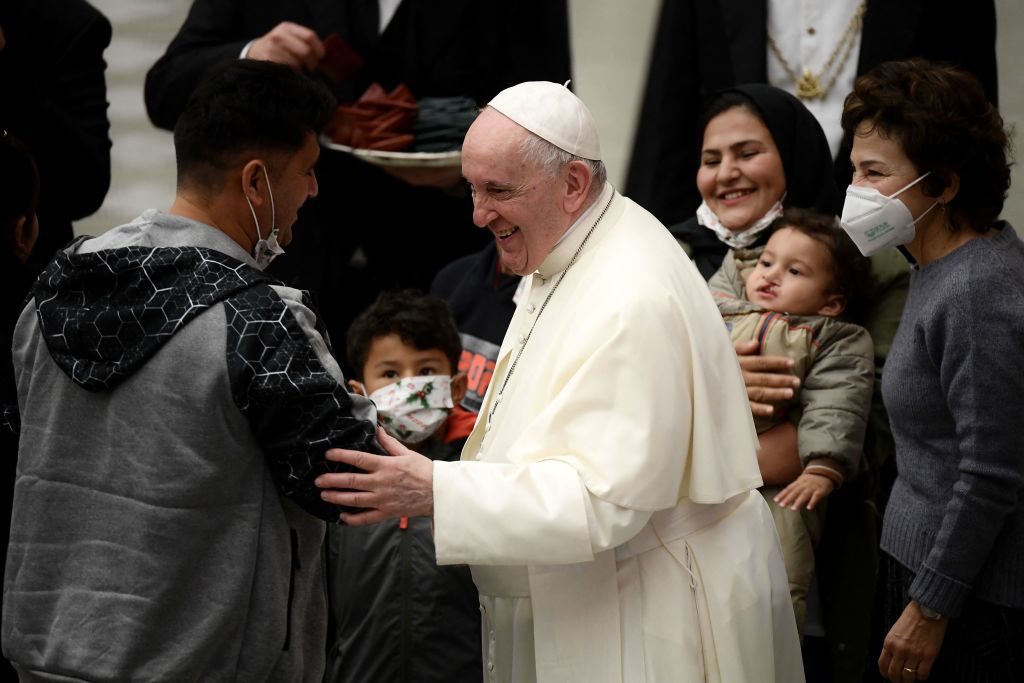 Pope Francis (C) meets an Afghan refugee family, who came from Lesbos, after the general audience in the Paul VI Hall at the Vatican on December 22, 2021. (FILIPPO MONTEFORTE/AFP via Getty Images)

“Everyone would then be free to support the migration policies they deem most appropriate for their own country,” the pope said. “But in any case, we would have before our eyes not numbers, not dangerous invaders, but the faces and stories, gazes, expectations and sufferings of real men and women to listen to.”

Since his election in 2013, Pope Francis has made openness to migrants a hallmark of his pontificate and his first trip as pope was to the Italian island of Lampedusa, the ground zero of Europe’s migrant crisis, to meet with migrants there.

So when will Pope Francis tear down his wicked Vatican Wall and embrace millions of migrants? And when will the Vatican let unvaccinated migrants in? https://t.co/eawkFWCPdG

The following year, Francis made one of his more controversial statements regarding immigration, insisting that the rights of migrants trump national security interests.

While calling for a streamlined process of granting visas to migrants, Francis said the principle of ensuring each person’s dignity “obliges us to always prioritize personal safety over national security.”