Nearly half of Americans view COVID as the country's top health problem, even though the virus was the third leading cause of death in 2020.

Nearly half of U.S. adults view coronavirus as the country’s top health problem, even though the virus was the third leading cause of death behind heart disease and cancer in 2020.

According to a Gallup poll released on Tuesday,  47 percent of adults polled between Nov. 1-16 think COVID-19 is the greatest threat to health — down from 67 percent in November 2020. The poll was executed before the omicron variant was publicly announced.

The COVID-19 pandemic caused roughly 375,000 deaths in 2020, and more than 770,000 deaths total in the United States, according to data from the New York Times. As worry over coronavirus has declined, concerns about healthcare access and cost have increased to 11 percent and 9 percent. Neither have reached pre-pandemic levels of concern.

Concern over heart disease, which is the leading cause of death in the U.S.,  remained at one percent in 2018, 2020, and 2021. According to the Centers for Disease Control and Prevention, roughly 659,000 people in the U.S. die from heart disease each year — one out of every 4 deaths.

Concern about cancer has decreased, going from 10 percent in 2018, to 4 percent in 2020, and finally to 3 percent in 2021, according to the report. Cancer is the second leading cause of death in the U.S, with 599,601 cancer deaths in 2019. The National Cancer Institute estimated that more than 1.8 million new cases of cancer would be diagnosed in 2020 and more than 600,000 would die from the disease. According to the survey, concern over cancer reached a high of 23 percent in 1999 before steadily declining to its current record low. 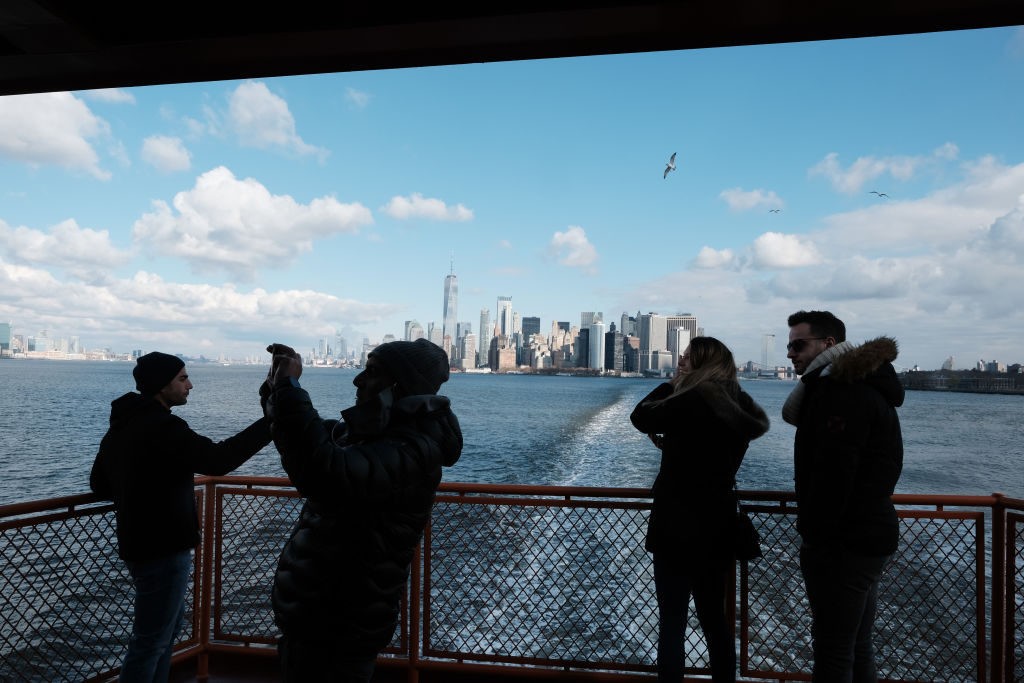 Tourists take pictures from the Staten Island Ferry in New York City. Across New York City and the nation, people are being encouraged to get either the booster shot or the Covid-19 vaccine, especially with the newly discovered omicron variant slowly emerging. (Spencer Platt/Getty Images)

With vaccines available, immunization is now cited by 6 percent of U.S. adults as the “most urgent health problem” above both heart disease and cancer. Not surprisingly, “it is a bipartisan concern” mentioned by 7 percent of Republicans and 6 percent of Democrats, “but for different reasons.

“Most Republicans citing vaccinations reference vaccine mandates and “forcing people to take the vaccination,” while Democrats are concerned about vaccine hesitancy and the failure to get everyone vaccinated,” according to the poll.

The decline in coronavirus being seen as a top concern is being seen equally among all age groups, men, and women, and has also declines among all major political groups. However, the decline has been more steep among Democrats and independents, “who were far more likely to name it last year,” than Republicans.

“In November 2020, COVID-19 dominated Democrats’ and independents’ perceptions of the most urgent problem, with 81% and 70%, respectively, naming it. This was in the final months of Republican Donald Trump’s presidency and before any coronavirus vaccines had been approved for public use. At the same time, a bare majority of Republicans (56%) saw the virus as the leading health problem,” the report states.

“Today, with Democratic President Joe Biden in office and much of the country vaccinated, Democrats’ and independents’ concern has fallen more than 20 percentage points, to 57% and 42%, respectively. Republicans’ concern has declined by less than half as much, to 45%.”

According to the report, only one illness besides coronavirus has ever ranked as Americans’ top concern about health problems — 62 percent of respondents named AIDS the first time Gallup polled Americans on the topic in 1987.

It's amazing what common sense, scientifically accurate, and unwavering leadership can do. https://t.co/XdgcV6NFtC

“Whether concern about the virus plummets further next year or trails off slowly, as concern about AIDS did in the 1990s, may depend on how effective vaccines and medical treatments are at keeping up with new variants and allowing the country, if not the world, to return to its pre-pandemic normal,” the report concluded.

The poll was conducted with 815 adults and has a margin of sampling error of ±4 percentage points at the 95 percent confidence level.