Video footage broadcast by North Korean state media this week shows soldiers performing various feats of strength before North Korean leader Kim Jong-un, who looks on at the display from a crowd including several Korean People’s Army officers and government ministers. North Korea’s military incorporated the event into an opening ceremony to launch a defense weapons expo in Pyongyang, which kicked off on Monday.

Video of the martial arts performance appears to capture North Korean soldiers, many shirtless, breaking out of metal chains, bending iron rods using just their necks, and smashing concrete bricks with bare fists. Some of the soldiers endured mock assaults by a gang of fellow servicemen, who used wooden planks to pummel shirtless troopers on their bare heads and backs before the wood quickly broke apart on contact. The show also featured soldiers lying on beds of glass shards and nails.

Korea has a long tradition of martial arts, including its indigenous sport of taekwondo – developed by a South Korean general who later fell out with the South’s military-backed leader Park Chung-hee and became a frequent visitor to Pyongyang, where he died in 2002.

“It is now often used by the North to symbolize its military prowess,” the news outlet noted of taekwondo.

Pyongyang hosted the weapons expo by North Korea’s military this week, which was timed to coincide with the 76th founding anniversary of the country’s ruling communist party, the Workers’ Party of Korea (WPK). North Korean leader Kim Jong-un gave a speech on October 11 as part of the expo’s opening rituals. He stood in front of a weapons showcase during his lecture, which included North Korea’s largest intercontinental ballistic missile (ICBM), the Hwasong-16, which Pyongyang debuted during a military parade in October 2020. 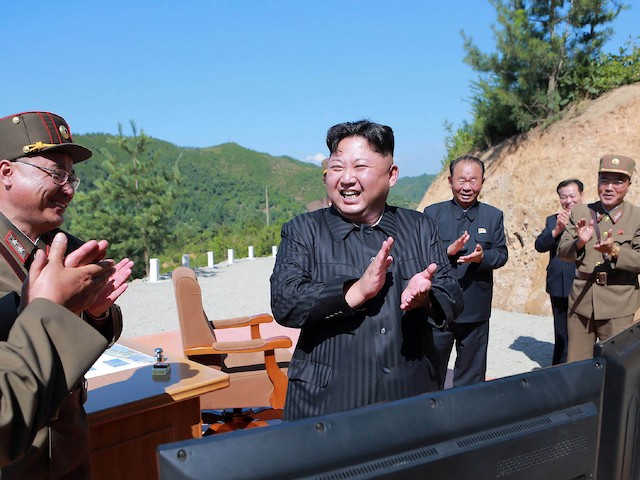 “North Korea must have purposefully timed their defense exhibition this week to gain traction from the international community ahead of South Korea’s scheduled show to sell their weapons systems abroad,” Cho Jin-soo, former president of the Korean Society for Aeronautical and Space Sciences, told Reuters on October 14. “They are piggybacking on the South to sell the weapons and delivering a message of ‘forget me not.'”

“Although superficially similar and conspicuously timed, the two events are quite different, and the two Koreas do not compete for the same customers,” Reuters noted of the North and South’s respective military expos this month.

Heavily sanctioned by the international community for its nuclear program, and with its borders shut to China during the pandemic, “North Korea’s event has been visited by officials from around the country, according to state media, but no major international delegations,” the news agency reported.

“In recent years a United Nations panel of experts monitoring international sanctions has accused North Korea of continuing to export arms, and conduct military cooperation with countries such as Syria and Myanmar,” Reuters recalled. 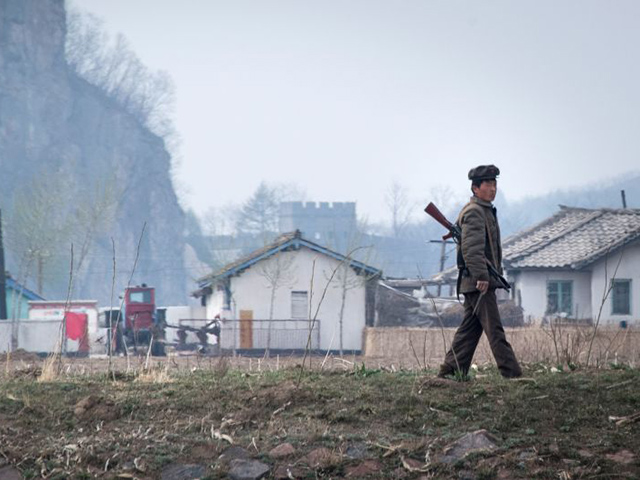 A North Korean soldier walks near the Yalu river near Sinuiju, opposite the Chinese border city of Dandong, on April 16, 2017. (Johannes Eisele/AFP via Getty Images)

South Korea, on the other hand, says this year’s ADEX will “feature 440 companies from 28 countries. About 300 military and defense officials from 45 countries, including defense ministers, are expected to attend,” Reuters predicted.