For very good reason, the media and Democrats feel threatened and terrified by the “Let’s go, Brandon!” chant, which is why we must never stop saying it.

If the organized left understands nothing else, it understands the power that comes when normal, everyday people realize they are not alone.

This is why, among the joyless left, there was a weekend-wide, five-alarm freakout over a Southwest Airlines pilot reportedly saying over the intercom, “Let’s go, Brandon.”

Before I go any further, it’s important to point out that this particular pilot incident might not have happened. So it’s entirely possible the so-called journalist who reported it might have done what our media now do all the time, which is, make the whole thing up.

Regardless, the freakout over the alleged incident is what’s important.

As we can all see, the left is desperate to stamp out the revolutionary appeal of “Let’s go, Brandon!”

But because Americans are glorious, we embraced NBC’s lie with both hands, and now “Let’s go, Brandon!” is our not-so-secret code for “Fuck Joe Biden!” 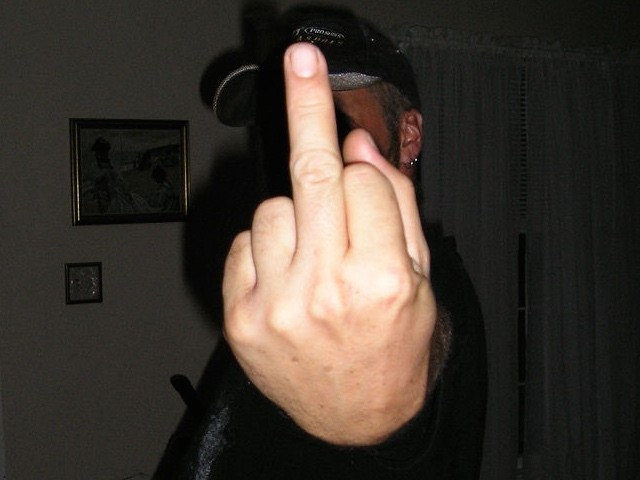 Like the persecuted Christians of old who identified themselves to one another by drawing a fish in the dirt, “Let’s go, Brandon!” is shorthand for I’m with you. You are not alone. We are in this together. Oh, and fuck Joe Biden.

Best of all, shouting “Let’s go, Brandon” is good, clean fun. Rebellion is fun. Sticking a finger in the eye of power and corruption is fun. Watching the uptight squares on the left clutch their pearls like Margaret Dumont is delightful.

And that’s why the left is terrified.

You see, one of the primary goals of the left is to make normal, everyday Americans feel as though we are outnumbered and alone. Thus, any traditional American who spends even half a minute partaking in academia, television, movies, popular fiction, or social media is made to feel like an outcast, a freak, a regressive bigot unwelcome in the broader culture.

This is by design. Among other things, the left’s goal in seizing the controls of popular culture is to use peer pressure mixed with propaganda to convince us to sell our souls and our freedom in an effort to belong.

Most Americans, including those still stupid enough to vote for Democrats, do not believe a man can magically transform into a woman, don’t want grade-schoolers taught sodomy, cherish free speech, hate the fascist cancel culture, and oppose the basics of Critical Race Theory. Also, we all want voter ID, school choice, and a fully funded police force. 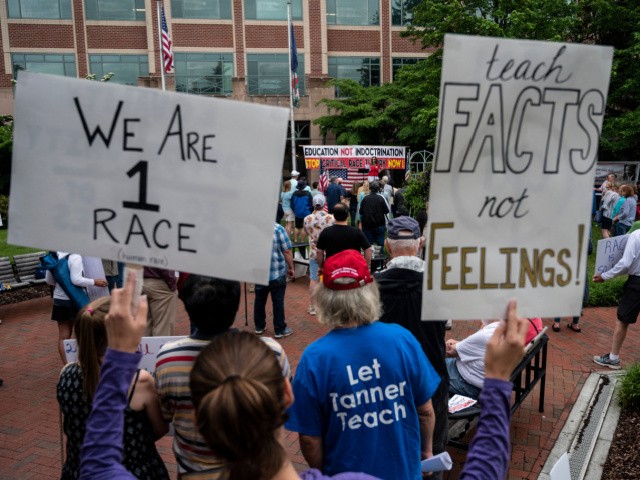 People hold up signs during a rally against “critical race theory” (CRT) being taught in schools at the Loudoun County Government center in Leesburg, Virginia, on June 12, 2021 (ANDREW CABALLERO-REYNOLDS/AFP via Getty Images).

Because we have so much in common, the organized left can only hold on to power by keeping us divided by making normal people feel alone. This is why every appealing grassroots movement on the right — the Tea Party, Trump rallies, Dave Chappelle, and now, “Let’s go, Brandon” — must be strangled in the crib.

The left’s desperation to keep people from joining these movements, to smear these movements and their participants as “racist” or “violent,” is especially important when it comes to the young people Democrats are so desperate to brainwash. A leftist watching college and high school crowds break into “Fuck Joe Biden” and “Let’s go, Brandon” chants must feel like the Romans did when everyone stood up and claimed to be Spartacus.

Like all sour-faced scolds and censors, the left will fail to kill this movement because the movement is real. It’s not astroturf. And it’s just a fact that saying “fuck an old, white guy” is not racist. It’s also a fact that Joe Biden has legitimately failed as president.

Most importantly, this chant offers a liberating sense of solidarity with the like-minded, which feels like a true revelation in our increasingly fascist and suffocating culture. What a thing it is to realize you are far from alone.

Best of all, the more the left gasp and clutch their pearls over “Let’s go, Brandon,” the more fun it is to say.