Jon Stewart has some new thing coming out so he talked to the far-left Hollywood Reporter and feigned surprised over the reaction to his June appearance on Stephen Colbert’s basement-rated CBS late-night show, the one where he ridiculed those who simply cannot believe the coronavirus might have leaked in Wuhan, China, from a coronavirus lab located in Wuhan, China.

Oh my God, there’s been an outbreak of chocolatey goodness near Hershey, Pennsylvania. What do you think happened? Oh, I don’t know maybe a steam shovel mated with a cocoa bean. Or it’s the [bleep] chocolate factory. Maybe that’s it.

He added, “Stop with the logic and people and things. The name of the disease is on the building.”

Of course, he’s right and deserves credit for speaking this truth out loud, especially in front of a gutless, water-carrying, left-wing ideologue like Stephen Colbert. But now Stewart — who is not a stupid man — is pretending to be gobsmacked by the attacks he received from his pals on the left:

STEWART: It’s kind of the point I was making on Colbert that everybody got mad about, which was, “These are just tools, we’re the ones that fuck them up.” So yeah, it’s exciting and connecting and incredibly dangerous, like pretty much everything we’ve ever made.

HOLLYWOOD REPORTER: You’re referencing your June appearance on The Late Show where you went all in on the theory that the coronavirus originated from a lab in China. I couldn’t tell if Colbert was entertained by your bit or maybe a little nervous.

STEWART: I don’t think he was nervous. It’s not like he doesn’t know what I’m going to say. Listen, how it got to be that if it was a scientific accident, it’s conservative, and if it came from a wet market, it’s liberal, I don’t know — I’m just not sure how that got politicized. But it was an inelegant way to get to a bit that I’ve done for years, which is our good-intentioned brilliance will more than likely be our demise. The bit is about the last words that man ever utters, which are, “Hey, it worked.” I guess I was a little surprised at the pushback.

Why would Stewart be surprised at this pushback or that the lab-leak theory has been politicized? 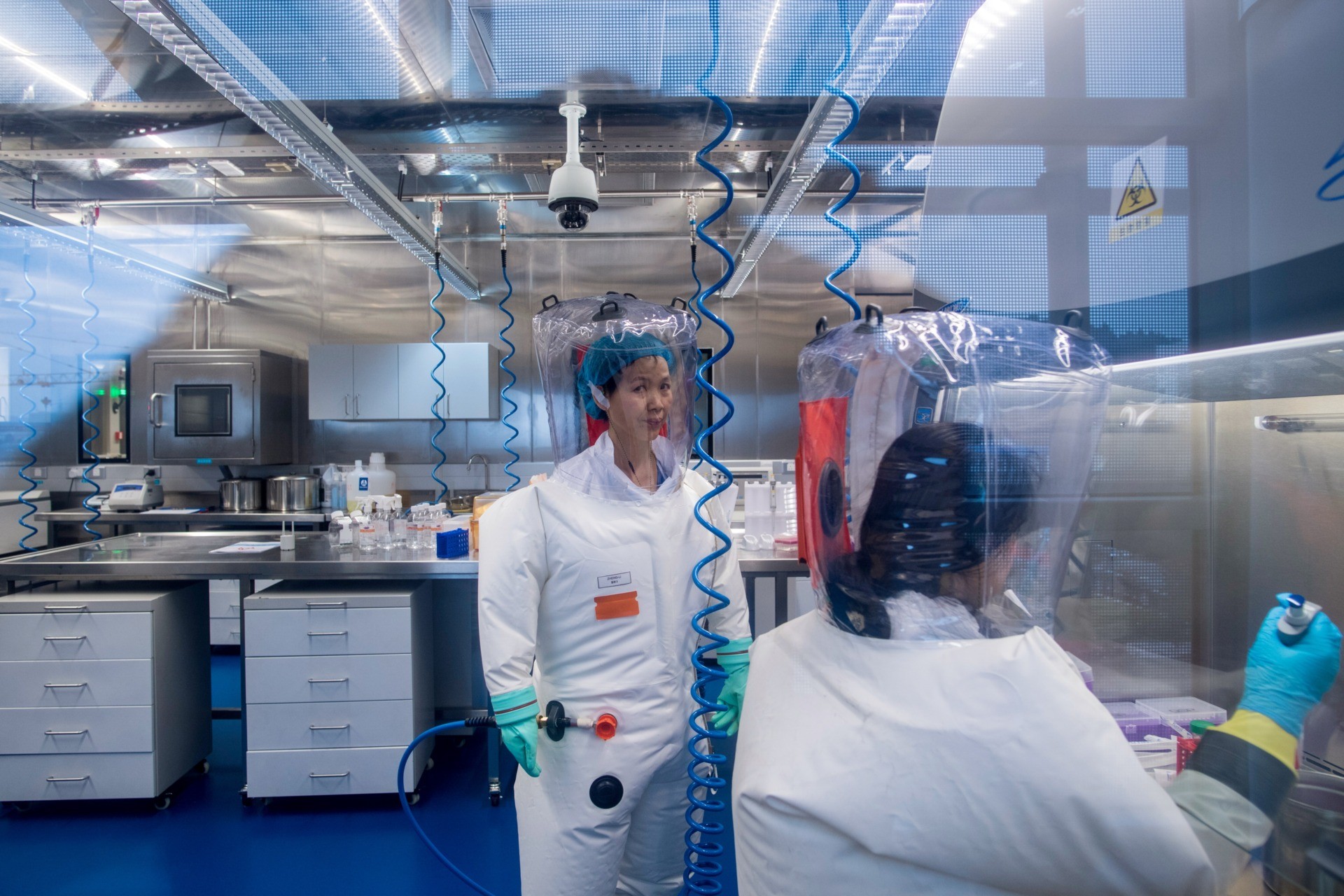 Chinese virologist Shi Zhengli (L) is seen inside the P4 laboratory in Wuhan, capital of China’s Hubei province on February 23, 2017. – The P4 epidemiological laboratory was built in co-operation with French bio-industrial firm Institut Merieux and the Chinese Academy of Sciences. (JOHANNES EISELE/AFP via Getty Images)

Has Jon Stewart been living in a bubble made of kryptonite these last 20 years?

If former President Donald Trump said water is wet, CNNLOL would fact check it as a lie, Joe Scarborough would accuse him of trying to get people drowned, and Jonah Goldberg would bat cleanup by attacking Trump for being so divisive with his simplistic proclamations.

It’s just a afact and has been for 20 years, that if a conservative believes it, if a Republican believes it, and certainly if Trump believes it, it is not only wrong, it’s Adolf Hitler.

As far as being surprised at the pushback, I’ll ask again… Why is Stewart surprised? Has he never heard of Nicki Minaj, Rose McGowan, Bill Clinton’s victims, Joe Biden’s victims? What, Stewart’s surprised that he got savaged by the left for stepping off the left-wing plantation? Gee, yeah, that only happens every time someone does that, so no wonder he’s picking himself off the floor after being knocked over by a feather.

I’m glad he’s telling the truth about the lab leak. I really am. But I’ve always known Jon Stewart was a disingenuous phony, and little things like this continue to prove me right.