The China chickens are finally coming home to roost for Hollywood’s greedy quislings, bigots, and fascists.

After more than a decade of sucking up to China’s socialist Nazis and their slave state, the Chinese have just turned off the money spigot:

There hasn’t been a single significant Hollywood release in China since “A Quiet Place Part II” on May 28 and “Luca” on Aug. 20. Meanwhile, Disney-Marvel titles haven’t been released in China since “Avengers: Endgame” in April 2019. In fact, “Black Widow” still remains without a release permit in China.

Movies that may be at risk include “The Eternals,” directed by Chloé Zhao, who was branded a traitor for her past comments; “Shang Chi and the Legend of the Ten Rings,” where Disney may not have done enough to diffuse charges of racism; “Space Jam: A New Legacy,” because American basketball continues to be a sensitive subject following an NBA official’s 2019 comments on Hong Kong; and “Top Gun,” which is seen as promoting the U.S. military.

The political standoff between China and the U.S. has already gummed up film industry negotiations. Now there’s the possibility that, in a tit-for-tat move following U.S. moves against ZTE, TikTok and Huawei, China may be deliberately hobbling one of America’s biggest export industries. Several seemingly uncontroversial Hollywood titles are without release approvals or dates, including “Jungle Cruise” and “The Suicide Squad.” Sci-fi spectacular “Dune” has the advantage of being backed by the Wanda-owned Legendary Entertainment, but some online commentators are still cool about its prospects.

What the hell is fascist Hollywood going to do now?

Trust me, Disney was counting on Black Widow making bank in China, and China said No soup for you!

You think that dumb GI Joe movie Snake Eyes, that $100 million flop, wasn’t produced with China in mind? Well, China still said No soup for you!

Marvel just poured hundreds of millions into The Eternals and Shang-Chi and the Legend of the Ten Rings, two movies with no major stars, neither of which will probably make it into China. You think Marvel was expecting that? 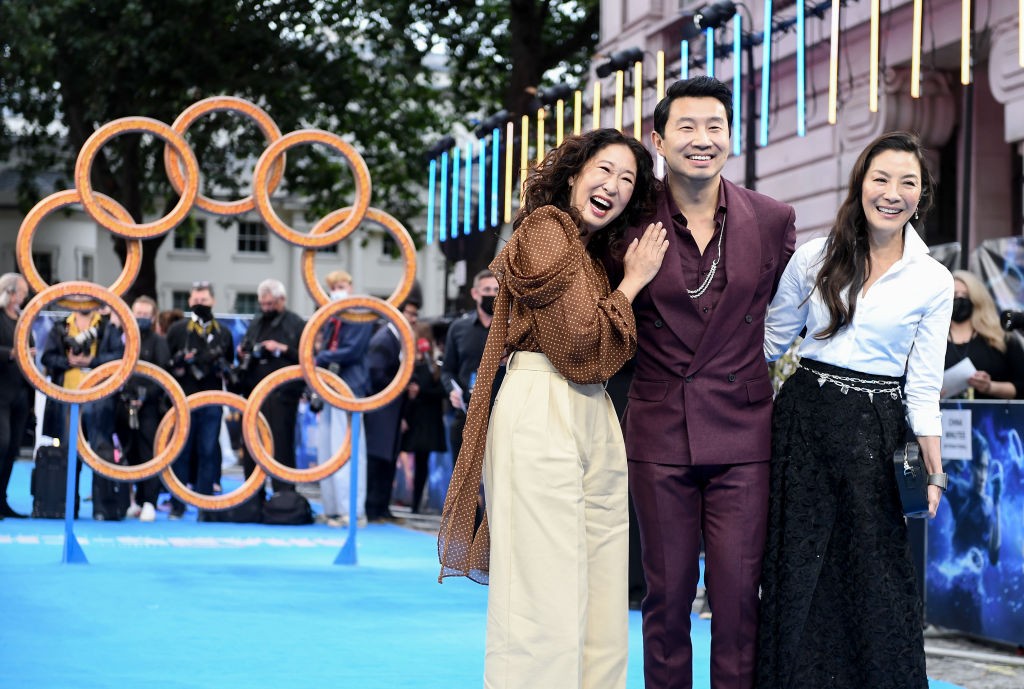 For a decade, Hollywood has not only counted on China’s box office to bail them, to make it possible to profit from bloated, over-produced $300 million blockbusters, that Chinese box office bonanza also made it possible for Hollywood to insult and alienate half of its U.S. customer base, to chase away Christians and conservatives with stereotyping and outright hate.

Despite China’s appalling human rights record, despite China’s millions of slaves, despite millions murdered and China’s total lack of intellectual and artistic freedoms, despite China’s brutality and concentration camps, Hollywood not only sought to win China’s affection, but Hollywood also lionized these slavers and their slave state, turned that wicked government into heroes in movies like 2012. As far as censorship and appeasement, here’s a good place to start. 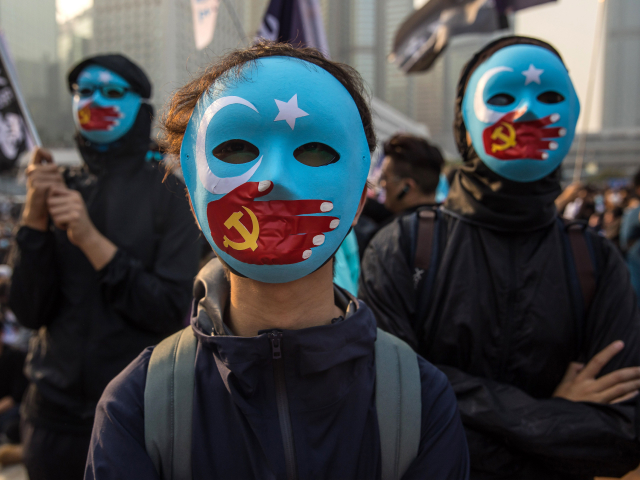 Protesters attend a rally in Hong Kong on December 22, 2019 to show support for the Uighur minority in China. (DALE DE LA REY/AFP via Getty Images)

The China Effect on the magnificent and uniquely American art form of the moving picture has been equally obvious and devastating: a generation of generic, blah, sexless, airless carnival rides that are running out of gas with an American public already losing interest.

To appease China’s need for empty spectacle, Hollywood killed the movie star, killed nuance and complicated characters, killed off everything that made Hollywood great: the celebration of individualism, of being your man, of fighting against the establishment and the rights of the individual.

Without China, Hollywood’s got nothing left. Hollywood bigots have chased away half their American customers because they hate us all in the arrogant belief China’s Nazis would always bail them out.

Hollywood’s SugarNazis just pulled the rug out from under Hollywood, and I feel fine.