“Every film/TV set that uses guns, fake or otherwise,” Alec Baldwin tweeted Monday, “should have a police officer on set.”

He added that the police officer should be “hired by the production, to specifically monitor weapons safety.” 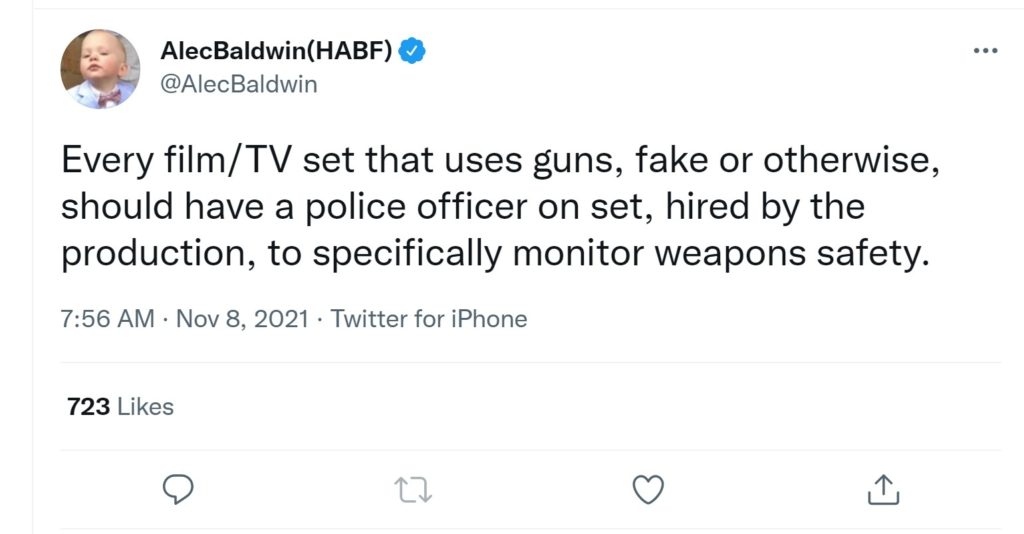 After Alec Baldwin accidentally shot and killed cinematographer Halyna Hutchins late last month on the set of his Western Rust, I expected a moral panic that would birth all kinds of overreactions. In fact, I predicted it. This is how America virtue signals now. We prove how much we care with irrational and unnecessary (and freedom-killing) demands for safety. Kids in masks! Vaccine mandates! Lockdowns!

Let’s not forget that until last month, despite countless movie and television shows featuring millions of rounds of gunfire, no one has been killed by a misfire since actor Brandon Lee 28 whole years ago. In other words, the safety protocols involving guns on movie and television productions work perfect—if they’re followed. Unfortunately, the protocols were not observed on the set of Rust, and now a young woman is dead. 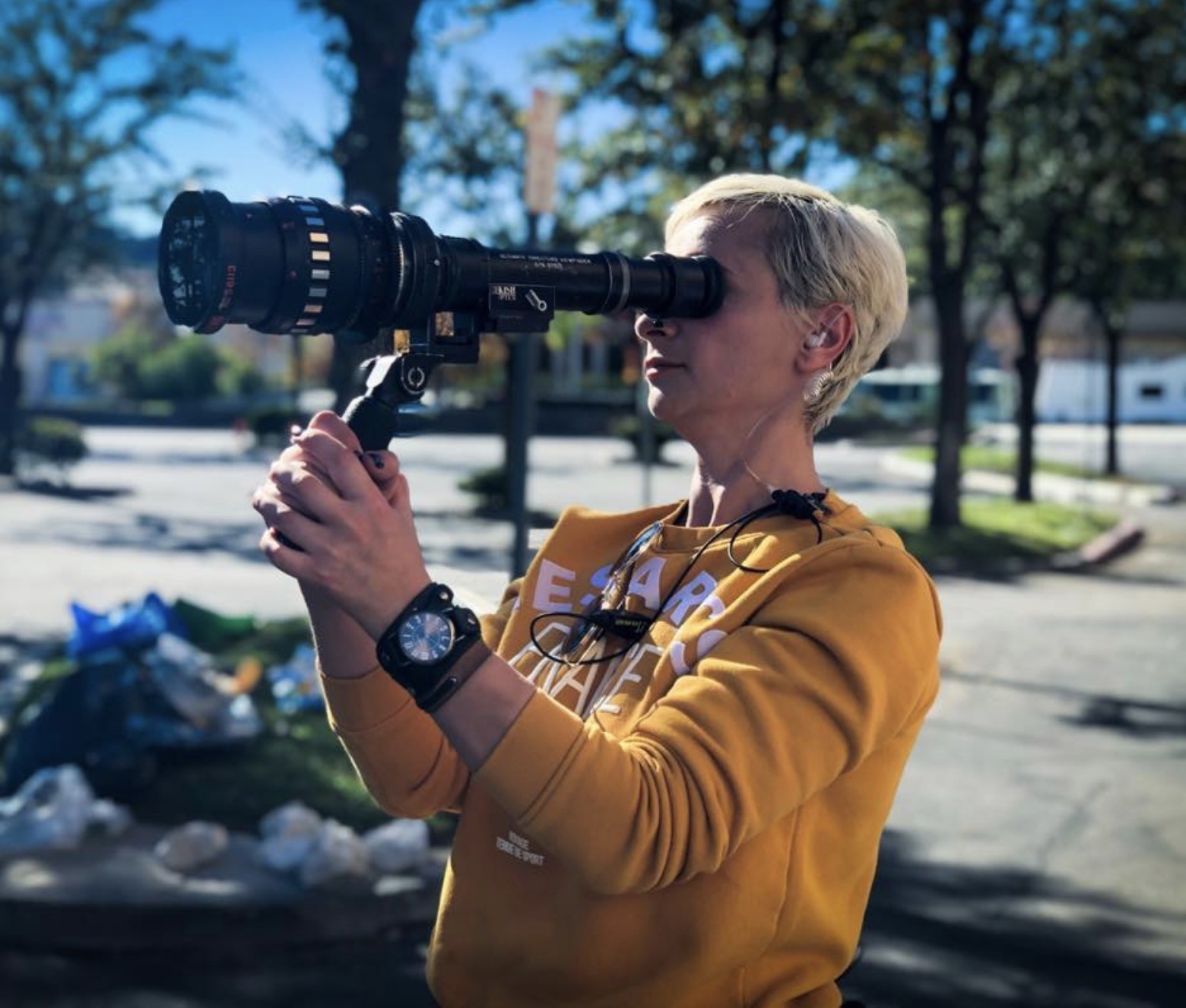 Nevertheless, instead of demanding accountability for those who screwed up, people immediately began to call for an end to the use of real guns and blanks on movie and TV sets. CGI can recreate the muzzle flashes, they said. It’s ridiculous. CGI’d gunfire does not look real. Fake guns that look real are more expensive than real guns. And what about artistic expression?

But just when I thought that would be the dumbest (and most predictable) reaction, along comes Alec Baldwin with this wackadoodle proposal… A cop on every film and TV set? Even if the guns are fake? 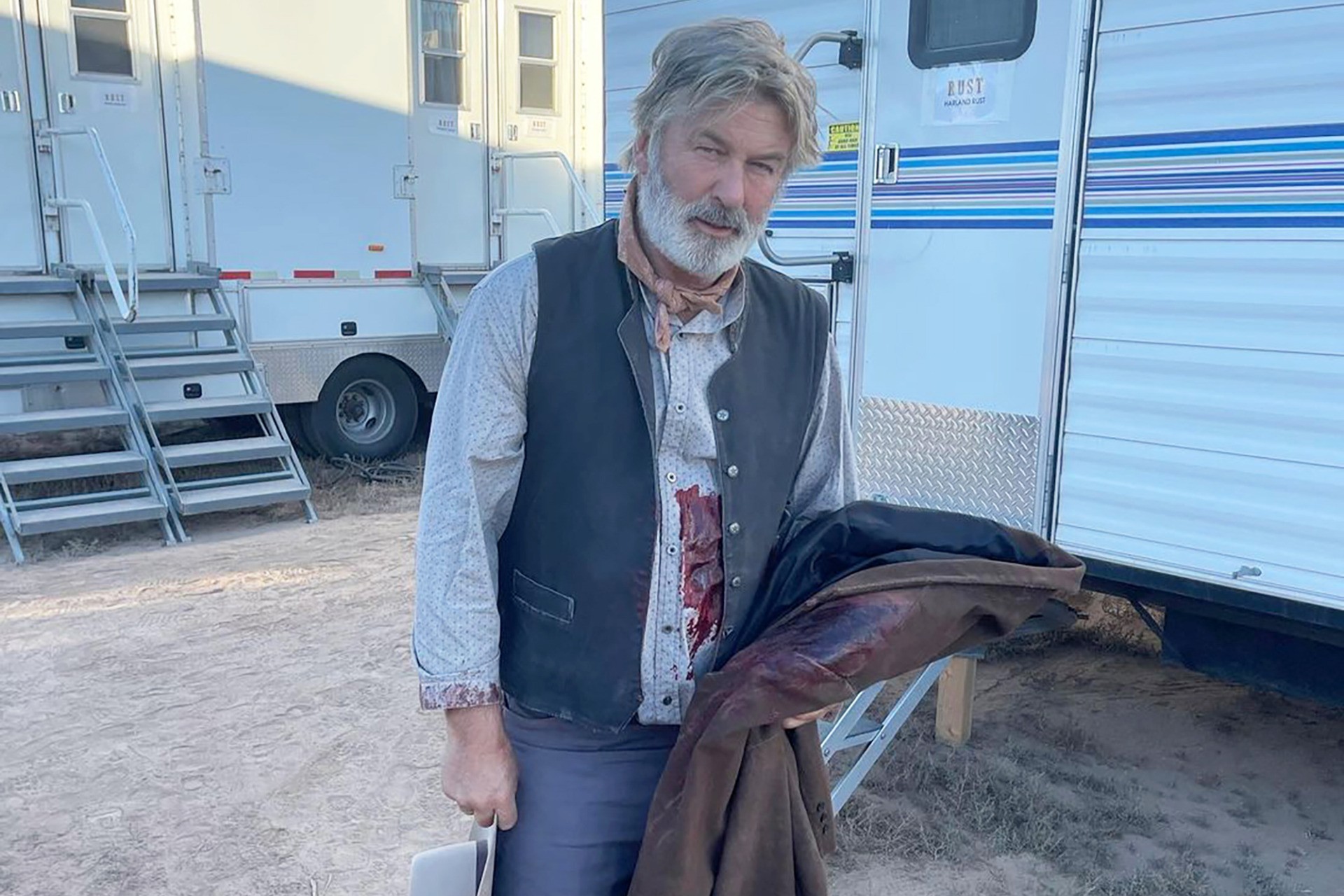 First off, why do you need a police officer on set if you’re using fake guns if all you’re doing is running around going pew, pew, pew?

Secondly, a police officer is nowhere near as safe as the staffer already required to be on any set involving operations firearms, and that’s the armorer.

A police officer might have a lot of experience with his service revolver and some other firearms but an armorer is experienced in all firearms and specially trained to handle, clean, operate, repair, and instruct on those firearms.

This poor woman, this young mother and wife, did not die due to a failure in The System.

Halyna Hutchins died because The System wasn’t followed. Somewhere along the line, people screwed up. And that includes Baldwin, who failed to follow the first rule of firearms: you never point a gun (even if you believe it’s unloaded) at anyone ever.

Besides, I thought we were defunding the police? Now we’re going to have them watching over all this?

Alec Baldwin has my sympathy. This was an accident, and it’s a helluva thing for a man to live with. But virtue signaling with totally irrational and unnecessarily expensive safety protocols is not the answer. Instead, everyone needs to take a deep breath, wait for the investigation, and respect The System already in place.

The best way to ensure no one is ever again accidentally shot on a movie and television set is swift accountability for those who violated safety protocols. I’m not calling for anyone’s head. This was an accident. But there must be accountability.