Nine members of a Cuban national baseball team defected to Mexico in recent days while in the country to compete in an international tournament, the Associated Press (AP) reported Monday.

Cuban government officials confirmed the defections on October 3 in a statement published by the web portal JIT, which is the official organ of Cuba’s National Sports Institute. The sports body denounced the actions of its baseball players as “vile abandonments,” according to the AP.

JIT’s website first acknowledged the mass defection on September 28 while reporting on the 2021 U23 Baseball World Cup. The northern Mexican state of Sonora hosted the biennial tournament this year from September 23 to October 2.

“[S]even athletes chose the path of abandoning us, something that must be classified as a sports betrayal,” JIT wrote.

“The authorities of INDER and the Cuban Baseball Federation have insisted that these dropouts are motivated by the non-existence of a legal, logical, natural path for our players to pursue the goal of succeeding in Major League Baseball [MLB],” JIT revealed. INDER is the Spanish acronym for Cuba’s National Sports Institute.

“[T]he ideal route for this was built during three years of intense and fruitful dialogue, but the crazy blonde Donald Trump, instigated by Florida pressure, was in charge of destroying it with a stroke of the pen,” JIT argued. 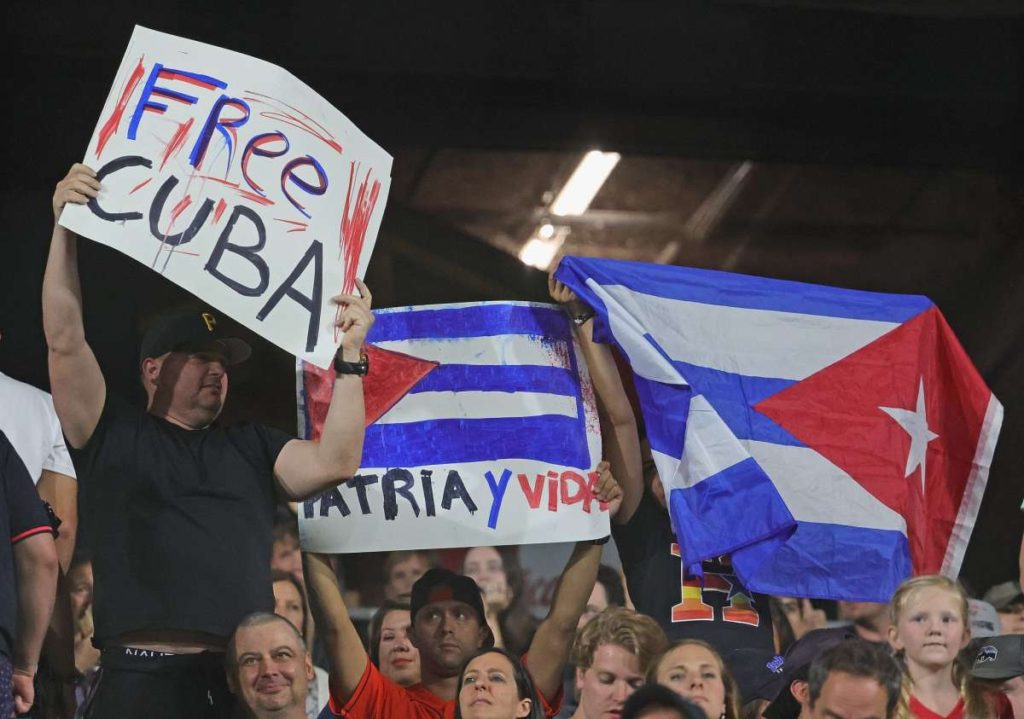 The sports institute referred to a December 2018 agreement between Cuba and the U.S.-based MLB that aimed to normalize sports relations between the two entities. The administration of former U.S. President Donald Trump annulled the deal in April 2019 in an effort to “pressure the island’s Communist government into making political changes,” according to the AP.

The BBC on October 4 cited baseball journalist Francys Romero as saying, “a total of 12 players had defected” from Cuba during the 2021 U23 Baseball World Cup in Mexico.

The latest defection of Cuban athletes “is of particular frustration and embarrassment to the Cuban authorities not only for the number of players to defect at once, but also their ages,” Will Grant, a BBC correspondent for Mexico and Central America, argued on Monday. “In their early 20s, they represented the future of Cuban baseball, charged with returning Cuba to the top after the island failed to qualify for the Olympics in Tokyo 2020 for the first time in its history.”

The defection of nine players from Cuba’s national baseball team last week represents “one of the biggest such losses by a Cuban team playing abroad,” the AP observed on October 4.

“Cuban baseball players are often recruited by scouts looking to sign them to play with major league clubs, and the strained relations between the U.S. and Cuba prevents them from a regular hiring process,” the U.S.-based news agency noted.