Google is facing yet another lawsuit, with the latest multistate suit alleging that the company is engaging in “deceptive” location tracking. Washington DC Attorney General Karl Racine said: “Google falsely led consumers to believe that changing their account and device settings would allow customers to protect their privacy and control what personal data the company could access. The truth is that contrary to Google’s representations it continues to systematically surveil customers and profit from customer data.”

TechCrunch reports that Washington, DC, Texas, Washington state, and Indiana have announced a new lawsuit against tech giant Google, alleging that the company lied to users about the collection of their location data even when the users believed that the tracking was disabled. 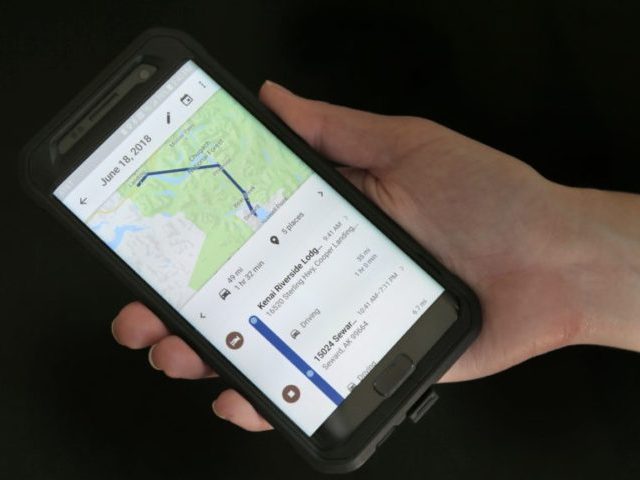 D.C. Attorney General Karl Racine stated: “Google falsely led consumers to believe that changing their account and device settings would allow customers to protect their privacy and control what personal data the company could access. The truth is that contrary to Google’s representations it continues to systematically surveil customers and profit from customer data.”

Racine claims that Google’s privacy practices are “bold dispensations” that actively undermine consumer privacy. Racine’s office began investigating Google’s use of user location data following a report from the Associated Press in 2018 which found that many Google apps on iOS and Android continue to record user location data even when users have disabled the tracking in Google’s privacy options.

This is far from the first time that Google has faced lawsuits over user privacy. Breitbart News recently reported that Texas Attorney General Ken Paxton sued Google earlier this week, claiming that the tech giant sked local radio DJs to record endorsements for Google’s Pixel 4 smartphone despite not providing the DJs with the phones or allowing them to use them.

Paxton previously sued Google in December 2020, alleging alongside a number of other states that Google was running a digital advertising monopoly alongside Facebook. Google called the claims in the lawsuit “meritless.”

According to court documents filed in the Texas antitrust lawsuit, Google for years operated a secret program that used data from pat bids in the company’s digital advertising exchange to give its own ad-buying system an advantage over competitors.

The recently filed lawsuit by Washington, DC, Texas, Washington state, and Indiana alleges that Google developed a location tracking system that is impossible for users to opt-out of and misled users about how their devices’ privacy settings operate. The lawsuit further accuses Google of using deceptive dark pattern design to trick users into making choices against their own interests.

Racine’s office is pursuing an injunction against Google and seeking to force the company to pay out profits that were made by misleading users about their privacy.