Director and co-writer James Wan’s Malignant very much wants to be something it’s not: one of those over-the-top, gonzo horror movies that are more fun than scary and the kind of movie that feels like a find.  You know, a movie you show your friends just to hear them say, How’d I miss that one!?

Granted, Malignant’s third act reveal is nuts enough that it almost redeems this clunker, and Wan pours on the ultra-violence in a few ways that make you laugh despite yourself (that’s a compliment), but it still misses the mark for a whole boatload of reasons.

The characters are shockingly dull. If ever a movie called for big personalities, it was this one, and the lack of even one memorable character is what surprised me the most—they are all forgettable across the board.

Annabelle Wallace is our protagonist, Madison, a pregnant and abused wife who feels unmoored and unconnected to everyone and everything. After a terrible beating at the hands of her bland husband, a supernatural being shows up. He calls himself Gabriel. He has the strength of ten men and moves like a cat on meth. So naturally, people start to die, a whole lot of people, and they’re all connected to Madison and her past. But as gorgeous as Wallis is, her character is a dull mope, always hiding behind long, stringy hair.

Her kid sister Sydney (Maddie Hasson) is a struggling actress (maybe Seattle isn’t the best place to seek fame and fortune in the movies?), and she has a little more personality, but what a waste of what could have been a delightful presence.

George Young plays Kekoa Shaw, the police detective on the case, and he’s a generic, lifeless hunk. His partner Det. Regina Moss (Michole Briana White) is the liveliest character in a movie that should have been loaded with lively characters, and by characters, I mean eccentrics, oddballs, loners, grouches, crazies, sexpots, drunks…

Also missing — and I mean glaringly missing —  is the one thing all classic horror movies require and the Woke Nazis have outlawed: anything approaching sex appeal, T&A, and the hot-cha-cha that made 80’s horror so much fun, and by extension, immortal.

Malignant is also one of those movies where no one behaves logically. Why does Madison stay in the creepy house alone? Why doesn’t Sydney wait until morning to search around that abandoned asylum straight out of The Shining? Why in the holy hell does an Underground Seattle tour guide not turn on the freakin’ lights? As my wife likes to say, Stupid white people. 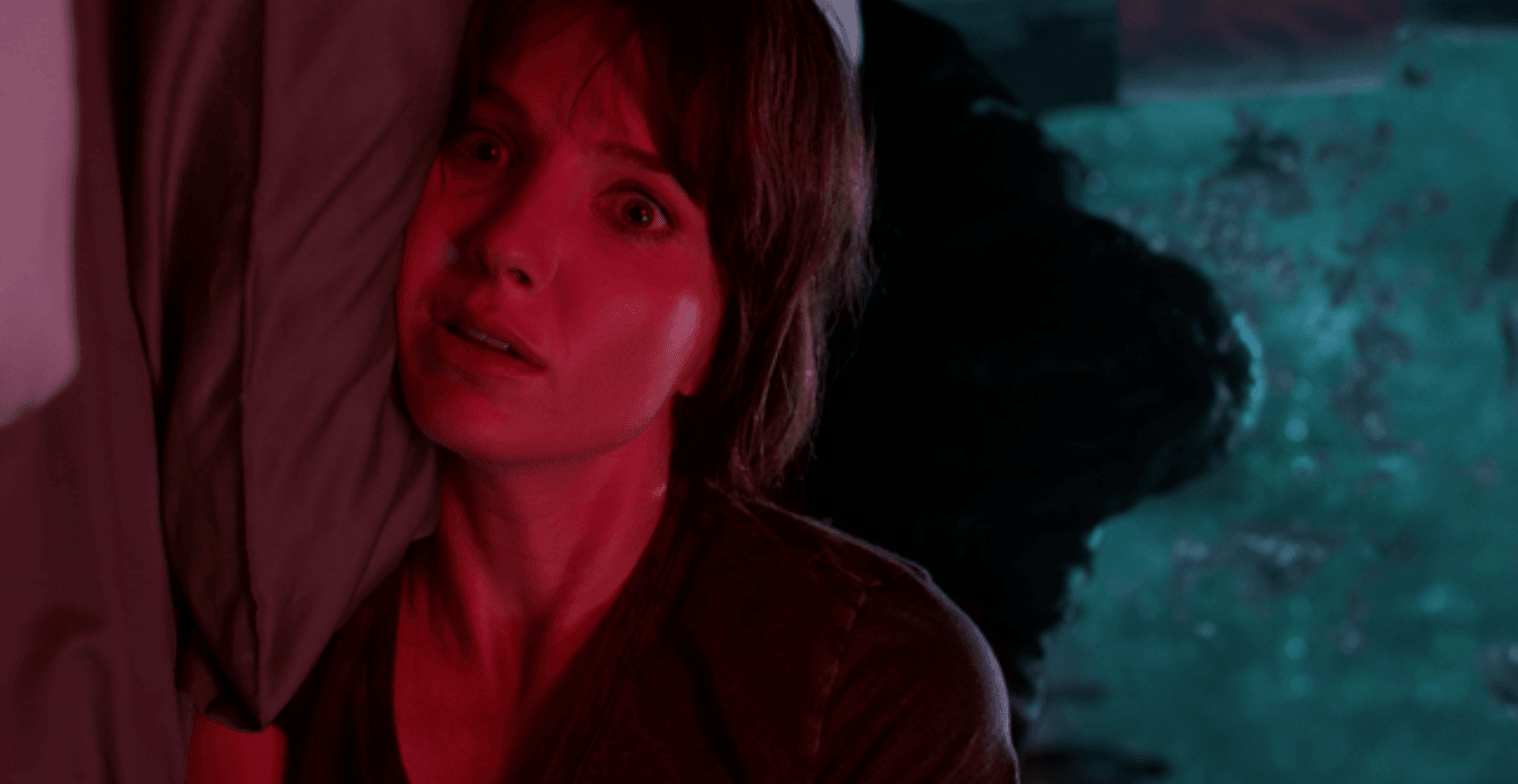 One of my favorite moments was a woman falling through the ceiling, but that too is ruined once you think about it. It was impossible no one knew she was up there.

Wan also over-directs. Every scene is too flamboyant for its own good. An overhead shot (think Psycho) should make you gasp, should add to the horror, not have you thinking, This must have taken a month to rehearse.

Worst of all, Malignant also has nothing to say about the world, and above all, even if it’s something as simple as “Evil is real“ or “Bad girls die and virgins survive” or “Don’t go where you don’t belong,” horror movies must have something to say. Malignant tries with a ham-handed moment about what it means to be a true “blood” family, but the moment just lies there and, ultimately, so does the whole movie.