“As the new foreign minister of the Islamic Republic of Iran, I’m honored to announce that my nation’s willpower is dedicated to the total elimination of all forms of racial discrimination, including apartheid and Zionism,” Iran’s top diplomat said.

“These are crimes that constitute horrible atrocities such as child-killing and the creeping occupation through settlements, which extends to the proximity of Al-Aqsa mosque,” Abdollahian claimed, referring to alleged events in Israel.

Abdollahian made the remarks on September 22 at what Fox News referred to as an “anti-racism” meeting on the sidelines of the 76th session of the U.N. General Assembly.

The U.N. officially referred to the meeting as a “commemoration of the adoption of the Durban Declaration and Programme of Action (DDPA)” in 2001 in Durban, South Africa. 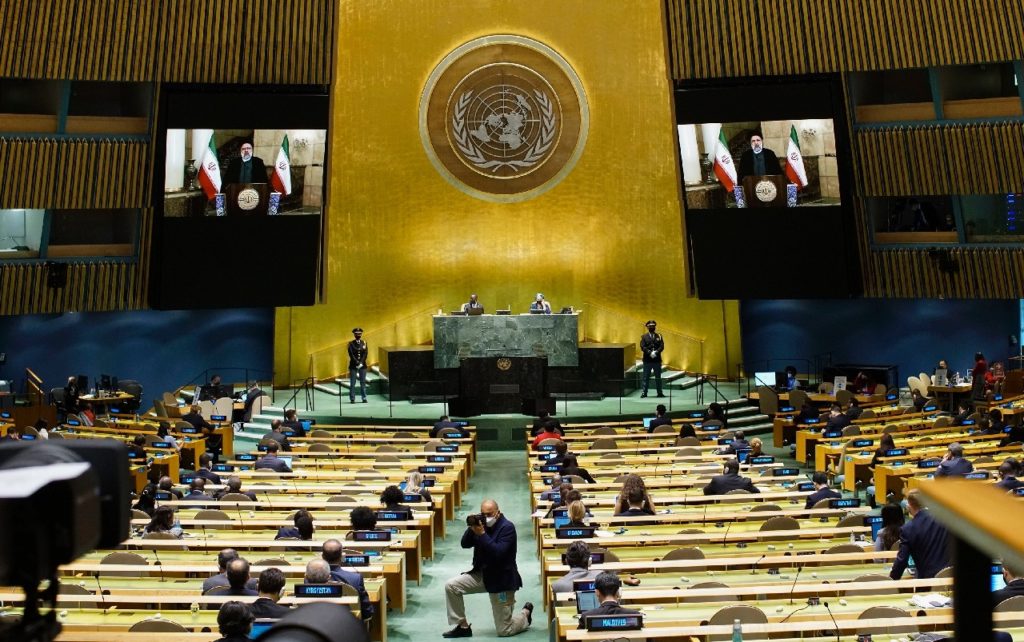 The U.N. describes the DDPA as “a comprehensive and visionary document that embodies the world’s commitment to tackle the scourge of racism in all its forms and manifestations.”

The official agenda of this year’s DDPA meeting centered on the theme of “Reparations, racial justice and equality for people of African descent.”

“While the original purpose of the event was combating racism, critics say it has been hijacked by an anti-Israel agenda that turned it into an anti-Semitic hate fest leading the U.S. and Israel to walk out of the first conference,” Fox News noted on September 23. 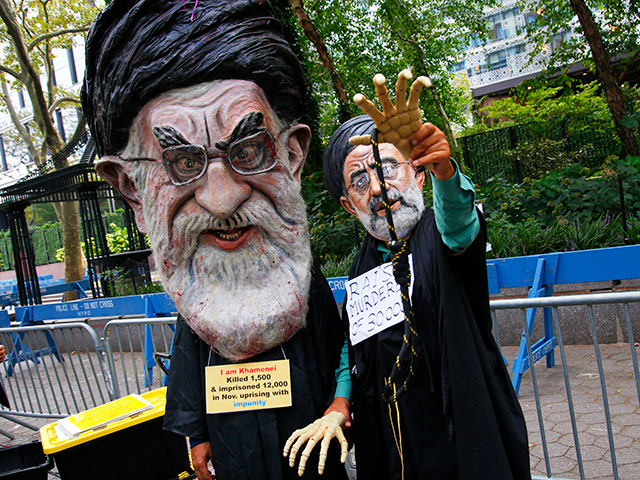 People protest Iranian President Ebrahim Raisi near the United Nations General Assembly on September 21, 2021 in New York City. The 76th session of the UN General Assembly began today with more than 100 heads of state or government attending in person, although the size of delegations are smaller due to the Covid-19 pandemic. (Photo by Michael M. Santiago/Getty Images)

Abdollahian further stated at Wednesday’s U.N. DDPA meeting that he “expressed regret that the world was still suffering from revived forms of racial discrimination, taking the murder of George Floyd in Minnesota and the international outcry against emerging Islamophobia as instances,” according to Iran’s state-run Fars News Agency.

Fars News Agency paraphrased Abdollahian as claiming that “there are reportedly more than 7,000 Palestinians held at Israeli jails. Hundreds of the inmates have been apparently incarcerated under the practice of administrative detention.”

Abdollahian’s affirmation that the Islamic Republic of Iran is “dedicated to the total elimination … of Zionism” on September 22 “is code for working towards the destruction of the Jewish state,” according to Behnam Ben Taleblu, a senior fellow at the Foundation for Defense of Democracies who focuses on Iran.