The Democrat-led House Ways and Means Committee on Monday released its corporate tax hike legislation, which it is looking to use to offset its radical partisan $3.5 trillion reconciliation package.

The Democrats look to raise the corporate rate from 21 percent to 26.5 percent with this legislation, which was originally lowered from the Republican-led Tax Cuts and Jobs Act of 2017.

Additionally, the legislation has a whole host of other taxes, such as an increase in capital gains from 20 percent to 25 percent, and an increase in the tax percentage on Americans who earn more than $435,000 from 37 percent to 39.6 percent.

The Hill wrote that the Democrats are trying to also add a three percent “surtax” on any individual who has an income of more than five million dollars.

On Monday, the committee’s chairman, Richard Neal (D-MA), announced the markups for the reconciliation bill will continue Tuesday and Wednesday to mark up their socialist ideas and continue with President Biden’s Build Back Better Act: 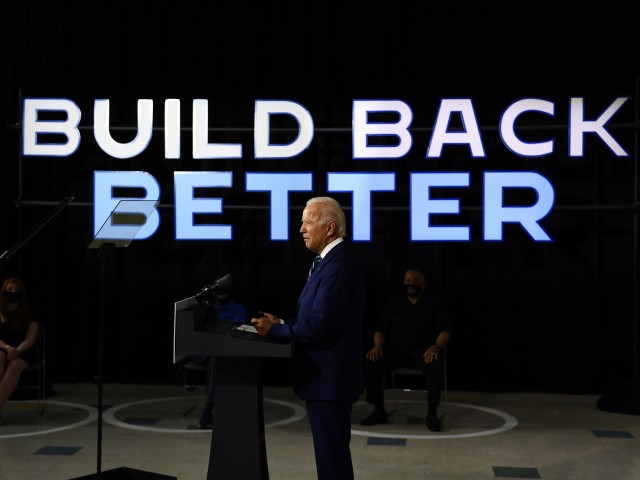 US Democratic presidential candidate Joe Biden speaks about on the third plank of his Build Back Better economic recovery plan for working families, on July 21, 2020, in New Castle, Delaware (BRENDAN SMIALOWSKI/AFP via Getty Images).

The left’s “proposals allow us to both address our perilously changing climate and create new, good jobs, all while strengthening the economy and reinvigorating local communities,” Neal wrote.

“We seek to help families better afford essentials with the continuation of the expanded Child Tax Credit and investments that will lower the cost of prescriptions and health insurance premiums,” he added.

Sen. Joe Manchin (D-WV) in the past has said he wants to have a 25 percent corporate tax, which is slightly lower than what the House Democrats are looking for.

In an op-ed for the Wall Street Journal, Manchin has also called for a “strategic pause” of the Democrats’ large spending bill, saying an “overheating economy” would not be able to handle another multitrillion-dollar spending bill: 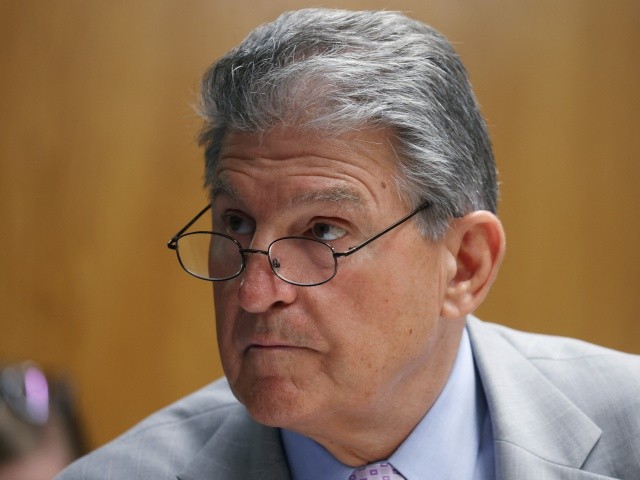 Last week, reports also revealed the senator has privately warned the White House and congressional leaders — besides the op-ed he wrote — that he would only support a bill “as little as $1 trillion.”