The group, officially known as the Hong Kong Alliance in Support of Patriotic Democratic Movements of China, “voted 41-4 to disband” at a final meeting on September 25 in Hong Kong after 32 years of operation.

Pro-China forces in Hong Kong’s government recently accused the group of “acting as the agent of a foreign power, with leaders Chow Hang-tung, Albert Ho, and Lee Cheuk-yan arrested on suspicion of ‘incitement to subvert state power,’ and the group’s assets frozen,” RFA recalled on September 27.

The Hong Kong police force investigated the alliance under a “national security” law imposed on the city by the Chinese Communist Party’s rubber-stamp legislature on July 1, 2020. The law came in response to a year of regular pro-democracy protests across Hong Kong that included participation by members of the now-disbanded group. 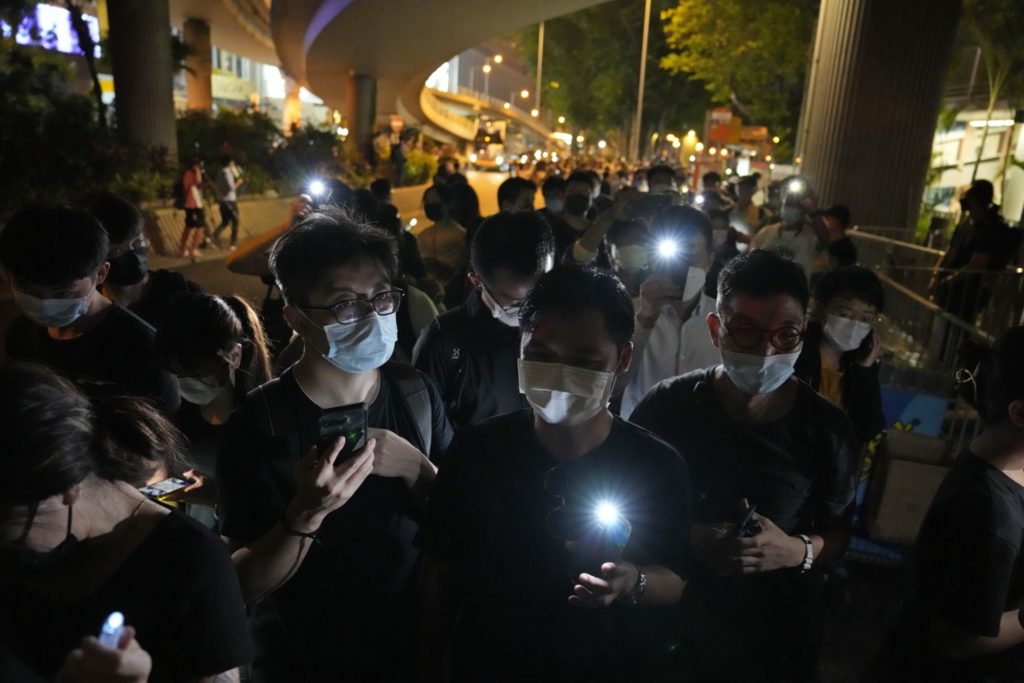 In this June 4, 2021, file photo, people hold LED candles to mark the anniversary of the military crackdown on a pro-democracy student movement in Beijing, outside Victoria Park in Hong Kong. The Hong Kong Alliance in Support of Patriotic Democratic Movements of China, one of Hong Kong’s most established pro-democracy civic organizations said Saturday, July 10, it is letting go its paid staff and halving the size of its steering committee amid Beijing’s crackdown on opposition activity in the semi-autonomous Chinese city. (AP Photo/Kin Cheung, File)

The Hong Kong Alliance in Support of Patriotic Democratic Movements of China organized a candlelight vigil in Hong Kong’s Victoria Park each year to commemorate the 1989 Tiananmen Square massacre in Beijing, in which China’s People’s Liberation Army initiated a deadly crackdown on pro-democracy activists. The event regularly attracted tens of thousands of participants but was officially banned by Hong Kong municipal authorities for the past two years. City officials cited the Chinese coronavirus pandemic as the official reason for prohibiting the large gathering.

Several of the alliance’s members, including its two top leaders, are currently in jail. Chairman Lee Cheuk Yan and Vice-Chairman Albert Ho are both serving jail sentences for various “offenses and outstanding charges,” according to Voice of America (VOA). The two men “pleaded guilty in May of participating in an illegal assembly during 2019 anti-government protests.”

The alliance’s vice-chairwoman, Hang Tung Chow, is currently facing criminal charges “in relation to promoting unauthorized assembly for this year’s June 4 candlelight vigil,” according to VOA. Hong Kong police arrested Chow on September 8 after she rejected an earlier police demand to surrender information related to their investigation of the alliance as an alleged agent of “foreign forces,” which is a crime under the national security law. 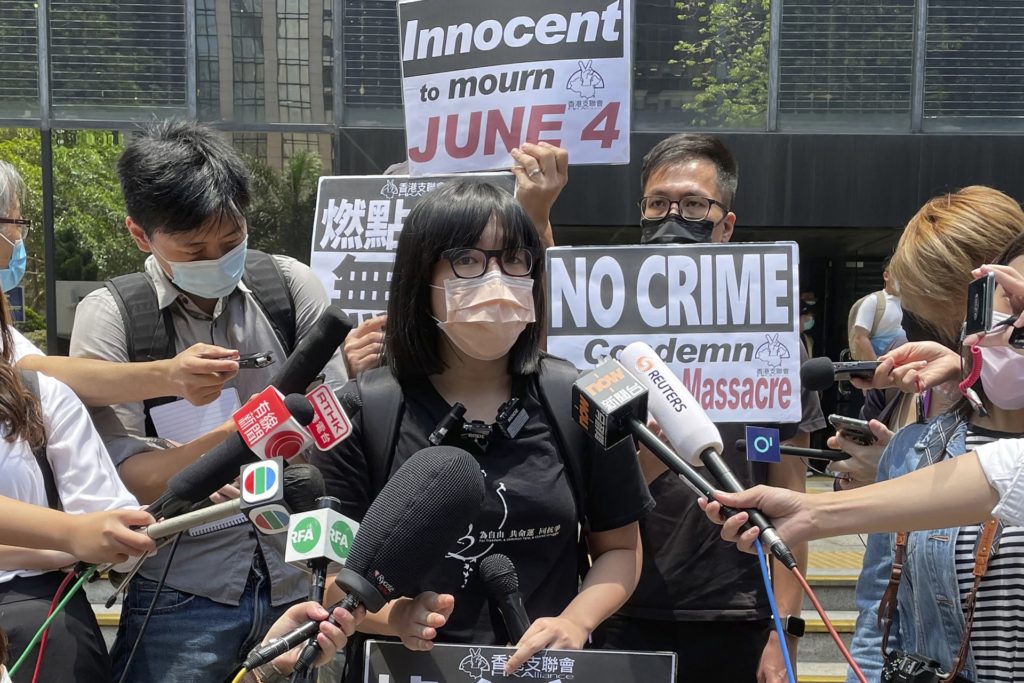 In this May 6, 2021, file photo, Chow Hang Tung, the vice chair of The Hong Kong Alliance in Support of Patriotic Democratic Movements of China, speaks to media outside a court in Hong Kong. Hong Kong police on Friday, June 4, arrested the committee member that organizes the city’s annual June 4 museum and candlelight vigil, on the 32nd anniversary of a bloody military crackdown on pro-democracy protesters in Beijing’s Tiananmen Square, according to local media reports. (AP Photo/Rafael Wober, File)

“The police force must have a clear head … crack down all kinds of disruptive, subversive activities by hostile forces at home and abroad, resolutely cut off the mastermind of hostile forces that endanger national security, [and] smash the Hong Kong version of the ‘color revolution’ plot,” Zhao said at a Communist Party meeting of the Chinese Ministry of Public Security.