The 62-year-old Veneto began his 220-mile trek, aptly named Paulie’s Push, on August 21 and arrived at the 9/11 memorial on Saturday to honor his fallen colleagues, nine of whom were aboard United Flight 175 that struck the World Trade Center South Tower on that fateful day 20 years ago, according to the Patriot Ledger.

“I knew it had to get done, this story had to be told,” Veneto told Fox News days prior to his arrival at the site. “That was the main focus for me, I needed to make sure these guys are recognized. And so I knew what I was doing was important for their families, that it needed national coverage. I had to do something no one’s ever done.”

Between Hurricane Ida and Hurricane Henri, Veneto’s journey was not without its share of obstacles, none of which he allowed to get in the way of his mission.

“They didn’t think I’d do five miles and I did 18,” Veneto said. “So then, of course, in Connecticut, I got the other hurricane, Ida, come through there. So I was put to the test and nothing stopped me.”

“I said right from the start, nothing’s going to keep me from getting this beverage cart to Ground Zero,” Veneto added.

Indeed, video footage throughout Veneto’s journey showed him pushing the cart, often surrounded by a crowd of supporters, through rain or shine. 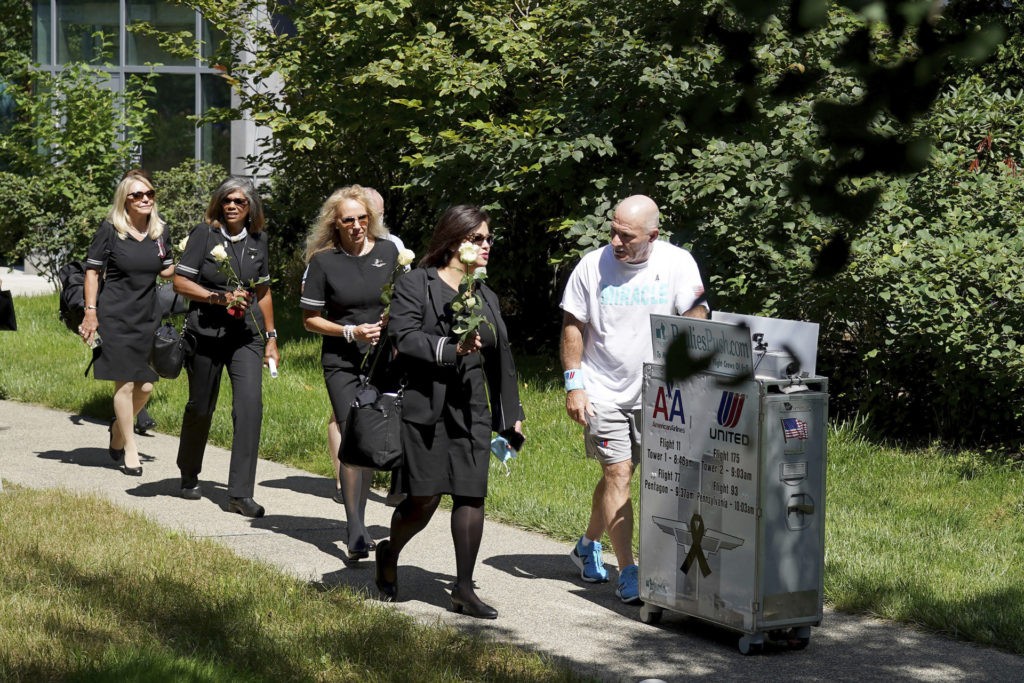 Paulie Veneto is joined by flight attendants as he pushes a beverage cart towards the 9/11 memorial at Logan Airport in Boston, Saturday, August 21, 2021. (AP Photo/Mary Schwalm)

Veneto emphasized that nothing he endured over throughout the journey could ever compare to what the flight attendants and passengers on 9/11 endured, referring to them as American heroes.

“That’s a true American hero, fighting against trained terrorists,” he said. “It’s unbelievable. They were the first, first responders on 9/11. They just were. And they should be recognized. That’s why I did what I did.”