The family of Mark Frerichs, the last U.S. hostage reportedly held by the Taliban, has called on President Joe Biden to fire his current envoy to Afghanistan, alleging he has done little to ensure the safety and release of the U.S. Navy veteran.

Speaking to Reuters, Frerichs’ family said that U.S. Special Representative Zalmay Khalilzad (pictured) has “ignored” the kidnapping throughout his negotiations with the Taliban during the withdrawal of American troops in the region.

“I have lost faith in Ambassador Khalilzad,” Charlene Cakora, Frerichs’ sister and the family spokesperson, told the outlet, adding that Khalilzad “appears to have ignored my brother’s kidnapping.”

“They need someone talking to the Taliban who will make Mark a priority,” asserted Cakora. “Ambassador Khalilzad needs to be fired.” 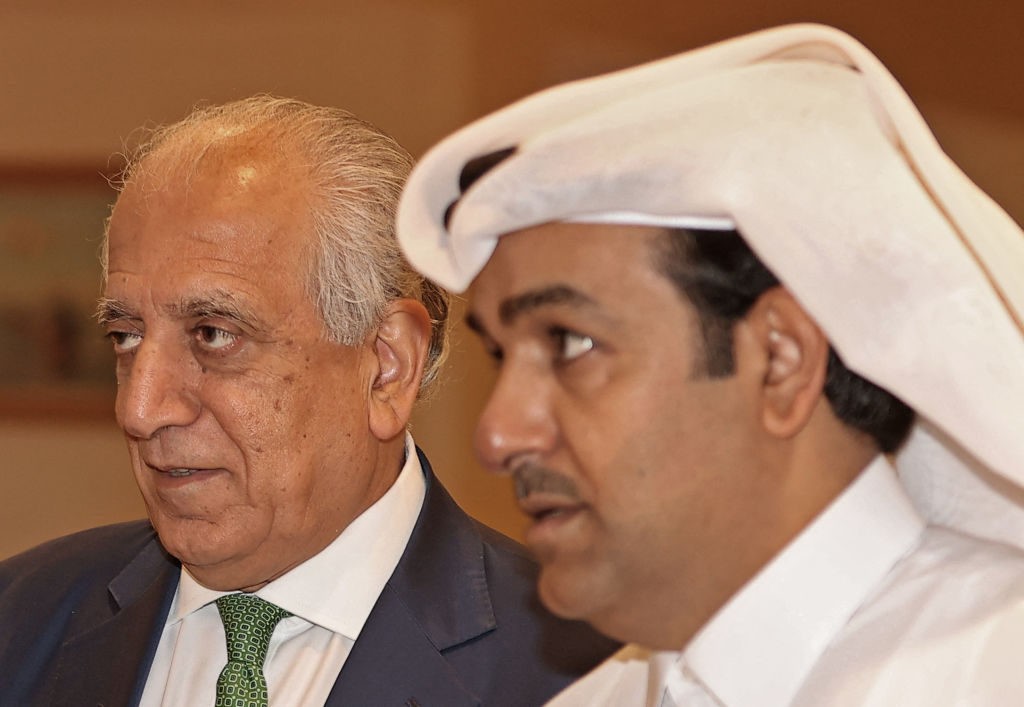 (L to R) U.S. special envoy for Afghanistan Zalmay Khalilzad and Qatar’s envoy on counter-terrorism Mutlaq al-Qahtani walk down a hotel lobby in Qatar’s capital Doha during an international meeting on the escalating conflict in Afghanistan, August 12, 2021. (KARIM JAAFAR/AFP via Getty)

A native to Illinois, Frerichs, now 59, began working in Afghanistan in 2012 as a civil engineer for International Logistical Support until his eventual kidnapping in 2020 by members of the Taliban-linked Haqqani network, according to the Chicago Tribune.

The abduction happened just one month prior to Khalilzad signing the U.S. troop pullout deal that made no mention of Frerichs’ release. According to Cakora, Khalilzad never even asked the Taliban about Mark in the month” that he signed the original pullout deal in 2020.

“[Khalilzad] hasn’t even spoken to our family since Biden took office,” asserted Cakora.

The State Department assured that the United States has been working for Frerichs’ “immediate and safe release” and that they “will not stop until Mark comes home.”

“We have made that clear to the Taliban in no uncertain terms,” a State Department spokesperson said, adding that officials “meet with the family regularly.”