The superintendent of Virginia’s Fairfax County Public Schools (FCPS) has directed principals in the district to suspend students who do not wear masks in school, according to a whistleblower report provided to Parents Defending Education (PDE).

Superintendent Scott Brabrand briefed school district principals Friday on the updated mask policy, which says, “Any student who refuses to wear a face covering while indoors on school property or during FCPS-provided transportation, and who is not otherwise exempt will be precluded access to face-to-face instructional programming until they comply with the requirements of this regulation.”

This comes only days after Virginia Gov. Glenn Youngkin (R) signed an executive order affording parents the right to choose whether or not to mask their children in public schools, which goes into effect Monday. Brabrand’s briefing slideshow shows direct defiance of Youngkin by announcing the continuation of a universal mask mandate six days after the governor’s executive order. 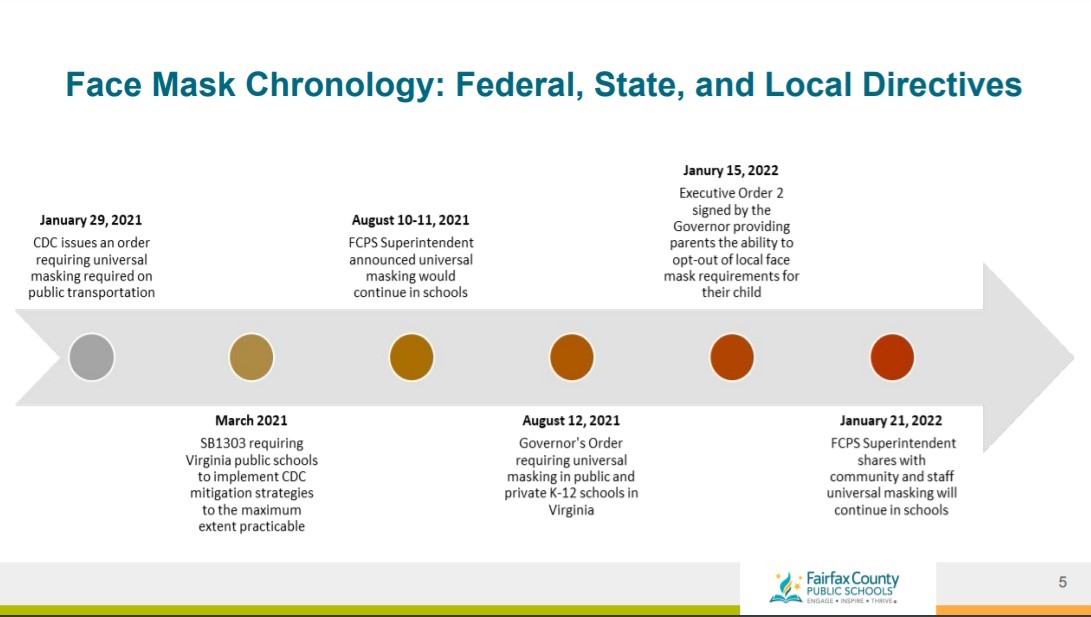 Any student who does not wear a mask will be met promptly with a “1 day OSS,” or Out of School Suspension, for violating the district’s dress code. 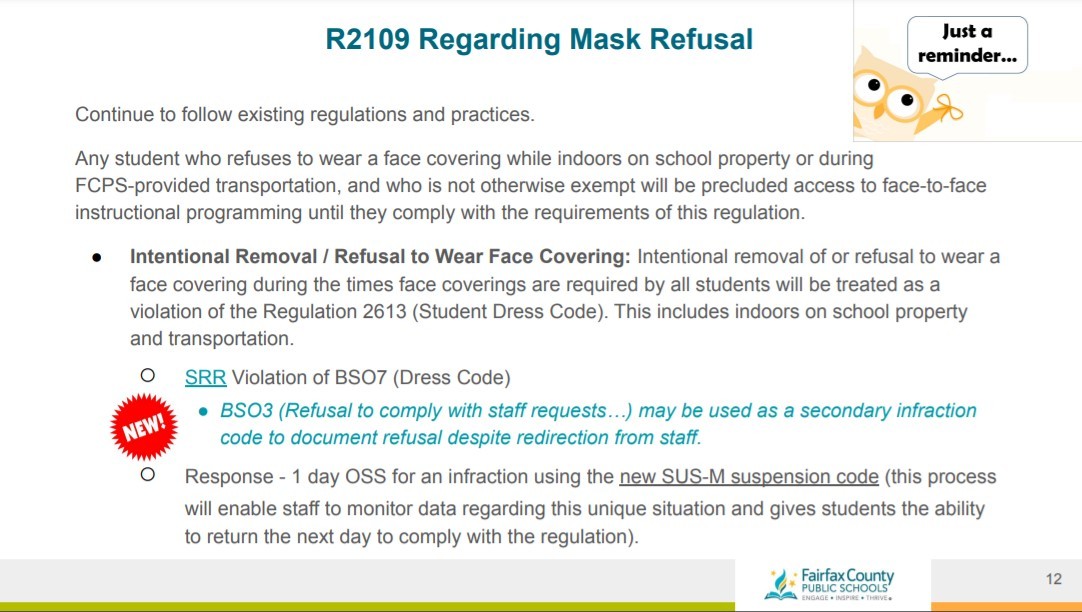 If a student wishes to appeal the suspension, the principal is left to determine if the return of the student to class would “pose a danger to persons or property” defined as a “potential increase in COVID transmission in schools … [and the] impact increased exposure could potentially have on the health and safety of other students and staff.”

The principal will also determine if the student poses an “ongoing threat of disruption of the school’s educational program,” which includes the possibility that “students, staff, and/or families could be fearful for their health and safety due to others not wearing required face masks.” 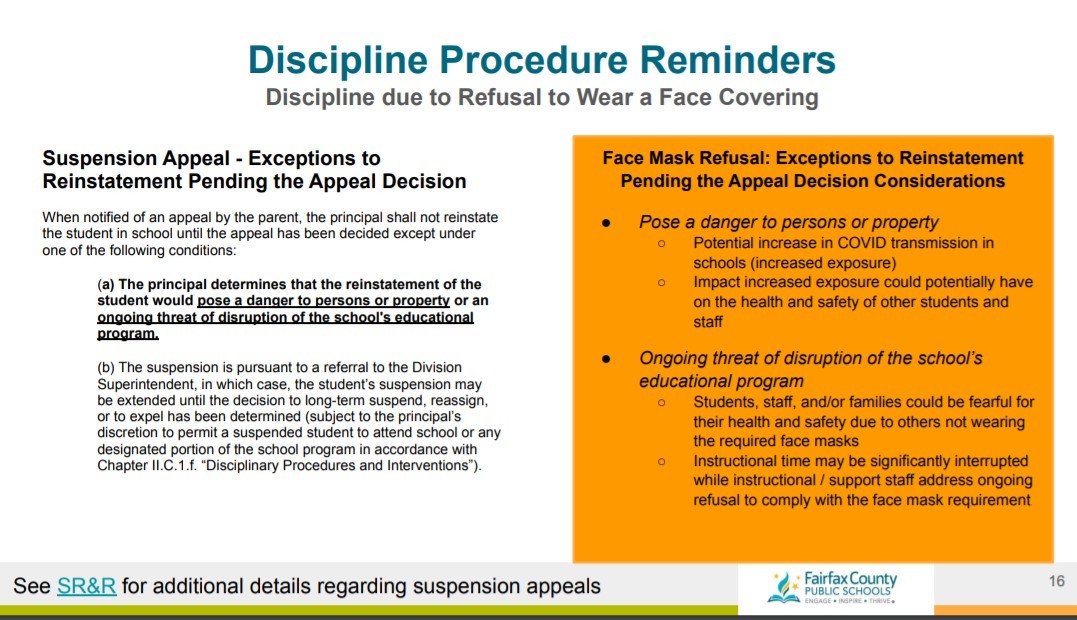 Left out of FCPS’s mask discussion are the well-documented detrimental effects masking has on the social development and mental health of children, which has contributed to skyrocketing suicidal ideation, self-harm, depression, and anxiety among young people.

“Fairfax County Public Schools Superintendent Scott Brabrand is turning school staff into the mask police and punishing children to win a public opinion battle in Virginia that was decided at the ballot box,” PDE Vice President for Strategy and Investigations said. “Parents elected Gov. Glenn Youngkin to office to win back parental rights over issues from what is taught in schools to whether a child wears a mask at school.”

Yougkin’s executive order allowing parents to opt out of masking their children is currently being challenged in court, and he remains confident the Commonwealth’s Supreme Court will “rule in favor of parents.” Until it is decided, however, and in the wake of defiant responses from Democrat-run school districts, the governor has told Virginia parents to “listen to their principal.”