The town and village of Canton, New York, serves as home to St. Lawrence University, a liberal arts college where Martha Foley has been campaigning among the faculty on behalf of local Democrats. Foley, a candidate for Canton Town Council, also pushed several statewide propositions that will alter the voting process in the Democrats’ favor. 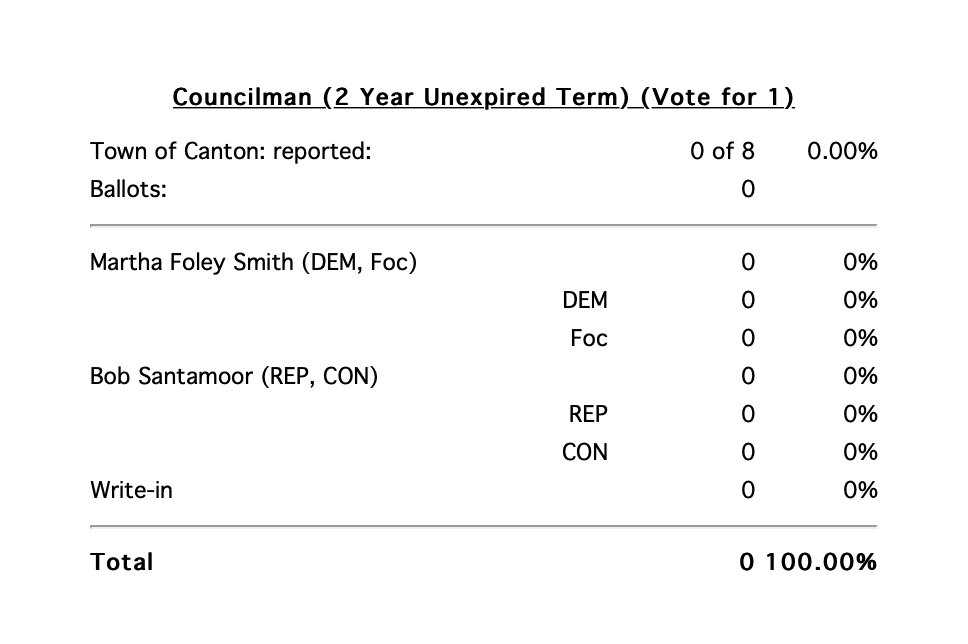 “They need to apologize immediately, and the taxpayers of the North Country deserve an audit of NCPR’s activities, which are funded by hardworking taxpayers. It’s never been clearer, once we take the majority in 2022, we must DEFUND NPR. They can campaign for the Democrats on their own dime, not on the taxpayers’ dime,” she added. 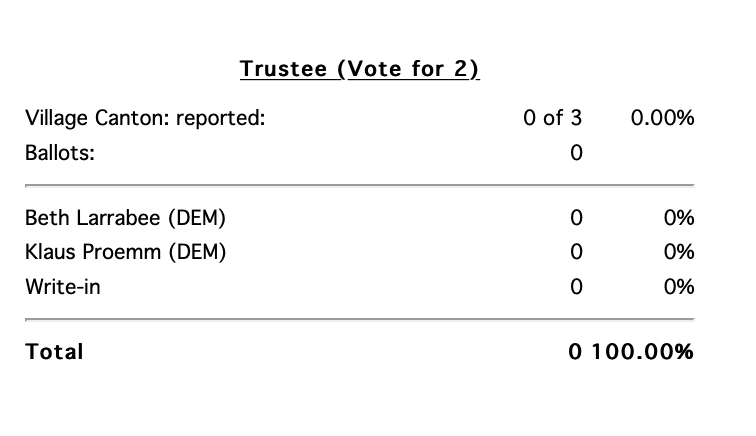 I do believe that there are big votes to cast tomorrow. Local officials take care of the roads and bridges, the trees and sidewalks, micro loans for local businesses, parks and rec, accessing state grants and aid… lots of the nitty-gritty life here.

In Canton, vote Row A: Town Supervisor Mary Anne Ashley, councilman Jim Smith – both are experienced, knowledgeable incumbents who’ve worked hard to clean up messes from a previous administration that were uncovered by the State Comptroller. And newcomers on the town council — Dave Nelson and me, Martha Foley Smith.

In the village, reelect Beth Larrabee and Klaus Proem. Canton is truly moving ahead. Learn about what this board has accomplished:  www.votecantonny.com. Use the navigation to see Progress and Reforms and other pages.

Going beyond the local choices, Martha Foley highlighted several statewide propositions on the ballot, which she claimed would “INCREASE access to voting in New York, to change the redistricting process, and to affirm peoples right to clean air and water.” 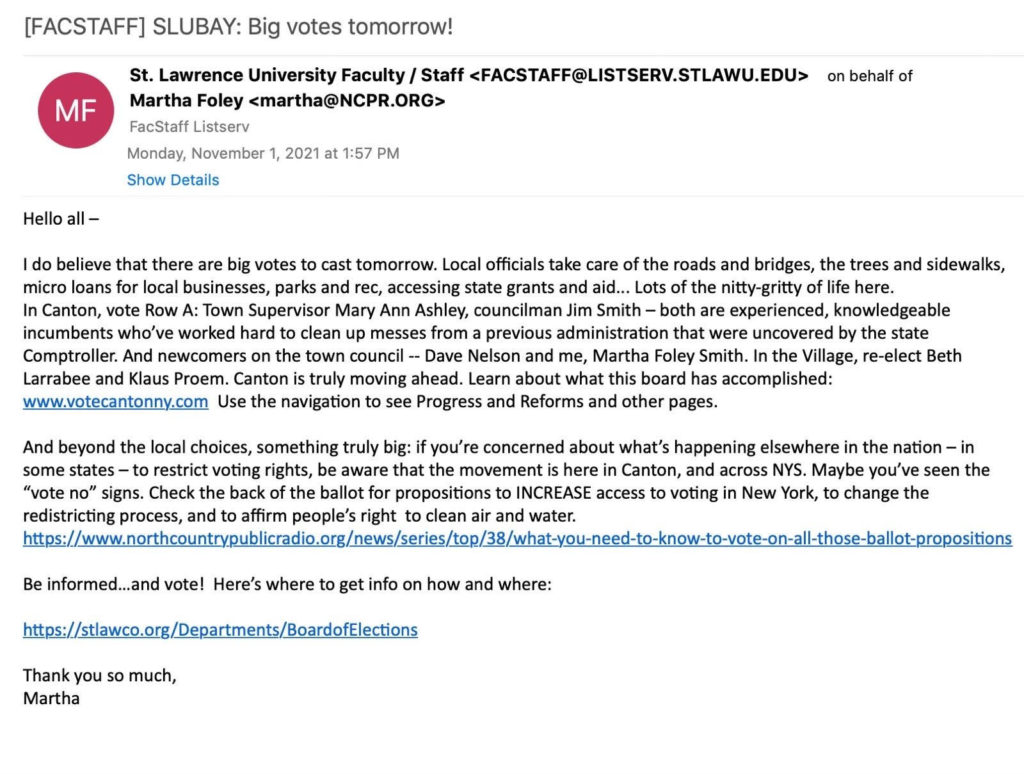 “Come out tomorrow to meet and talk with these Democratic candidates who are making good things happen in Canton,” Foley said.

“The Town slate includes incumbents Mary Ann Ashley for Supervisor and Jim Smith, Dave Nelson, and Martha Foley Smith for Council. Incumbents Trustees Beth Larrabee and Klaus Proem are running for their seats on the Village Board,” she continued. 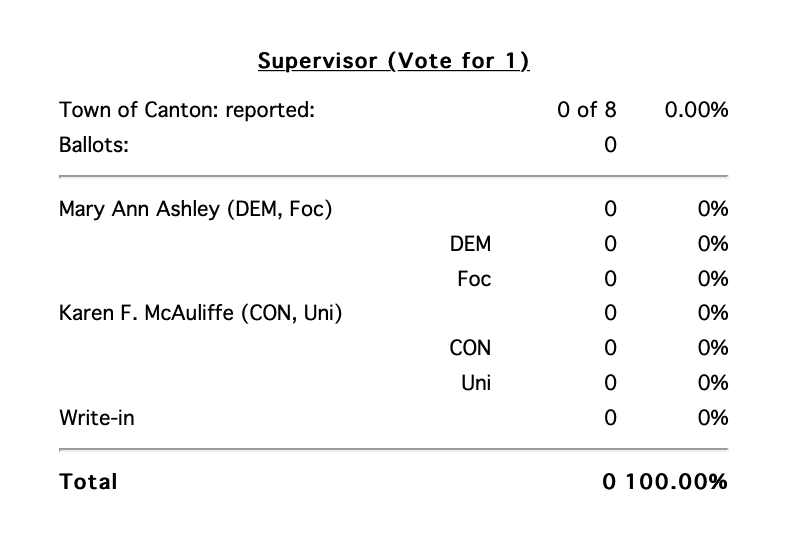 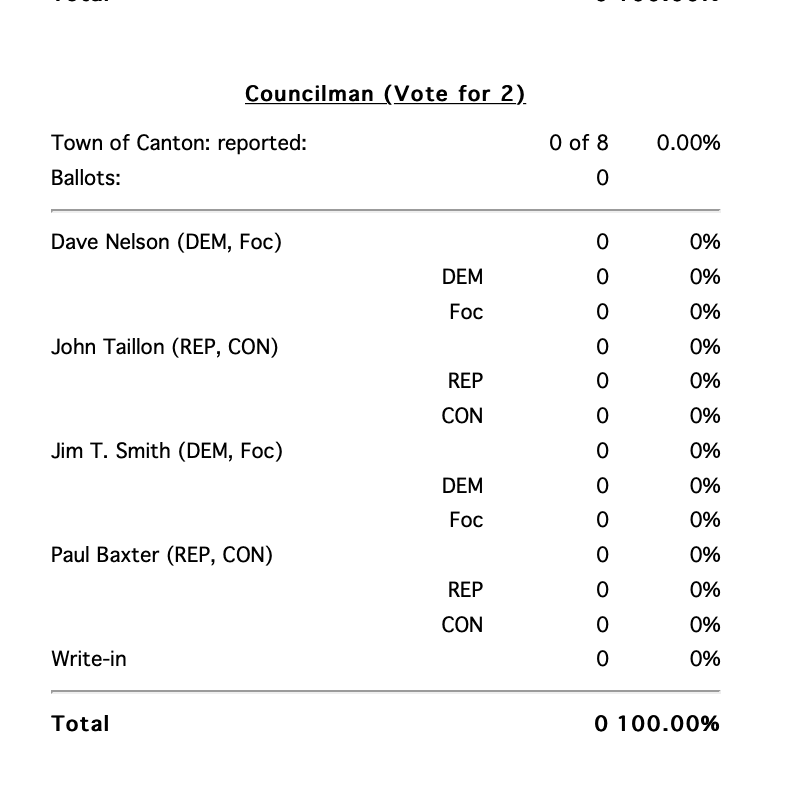 In a statement to Breitbart News, a representative for Elise Stefanick confirmed that three propositions on the ballot would grant Albany Democrats near-total autonomy over redistricting, allow for same-day voter registration, and expand universal mail-in voting.

1.) Proposition 1 attempts to strip power away from the Independent Redistricting Commission (IRC) that New Yorkers overwhelmingly voted to establish. This proposition would essentially nullify the Commission and allow Albany Democrats and the Democrat governor to overrule the Commission and draw gerrymandered maps.

2.)Proposition 3 would create same-day voter registration, eliminating New York state’s constitutional requirement that mandates voters are registered at least ten days before an election. This throws away a crucial process, where the Board of Elections has time to validate a person’s name, address, and eligibility. If enacted, newly registered voters would be allowed to vote on voting machines instead of casting affidavit ballots, which would make it challenging, if not impossible, to disqualify the votes of any individuals later determined ineligible.

3.) Proposition 4 would allow “no excuse” absentee voting. Given the restrictions of the pandemic, Democrats pitch this as a reasonable way to expand vote by mail. However, coupled with same-day voter registration, it’s proven that universal vote by mail is a tool for ballot harvesting.

Rep. Stefanik has been fiercely campaigning against the propositions, denouncing them as a little more than a “shameless” power grab by Albany Democrats.

“Democrats have falsely pitched these proposals as a means to make it easier to vote, but the facts are clear: These propositions are just another one of Albany Democrats’ shameless attempted power grabs,” Stefanik wrote in a recent op-ed for Breitbart News.

Foley has not responded to a request for comment as of Monday evening.