In an exclusive statement to Breitbart News following Democrat Josh Riley’s Tuesday morning announcement of his plans to run for Congress in a bid to unseat GOP Rep. Claudia Tenney (NY-22) in next year’s election, the congresswoman slammed the new challenger, calling him the “definition” of the D.C. swamp and accusing him of deceiving voters by presenting himself as moderate.

In her statement, Tenney slammed the corporate lawyer, calling him the very “swamp” she has fought against and accusing him of merely “masquerading” as a moderate.

“Josh Riley is the definition of the Washington, DC, swamp,” she said. “After 20 years living outside New York and working for radical Democrats and big corporations like Spectrum Cable, Nancy Pelosi finally convinced Josh to move back into our state to masquerade as a moderate.”

She also stated that Riley, being on the far left, doesn’t share the values of those he seeks to represent.

“Whether it’s his time working for disgraced former Senator Al Franken or the thousands of dollars he’s donated to Hillary Clinton and Joe Biden, Josh has already revealed himself as a far-left Democrat who does not share our Upstate values,” she said.

As my general counsel on the Judiciary Committee, Josh brought Dems and Republicans together to get stuff done. Now he’s running for Congress in #NY22. Learn about him and support him here. https://t.co/ozCyVO4Bui

“Republicans, Democrats and Independents are fed up with one-party rule in Washington and they are standing up to take our country back,” he added.

Stewart also slammed Riley for a history of “defending corporate interests” and “working for liberal and controversial Democrats.” 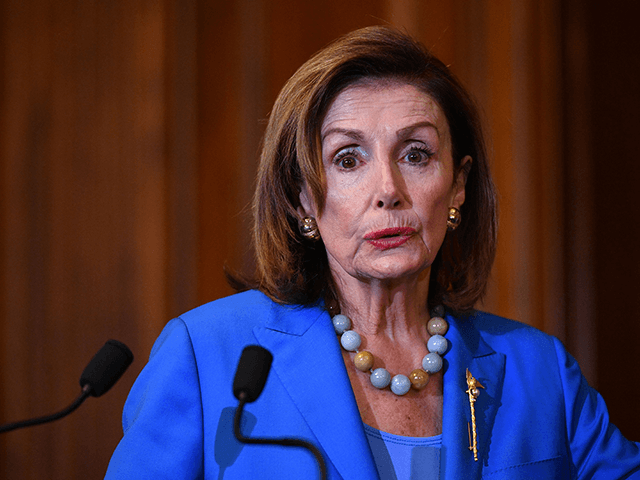 Speaker of the US House of Representatives Nancy Pelosi speaks before signing a bill to fund the US government avoiding a federal shutdown at the US Capitol in Washington, DC on September 30, 2021. (Photo by MANDEL NGAN/AFP via Getty Images)

“While Congresswoman Tenney has been in the trenches fighting for us, Washington, DC, lawyer Josh Riley has spent the past 20 years living in L.A., Miami, and D.C. defending corporate interests like Spectrum Cable and working for liberal and controversial Democrats like Al Franken, who used sleazy election lawyer Marc Elias to steal an election,” he added.

Depicting the Democrat challenger as “out of touch” with Upstate families’ needs, Stewart highlighted the contrast between Riley — who hasn’t resided in upstate New York in years — and Rep. Tenney — a lifelong resident of NY’s 22nd Congressional District.

“He’s completely out of touch with the needs of Upstate families,” he said. “The contrast couldn’t be more stark: Riley, the definition of the D.C. swamp, and Tenney, a lifelong resident of New York, Marine Mom, and longtime small business owner whose family business was founded 75 years ago in the heart of NY-22.”

“Riley shouldn’t waste his time or money moving back to New York and pretending to be one of us, he’s not,” added Stewart.

Riley’s announcement comes as Democrat President Joe Biden’s approval rating continues to plummet, currently down to 37.8 percent in the latest USA Today/Suffolk University poll, and as Republicans take a commanding lead in the generic congressional ballot. National Institute of Allergy and Infectious Diseases director Dr. Anthony Fauci said Sunday on ABC's "This Week" that it was "entirely conceivable" people may need boosters again to fight COVID-19.

On Friday’s broadcast of the Fox Business Network’s “Mornings with Maria,” Sen. Bill Hagerty (R-TN) stated that the Biden administration “has not done enough” to push for a full investigation into the origins of COVID-19 and that it’s time to