LA JOYA, Texas — Just days after Department of Homeland Security Secretary Alejandro Mayorkas announced, “our borders are not open,” more than 200 Central American migrants crossed the Rio Grande unimpeded and walked into La Joya, Texas. The steady stream of migrants crossing into the border city continues day and night, according to Border Patrol agents on the ground.

In La Joya Breitbart Texas watched as migrants emerged from the brush along the Rio Grande Friday evening. The migrants quickly surrendered to awaiting Border Patrol agents. A transportation bus arrived to remove migrants but was insufficient to prevent the build-up of migrants being detained outdoors by the Border Patrol. 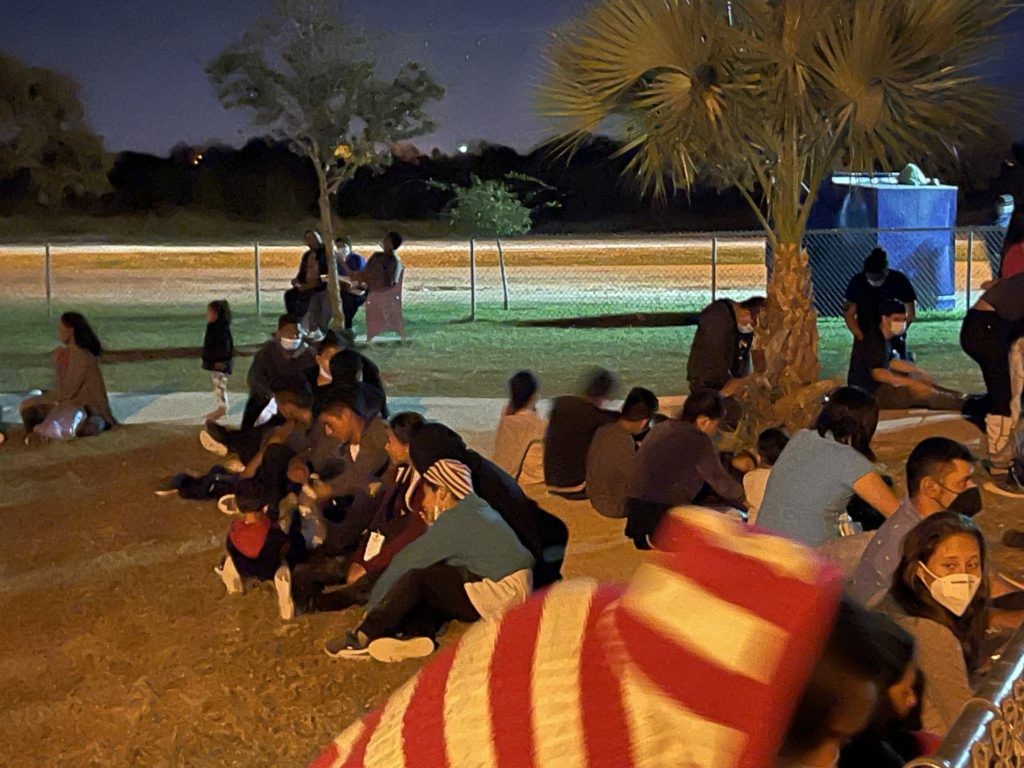 The migrants, mostly family units, emerge from the darkness of the Rio Grande riverbank and walk into the city’s baseball park almost like clockwork according to a Border Patrol agent. On this night, Border Patrol agents provided water and took basic biographical information from the migrants while they waited for transportation resources to arrive. The sound of children and infants crying could be heard as they waited for buses to move them to a processing facility in Donna, Texas.

The migrants sat patiently as some of the children played in the park under the glow of nearby streetlights. An overflowing garbage dumpster and stacks of bottled water evidenced the volume of migrant traffic crossing the Rio Grande in an area where a gap in the border wall affords the migrants easy access to the city. 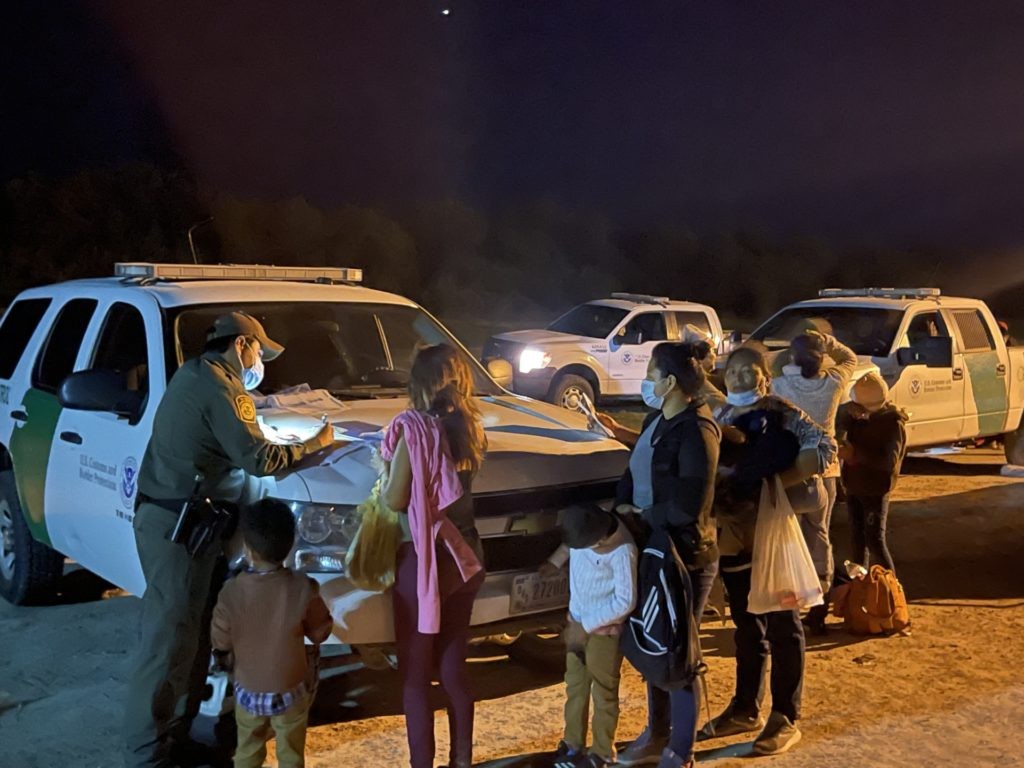 As reported by Breitbart Texas, gaps in the existing border wall provide quick access into several cities in the Rio Grande Valley. Construction on the wall was completely halted in January due to an Executive Order signed by President Joe Biden shortly after his inauguration.

The migrants must wait in the park until Border Patrol buses become available to move them. According to a source within CBP, those resources have been strained by responding to the 2,000 or more migrant apprehensions made daily across the Rio Grande Valley Border Patrol Sector. The source says there has been no seasonal slowdown in the volume of migrant traffic. 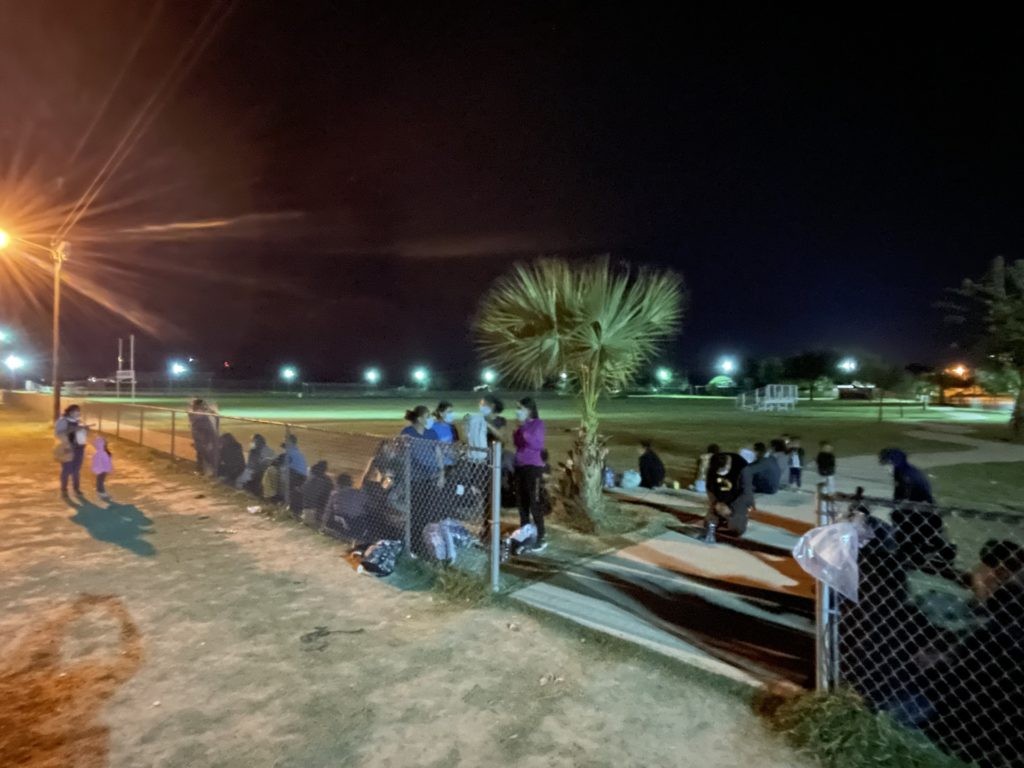 “We are averaging 7,000 to 8,000 apprehensions daily nationwide as we close out the fiscal year this month,” the source says. The source added, “that’s a phenomenon we haven’t seen in decades.”

Most of the migrants will be provided a notice to report (NTR) and will quickly be released into the United States according to the source. The source says the NTR is a process developed under the Biden administration to speed the releases and avoid overcrowding. The simple one-page form asks the migrant to self-report within 60 days to the nearest immigration court office to begin formal removal proceedings.

The source says most of those issued the NTR will not comply. A Miss Universe contestant has tested positive for COVID-19 upon arriving in Israel, after the country decided to go ahead and host the beauty pageant despite barring entries to foreigners in a bid to fight the omicron variant.