Many consider the times in which we live to be some of the most dangerous in our country’s history, but in the fall of 1776, the United States faced complete collapse. In those dark days, Americans reached deep within, through their agency, to change the course of history.

Beginning with the Battle of Brooklyn, Washington’s army lost one battle after another. In November 1776, nearly 3000 Americans were killed or captured at Fort Washington; the army of over 20,000 strong attenuated to mere thousands with their enlistments about to expire in weeks. The Continental Army retreated through New Jersey at breakneck speed to the perceived safety of Pennsylvania and the natural barrier of the Delaware River. Massive bonfires illuminated the areas near the river where the army crossed in all manner of small boats and barges.  One of those withdrawing and exhausted soldiers crossing the river filed past legendary artist Charles Wilson Peale. “A man staggered out of line and came toward me. He had lost all his clothes. He was in an old, dirty blanket jacket. His beard long and his face full of sores . . .  so disfigured him that he was not known to me at first sight. Only when he spoke did I recognize my brother James.” Not just the men’s clothing and bodies were battered and worn— their spirits had been bruised just as badly. With each military defeat, political will within the new nation shifted closer to despair. An officer from Delaware wrote that in November 1776, “a thick cloud of darkness and gloom covered the land, and despair was seen on almost every countenance.”

On November 30, the British issued an amnesty proclamation that offered pardon and protection to rebels who signed an oath of loyalty to the king within sixty days. Thousands of Americans, including several members of Congress, flocked to sign the oath. One disgusted Patriot recalled, “To the disgrace of the country and human nature, great numbers flocked to confess their political sins to the representatives of his Majesty and to obtain a pardon. It was observed, that these consisted of the very rich and the very poor, while the middling class held their constancy.”

Hard currency was scarce, and the young nation started printing its own money. However, during the harsh winter of 1776, many shopkeepers stopped accepting the Continental bills as the value of the dollar become devalued from printing too much money that was not backed up by anything. Inflation ran rampant along with a virus: smallpox felled tens of thousands.  Mobs and the shifting political tides of their neighbors struck fear in the hearts of some citizens. A clergyman in New Jersey noted that “there was constant alarm.”

The full story is now told in the new bestselling book, The Indispensables: Marblehead’s Diverse Soldier-Mariners Who Shaped the Country, Formed the Navy, and Rowed Washington Across the Delaware. The book is a Band of Brothers-style treatment of the regiment and the leading revolutionary citizens from Marblehead, a unique largely unknown group of Americans who changed the course of history.

Another eyewitness felt the gloom that was infecting the country and decided it was his responsibility to do something to counter it. Thomas Paine, who had previously written the pamphlet Common Sense, which stirred up patriotic fervor in the colonies, was traveling with the army and experiencing all the same hardships and despair in November and December 1776, he wrote the first of a series of articles that he would publish under the title “The American Crisis.” 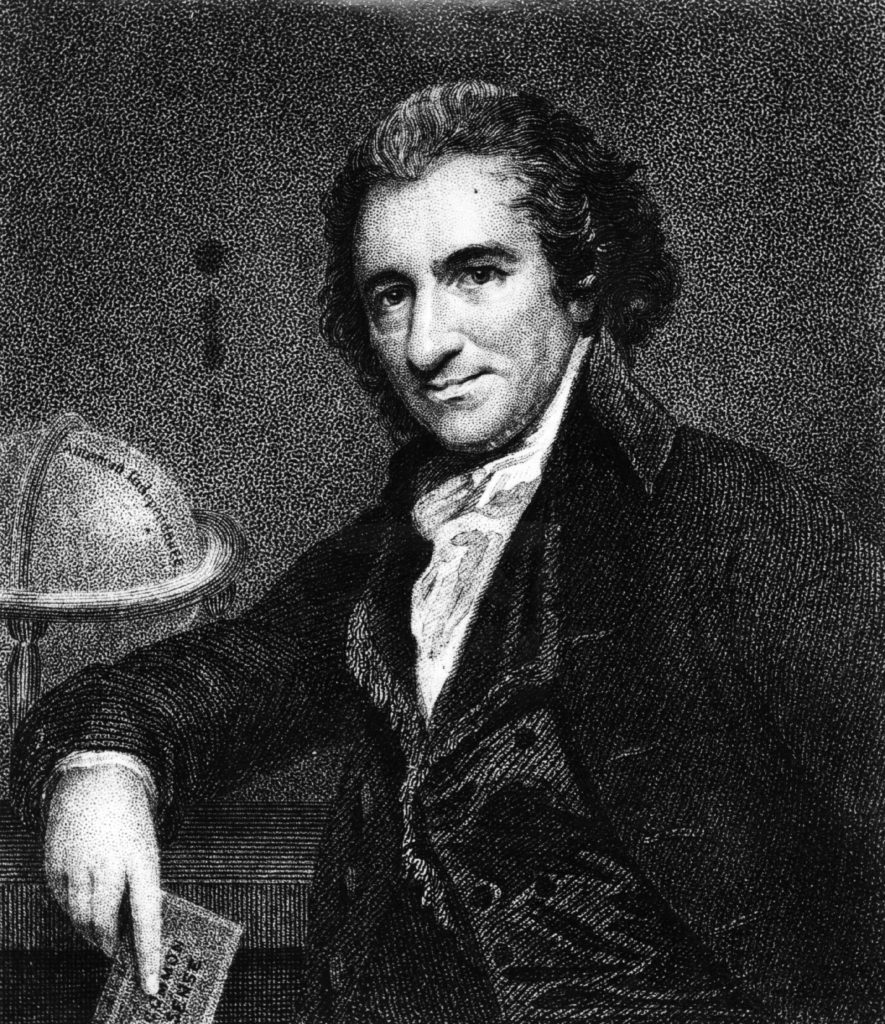 circa 1770: The English-born American revolutionary philosopher Thomas Paine, (1737 – 1809), who wrote and published ‘The Rights of Man’, (1791 – 1792), in England. In it he expressed his support for the French Revolution and called for the overthrow of the British monarchy. (Photo by Hulton Archive/Getty Images)

“These are the times that try men’s souls,” Paine wrote. “The summer soldier and the sunshine patriot will, in this crisis, shrink from the service of their country; but he that stands by it now, deserves the love and thanks of man and woman. Tyranny, like hell, is not easily conquered; yet we have this consolation with us, that the harder the conflict, the more glorious the triumph.” He spoke in glowing terms of the character of the men who fought, including their leader. “I shall not now attempt to give all the particulars of our retreat to the Delaware,” he wrote. “Suffice it for the present to say, that both officers and men, though greatly harassed and fatigued, frequently without rest, covering, or provision, the inevitable consequences of a long retreat, bore it with a manly and martial spirit. All their wishes centered in one, which was, that the country would turn out and help them to drive the enemy back. Voltaire has remarked that King William never appeared to full advantage but in difficulties and in action; the same remark may be made on General Washington, for the character fits him. There is a natural firmness in some minds which cannot be unlocked by trifles, but which, when unlocked, discovers a cabinet of fortitude; and I reckon it among those kind of public blessings, which we do not immediately see, that God hath blessed him with uninterrupted health, and given him a mind that can even flourish upon care.”

The pamphlet had an almost immediate effect on the morale of both the military and civilians. The looming prospect of disaster seemed to spur Americans into action. “Our republics cannot exist long in prosperity,” Doctor Benjamin Rush later wrote in a letter to John Adams. “We require adversity and appear to possess most of the republican spirit when most depressed.”

Within weeks, in the midst of a snowstorm, The Indispensables would transport Washington’s army across the Delaware (the only element of the Continental Army with the maritime skills to make the crossing – all others failed) and the course of world history would change.

Patrick K. O’Donnell is a bestselling, critically acclaimed military historian and an expert on elite units. He is the author of twelve books, including The Indispensables, which is featured nationally at Barnes & Noble, Washington’s Immortals, and The Unknowns. He is the featured speaker at Washington’s Crossing on December 12 and will participate in the annual reenactment and crossing of the Delaware River. O’Donnell served as a combat historian in a Marine rifle platoon during the Battle of Fallujah and often speaks on espionage, special operations, and counterinsurgency. He has provided historical consulting for DreamWorks’ award-winning miniseries Band of Brothers and documentaries produced by the BBC, the History Channel, and Discovery. PatrickODonnell.com @combathistorian