In a recent interview with Britain’s The Sunday Times to promote her new memoir, aptly titled My Body, Ratjakowski, a far-left feminist activist, expounds upon her entry into the modeling world at a young age, culminating in her eventual fame when she performed topless for Robin Thicke’s Blurred Lines music video at age 21. 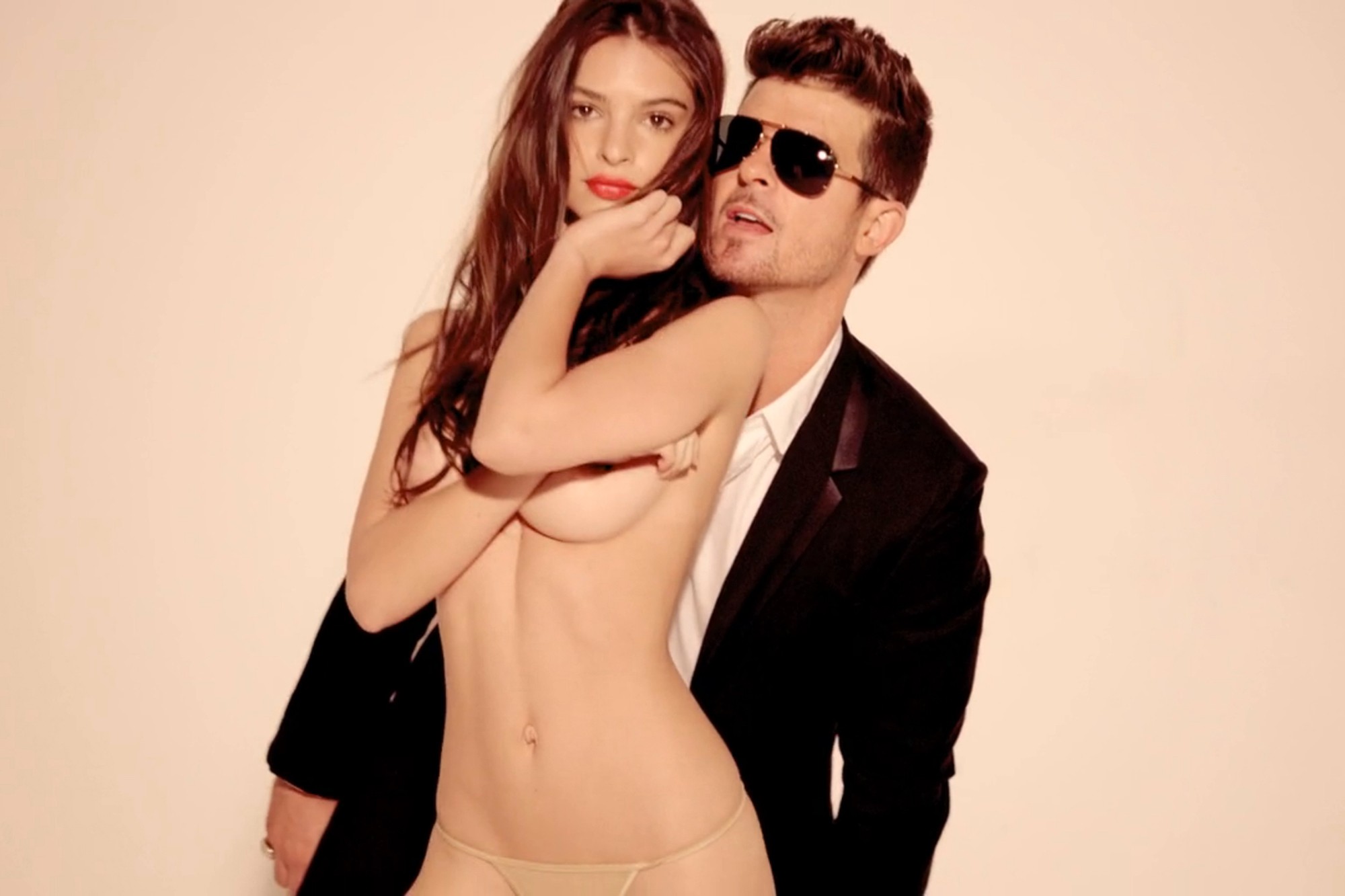 For years, Ratjakowski, who famously went braless to a protest of Justice Brett Kavanaugh’s confirmation to the Supreme Court, maintained that she felt empowered by performing topless, arguing that her nudity was a “choice”; now, Ratjakowski feels differently.

Today I was arrested protesting the Supreme Court nomination of Brett Kavanaugh, a man who has been accused by multiple women of sexual assault. Men who hurt women can no longer be placed in positions of power. pic.twitter.com/nnwq1O4qk3

“I think that came out of defiance and a feeling of, I don’t want to have to be told what to do, if I want to get naked or wear something sexy, that’s a feminist act because I’ve made that choice,” she said. “I just don’t feel that way now because those choices are informed by the system we are functioning within.”

Outside of her professional work, Ratjakowski has frequently exploited her own image on her Instagram page, where she enjoys over 28 million followers. On more than a few occasions, Ratjakowski has exploited her body in service of left-wing causes, such as when she stripped nude in support of abortion when several states were implementing restrictive laws against the deadly procedure.

She made headlines celebrating Easter in 2019 in a thong.

In the memoir, Ratjakowski accused Robin Thicke of groping her while filming the music video.

“Suddenly, out of nowhere, I felt the coolness and foreignness of a stranger’s hands cupping my bare breasts from behind,” she wrote in the book.

The music video’s director, Diane Martel, has supported Ratjakowski’s claim of being groped on set.

Though Ratjakowski appreciates that the music video catapulted her to fame and stardom, she now admits to having been exploited, saying she would often feel powerless over her body at auditions and photoshoots.

“There is this sense of your body is not yours, it’s ours,” she said. “In this contract you’ve given it up to be used how we see fit. You aren’t allowed to have control over it. If you’re not willing to do what the client wants you to do with your body, then there’s somebody else who will be. You’re not special.”

Despite her trials and tribulations as a model, Ratjakowski would not discourage women from entering into it as a profession, highlighting the fact the “commodifying” of her image granted power.

“I would never tell a young woman not to model because I have had the success and the financial success to be able to buy myself time to write this book,” she said. “And I have the ability to have this book be talked about in a way that an unknown writer wouldn’t — and that’s power. And that came through commodifying my image and my body.”