The city of Austin, Texas, might be liberal, but it has yet to become the fecal-infested drug den that is San Francisco. Tesla CEO Elon Musk hopes it stays that way.

On Sunday, Elon Musk responded to a Fox News report detailing the aftermath of Austin’s decision to defund its police department in response to the Black Lives Matter protests last summer and whether or not the city will continue its policy.

“Austin should be its city, not a San Francisco copycat,” the billionaire tweeted.

Austin should be its city, not a San Francisco copycat

The city of Austin will vote on two propositions for the coming November 2 election, which would determine the number of officers policing the city.

“Proposition A, a ballot measure for the Nov. 2 election backed by the group Save Austin Now, would require at least two Austin police officers for every 1,000 residents and would provide officers with an additional 40 hours of police training each year on topics such as weapons proficiency and active shooter scenarios,” reported Fox News.

Last year, the Austin City Council voted to cut $150 million from its police department to fund other services. The result: a nearly 71 percent increase in homicides. 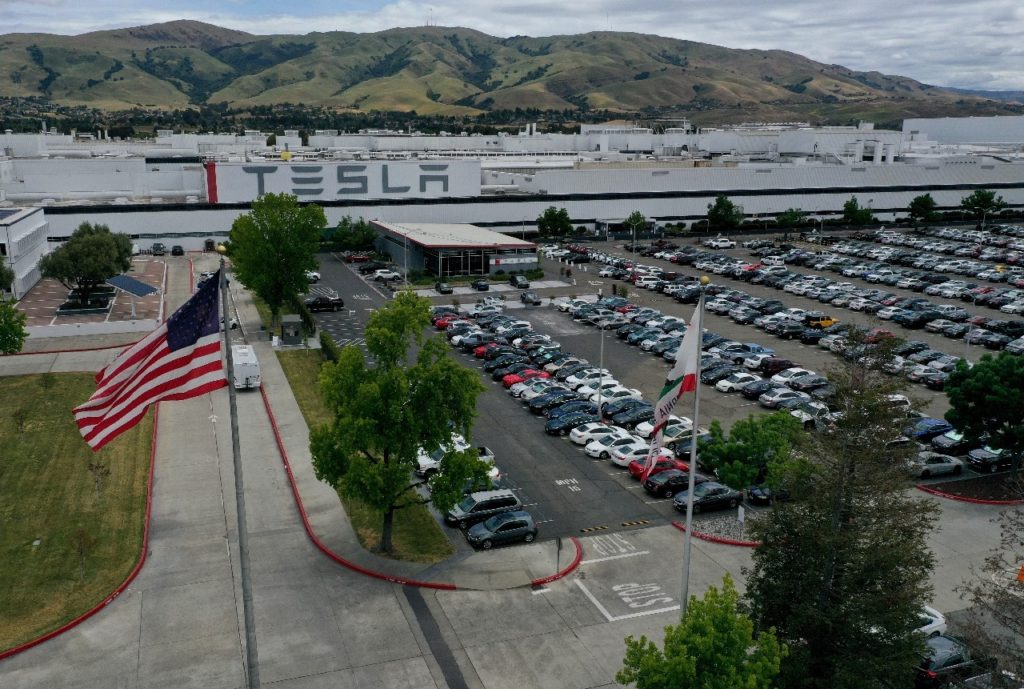 An aerial view of the Tesla Fremont Factory on May 13, 2020, in Fremont, California. (Photo by Justin Sullivan/Getty Images)

“According to statistics compiled by the data analysis firm AH Datalytics, the city has seen a nearly 71% increase in homicides over the past year,” reported Fox News. “While homicides have increased nationwide since 2020, Austin’s increase is one of the largest the firm has tracked.”

Musk’s newfound passion to save Austin from becoming a leftist sinkhole comes after he announced this month that he would be moving Tesla headquarters from the city of Fremont, California, to Austin, Texas, in part because of the cost of living.

“It’s tough for people to afford houses and a lot of people have to come in from far away,” he said during Tesla’s annual stockholder’s meeting. “We’ve taken it as far as possible but … there’s a limit to how big you can scale it in the Bay Area.”

“Here in Austin, our factory’s like five minutes from the airport, 15 minutes from downtown, and we’re going to create an ecological paradise here because we’re right on the Colorado River,” he added. “It’s gonna be great.”

Musk rocked the halls of the Twitterverse last year when he said, “take the red pill” and “cancel cancel culture” with no further clarification.

Prior to his infamous “red pill” tweet, Musk had been urging governors to reopen the economy and even went as far as to call the coronavirus lockdown orders “fascist.” He also expressed opposition to a second economic stimulus while expressing his support for universal basic income (UBI).

“As a reminder, I’m in *favor* of universal basic income,” he tweeted. “Goal of government should be to maximize the happiness of the people. Giving each person money allows them to decide what meets their needs, rather than the blunt tool of legislation, which creates self-serving special interests.”

“Another government stimulus package is not in the best interests of the people imo,” he continued. “These are jammed to gills with special interests earmarks. If we do a stimulus at all, it should just be direct payments to consumers.”