'Cry Macho' Review: Clint Eastwood's Lessons on Being a Man

If there’s a thread that runs through Oscar-winner Clint Eastwood’s work as a director, it’s his unabashed love of American pluralism, his belief in the melting pot, and his dedication to the virtues of individualism.

Whether it’s the assortment of eccentrics working for Bronco Billy, or a Richard Jewell, or Old Farts, or a struggling immigrant family, as long as you’re willing to accept — or at least tolerate — the other fella, as long as you’re not bullying others about how they should live and speak and think, as long as you’re your own man — that’s American enough for Clint Eastwood.

And that should be American enough for any of us.

And that’s not just Eastwood’s definition of American. It’s also his definition of what it means to be a man, and the just-released Cry Macho is his way of once again sharing that lesson. 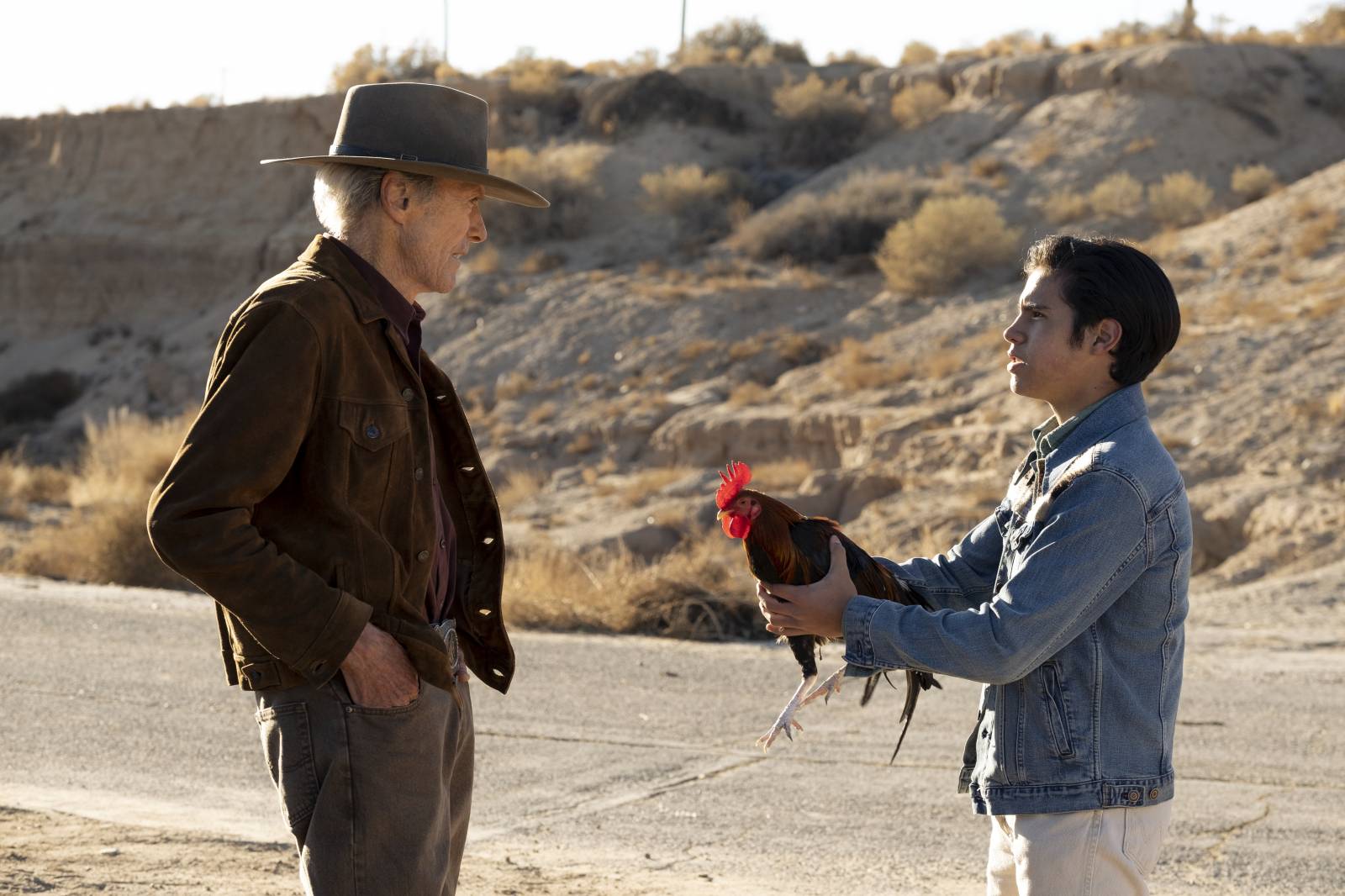 It’s the 1970s, and Mike Milo (Eastwood), a one-time rodeo star, is now a broken-down cowboy working for Howard Polk (Dwight Yoakam). The two men don’t like each other much. But like an old married couple with no other options and too much history, they’re kind of stuck together.

The reasons for this animosity are apparent: they’re very different. Polk is a successful and wealthy rancher, a man driven by more, and always looking ahead so his sins can’t catch up to him, while Milo’s a loner haunted by his past, by his sins, as well as his losses and regrets.

A year after firing Milo, Polk suddenly decides he wants to be a father to his son. The problem is, he hasn’t seen 13-year-old Rafael (Eduardo Minett) in years, and the kid’s in Mexico City living with his mother. So he calls in a big IOU on Milo, and Milo reluctantly heads off to Mexico City to retrieve the boy.

But because Polk is Polk, Milo walks straight into a jackpot, including a surly and bitter Rafael who’s been living on the streets. Nevertheless, the two of them are soon on the road where they will face numerous setbacks and, naturally, bond.

Cry Macho is not as good as Eastwood’s two most recent features — The Mule and Richard Jewel. There’s not much story here. The plot meanders and sometimes gets a little too precious. But what makes it worthwhile is how Milo affects Rafael, how he helps the kid grow up a little. 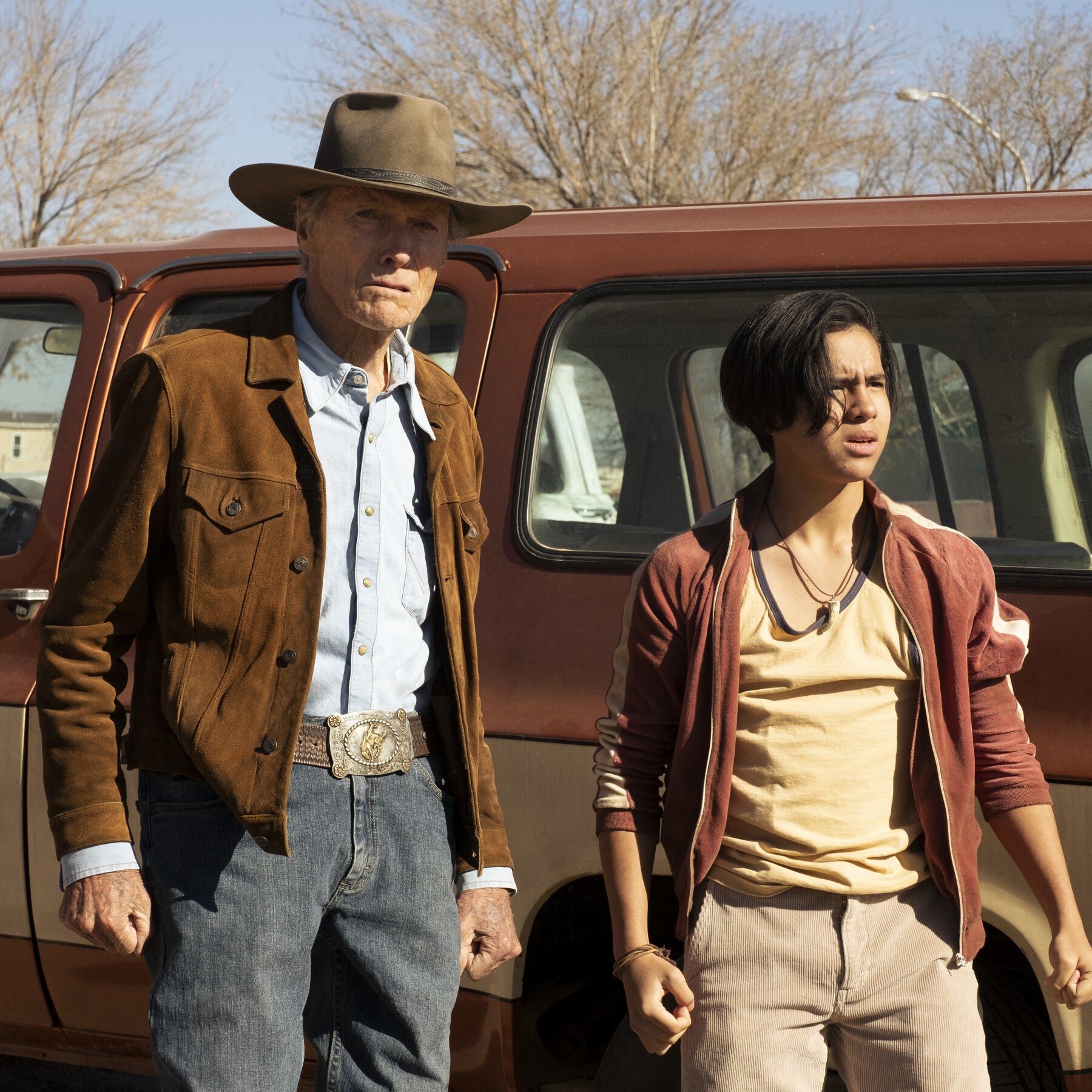 There are no lectures, and Milo never does anything dramatically noble. In fact, Milo does a few dishonest things. But in the end, it’s Milo’s everyday example that offers Rafael a roadmap to a happier life. You can almost see the kid watching this old guy and asking himself, Where does this serenity and self-confidence come from?

Something else Rafael slowly discovers is that Milo’s been hit with every hard knock you can think of, and this forces the kid to face the fact that no matter how unfair life has been, feeling sorry for yourself is no way to live.

Milo’s no victim, either. He’s made plenty of mistakes. But again, through his example, the kid sees the peace of mind that comes from admitting to those mistakes, that comes from understanding that you can’t move past your past until you accept responsibility for it, if only to yourself.

Something else I appreciated was that when the credits roll, we’re still not 100 percent sure Rafael’s figured it all out. He is only 13 and Dear Old Dad’s motives aren’t exactly straightforward. But we do know that after eight decades, many of them wasted trying to prove himself to everyone else and on self-pity, that Milo’s at least figured out it’s much easier to go through life knowing you don’t have all the answers, and with that comes some peace, which brings me back to my original point.

Milo never tells this neurotic and insecure kid, Do things my way.  Instead, he tells him to be himself, to stop with the “macho crap” (especially in Texas), stop being a phony. Stop demanding respect. Stop wasting your life trying to prove something. Be your own man.

And what message could be more critical in this day and age?

A lot’s been made of Eastwood’s age. Well, he might be 91 but his movie star charisma hasn’t dimmed and Cry Macho is in no way a vanity project. He’s not an 80-year-old Harrison Ford still trying to be Indiana Jones. Clint Eastwood’s not trying to be anything other than Clint Eastwood, and here he plays an old man who walks and talks like an old man.

But he does still have a young man’s zeal to stick it to the establishment. Honestly, can you imagine a theme more subversive in this fascist era of woke than Be your own man?