China, the world’s top producer of magnesium, has severely limited production of the metal hardener — used across the aluminum industries — since September, throwing global supply chains into disarray and threatening to further disrupt worldwide trade through 2022.

“Around 85 percent of the world’s magnesium production comes from China, and a large chunk of it from one town in Shaanxi province, Yulin,” the Financial Timesreported on October 19.

In mid-September, local Communist Party officials in Shaanxi ordered roughly 35 of the province’s 50 magnesium smelters to close until the end of the year and directed the rest of Shaanxi’s magnesium smelters to cut production in half through the same time period. The province was forced to mandate the curbs after China’s federal government limited energy rations to factories nationwide. China has suffered from an acute shortage of coal — its primary source of fuel for electricity production — that simultaneously caused prices of the commodity to surge over the past year, creating a power crisis. 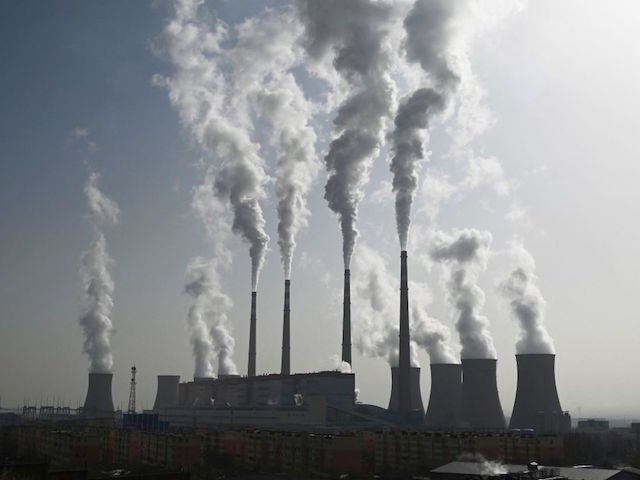 This photo taken on November 15, 2021 shows the coal-powered Datang International Zhangjiakou Power Station in Zhangjiakou, one of the host cities for the 2022 Winter Olympic Games, in China’s northern Hebei province. (GREG BAKER/AFP via Getty Images)

Magnesium production requires vast amounts of electricity. In China, about 4 kg of coal is required to produce 1 kg of magnesium. The raw material is used most commonly in the production of aluminum alloys, which are in turn used in the manufacture of automobile and aircraft parts, laptops, smartphones, and other products.

“[M]agnesium is used in small amounts to add strength to aluminium alloys, which are then used in building supplies and packaging,” according to the Economist.

The magazine noted in mid-November that China’s power shortages had caused the country to limit magnesium production. The development threatens to further constrain global supply chains, already hampered by myriad shortages across industrial fields due to the ongoing pandemic.

“The price of the metal, which in recent years has hovered around $2,000 per tonne, peaked at more than $11,000 in September,” the Economist observed.

“The price of magnesium had come down to $5,300 by November 13th, but some manufacturers are jittery. On a recent earnings call Volkswagen’s head of purchasing said a magnesium shortage ‘will happen definitely,'” the publication reported on November 15.

Canada-based Matalco, one of America’s largest aluminum producers, told its clients in mid-October magnesium availability had “dried up” in recent weeks and warned the phenomenon might force the company to ration deliveries in 2022.

“In the last several weeks, magnesium availability has dried up, and we have not been able to purchase our required magnesium units for all of 2022,” Matalco Inc. President Tom Horter said in a letter issued October 13.

“The purpose of this note is to provide this advanced warning that, if the scarcity continues, and especially if it becomes worse, Matalco may need to curtail production in 2022, resulting in allocations to our customers,” the letter, obtained and published by the research firm S&P Global Platts Analytics, read.

“Europe is expected to run out of magnesium stocks by the end of November,” European Aluminum, a Brussels-based industry body, predicted on October 22.

“With an 87 percent production share, China has a near-total monopoly on global magnesium manufacturing,” European Aluminum acknowledged in a separate notice issued on September 27.

“In 2001, Europe was forced to close its remaining magnesium production as a consequence of dumped Chinese imports, and now depends for 95 percent on China’s supply,” the industry representative recalled. 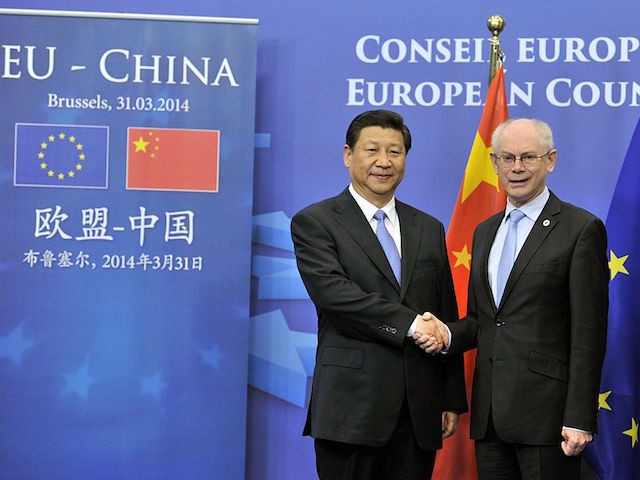 Japan’s government-owned broadcaster, NHK, published an article on December 14 revealing Tokyo has joined the E.U. in reconsidering its reliance on China for magnesium imports.

“The situation has countries like Japan – which imports 99 percent of its magnesium from China – reassessing its reliance on foreign suppliers,” according to the public broadcaster.

“The Japanese government is looking for solutions to resolve its dependency on overseas-sourced commodities. A new economic security bill that aims to make supply chains more resilient is expected to be submitted to the Diet [Japanese parliament] next year,” NHK reported.