Organizing officials for the 2022 Winter Olympics said Tuesday the Games’ host city, Beijing, has no plans to lock down any sections of the capital to prevent the spread of the Chinese coronavirus during the event — scheduled to take place from February 4 through February 20 — despite mounting lockdowns in surrounding areas.

“Beijing won’t need to be sealed off for the Games next month,” Huang Chun, who leads the 2022 Winter Olympics’ coronavirus prevention efforts, told reporters on January 11, adding that a lockdown order for either Beijing or its surrounding province of Hebei remains “off the table” for now.

“The overall situation remains under control,” he said of Beijing’s current coronavirus caseload.

Huang suggested preliminary efforts by the 2022 Winter Olympics organizing committee to create a coronavirus-free “bubble” for all athletes and personnel participating in the Games had helped contribute to an allegedly stable coronavirus situation in the Chinese national capital. The committee launched a”closed-loop” management system that physically separates Olympics participants from Beijing’s greater population on January 4. Hua said the preparatory conditions created by the system so far were “working well” as of January 11.

While Beijing claims to have no plans to lock down its population during the Winter Games, regions directly bordering the city and its surrounding province, Hebei, have imposed movement restrictions on their inhabitants in recent days to curb local coronavirus outbreaks and prevent them from spreading to Beijing. Chinese Communist Party officials in charge of Tianjin, a port city neighboring Beijing to its southeast, banned all travel out of the municipality on the evening of January 9. 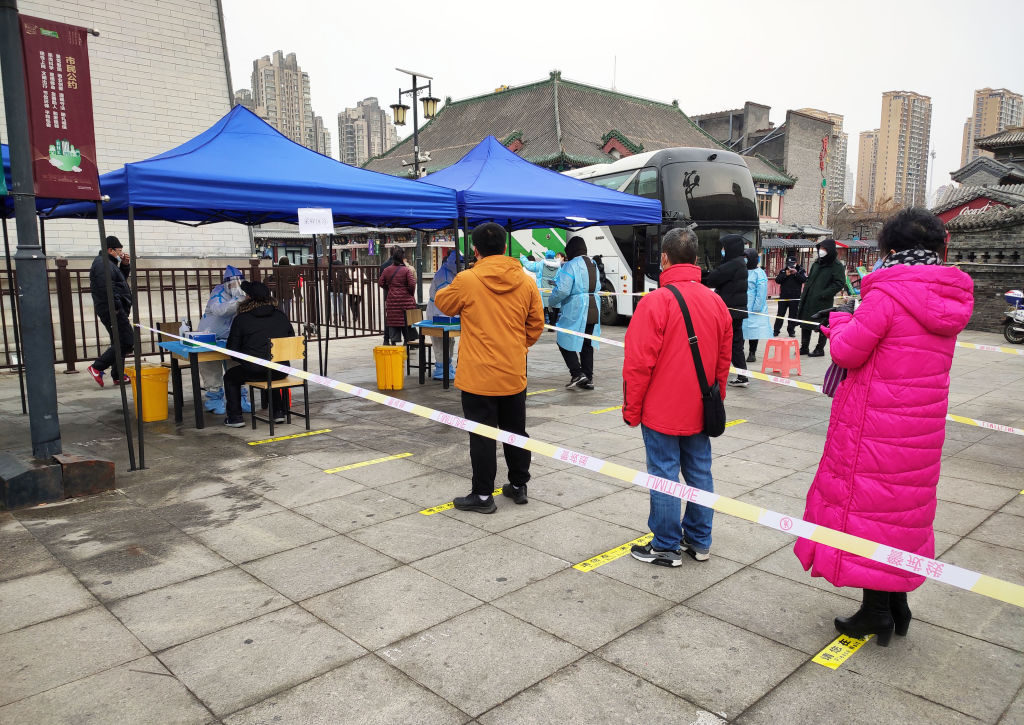 Residents queue to get a swab sample for Covid-19 coronavirus in Tianjin, in northern China on January 9, 2022. (STRINGER/AFP via Getty Images)

“Citizens with fever are not allowed to leave Tianjin or enter Beijing … until the risk of infection has been ruled out,” Xinhua, China’s official state-run press agency, reported on Sunday.

Tianjin is home to roughly 14 million people. The municipality serves as a major commuter base for workers who travel to Beijing daily for jobs in the capital. Tianjin transit officials “suspended” the sale of all high-speed train tickets for routes traveling from Tianjin to Beijing on January 9. The Beijing Center for Disease Prevention and Control asked all commuters from Tianjin “to work at home instead of coming to the capital” for an indefinite amount of time earlier that same day.

Communist Party officials governing cities and counties across Henan province, which borders Hebei province to its south, have restricted the movement of their local populations in recent days as well. Henan’s northernmost city of Anyang, home to 5.5 million residents, imposed a strict stay-at-home order on its population on the evening of January 10. Communist Party authorities announced on January 12 an additional lockdown mandate for Huaxian, a county administered by Anyang city. 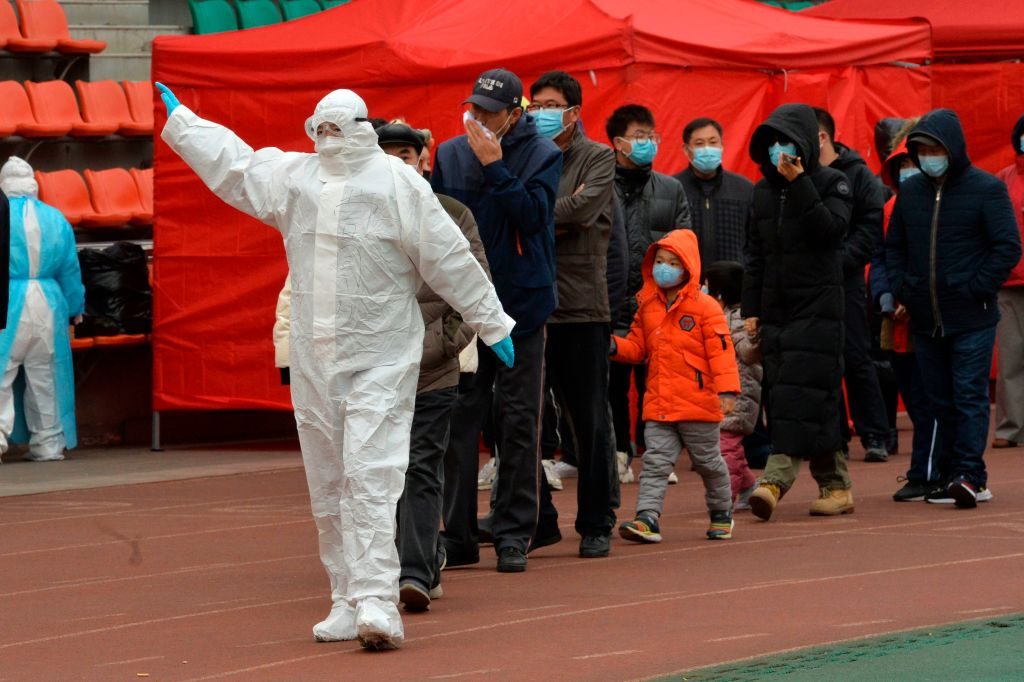 “Aside from Anyang, where lockdown was instituted from the time the outbreak started when two individuals with Omicron variant were discovered, Huaxian, a county administrated by Anyang, that is … 70 kilometers [43 miles] from Anyang, starting from Wednesday [January 12] will also impose lockdown,” the newspaper detailed.

“Residents in Huaxian should stay indoors and work from home,” the Global Times relayed. “Other than those for necessary usage, all vehicles are banned on the roads.”

“Businesses, restaurants in the county suspended operations, except stores that provide necessities, pharmacies and medical institutes. Public transportation was also suspended,” according to the report.