China: Biden’s $1.2 Trillion in Spending Is ‘Not a Large Amount’

The Global Times unfavorably compared Biden’s spending bill to the New Deal, which the Chinese paper credited with sparking a “rapid increase in U.S. national strength” and laying “the foundation for the U.S. to become a superpower.”

“American people inevitably yearn for this glorious past. But today, can the U.S. overcome political extremes and fragmentation and rebuild the country?” the Global Times asked. 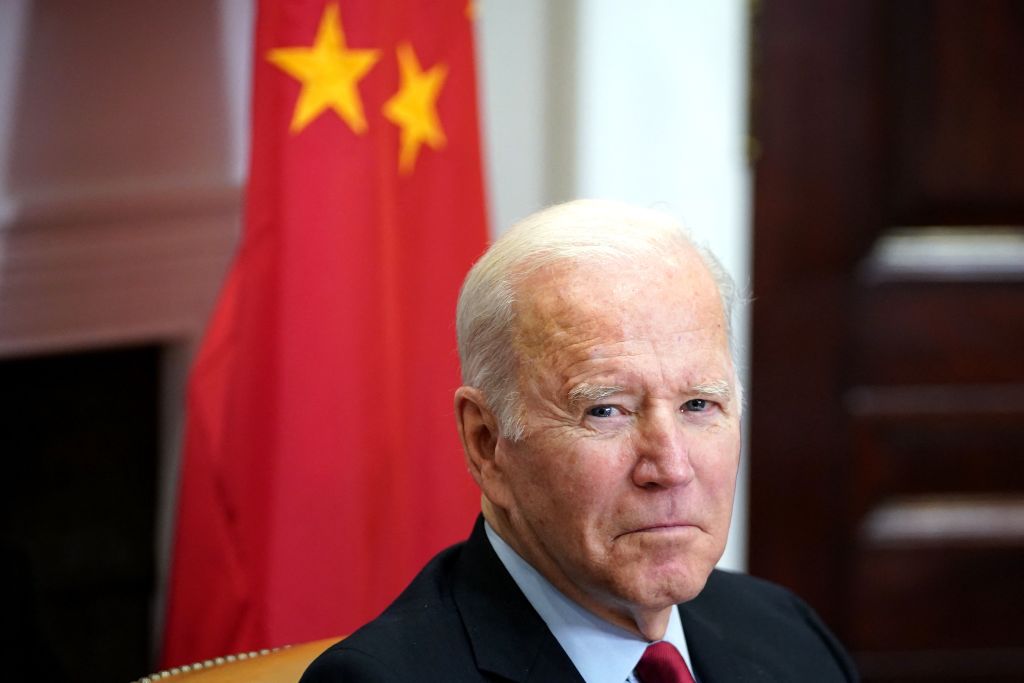 US President Joe Biden meets with China’s President Xi Jinping during a virtual summit from the Roosevelt Room of the White House in Washington, DC, November 15, 2021.(Photo by MANDEL NGAN/AFP via Getty Images)

Not with a puny $1.2 trillion in government spending by a government that cannot seem to build anything but lawsuits and slush funds, answered Chinese analysts:

“Frankly, this is not a large amount and may not have a fundamental impact on the improvement of US infrastructure. The bill may eventually turn into a game of dividing money into different areas, instead of forming a promising big project like the New Deal,” Lü Xiang, a research fellow at the Chinese Academy of Social Sciences, told the Global Times.

In addition to the obstacles brought by partisan competition, the bill also has to face problems such as political corruption in the US. “Who is closer to the government? Who is more active in donations? And who plays a greater role in the elections? Such questions may eventually turn government investment into ‘pork barrel’ funds,” Lü said.

Low administrative efficiency and high costs have also been the knotty problem in US infrastructure construction. Take the “Big Dig,” a megaproject in Boston constructed from 1991 to 2007. The project was to reroute the chief highway through the heart of the city into a 1.5-mile tunnel – yet it took 16 years and cost some $20 billion to complete it. If the US federal government’s infrastructure projects affect local governments’ interests, it will inevitably have an impact on the projects’ construction.

The Global Times nevertheless concluded Biden’s spending plan “marks a step forward for the U.S.,” unless it becomes “nothing but a bargaining chip between parties and even a tool to counter other countries.”

The editorial did not specify which countries the United States might be interested in countering, but President Biden has been touting his bill as a means of restoring American competitiveness against China.

“We’re about to turn things around in a big way. For example, because of this law, next year will be the first year in 20 years that American infrastructure investment will grow faster than China’s,” Biden said on Tuesday.