Briefing Readout: No Mention of Abortion in Joe Biden’s Meeting with Pope Francis

ROME — The Vatican briefed reporters Friday that Pope Francis and President Joe Biden discussed topics such as climate change and immigration in their morning meeting but made no mention of the abortion issue.

In its press briefing, the Vatican states that the pope and the president “focused on the joint commitment to the protection and care of the planet, the healthcare situation and the fight against the Covid-19 pandemic, as well as the theme of refugees and assistance to migrants.”

“Reference was also made to the protection of human rights, including freedom of religion and conscience,” the communiqué concludes.

The fact that the briefing makes no mention of abortion does not mean that the topic never came up but suggests that either it was not discussed or the Vatican opted not to emphasize the point.

Because of his aggressive promotion of abortion rights, President Biden has found himself at odds with the U.S. Catholic bishops, who have not hesitated to criticize him for this blatant departure from core Church teaching on respect for human life.

Last February, the head of the U.S. Bishops’ Committee on Pro-Life Activities, Kansas City Archbishop Joseph Naumann, said that Mr. Biden should stop calling himself a “devout Catholic” since his actions contradict this claim. 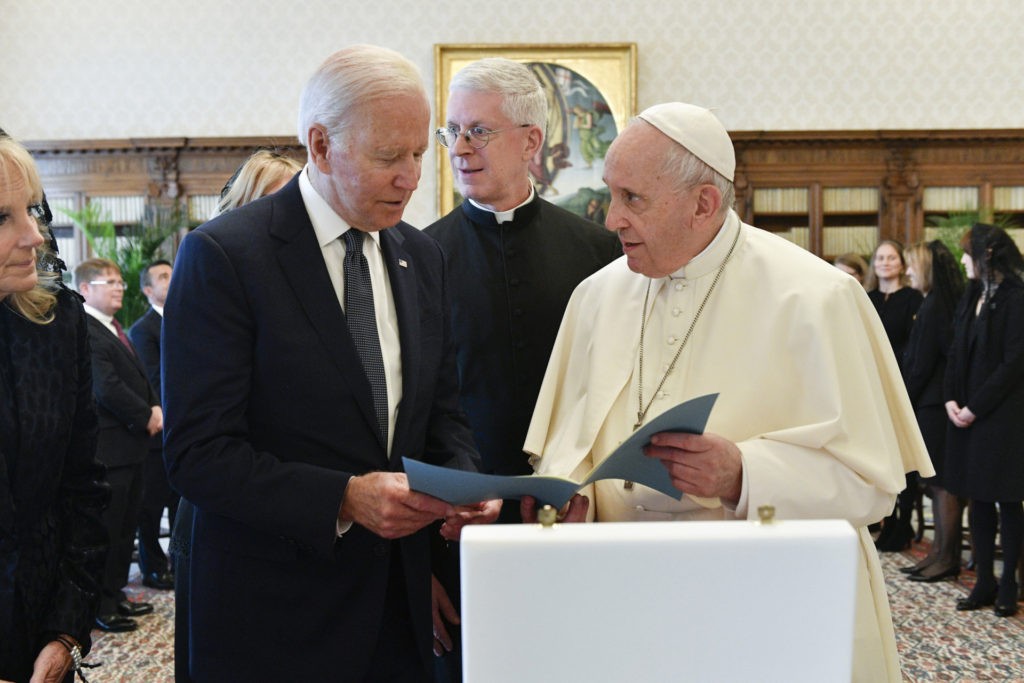 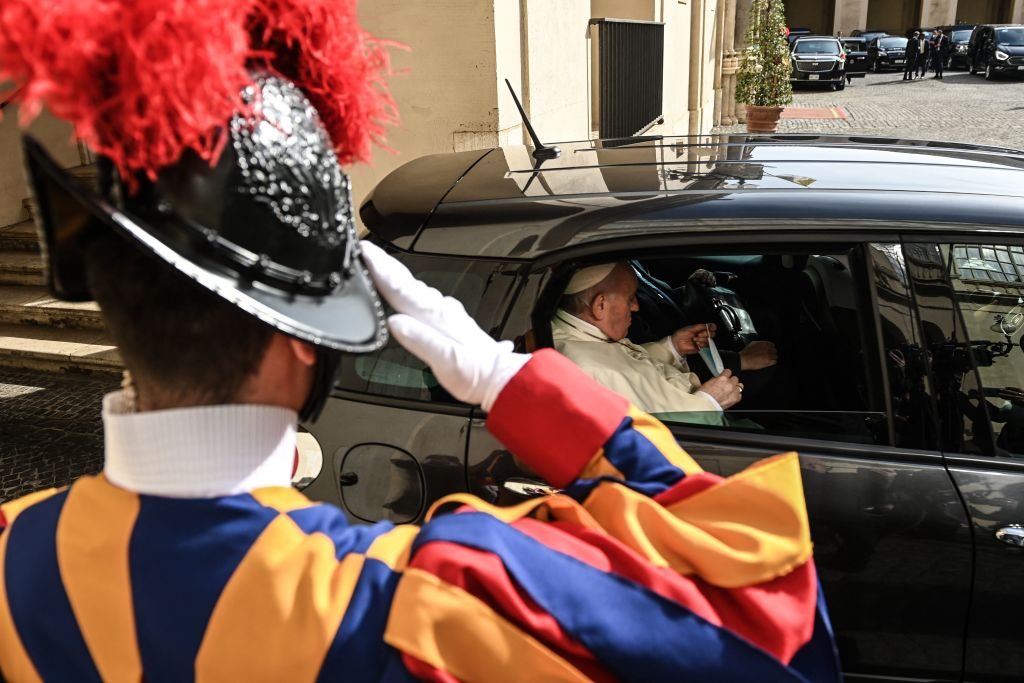 Pope Francis leaves following a private audience with U.S. President Joe Biden in The Vatican on October 29, 2021, ahead of an upcoming G20 summit of world leaders. (BRENDAN SMIALOWSKI/AFP via Getty)

“The president should stop defining himself as a devout Catholic and acknowledge that his view on abortion is contrary to Catholic moral teaching,” Archbishop Naumann said. “It would be a more honest approach from him to say he disagreed with his Church on this important issue and that he was acting contrary to Church teaching.”

“When he says he is a devout Catholic, we bishops have the responsibility to correct him,” the archbishop continued. “Although people have given this president power and authority, he cannot define what it is to be a Catholic and what Catholic moral teaching is.”

Biden is “usurping the role of the bishops and confusing people,” Naumann said. “He’s declaring that he’s Catholic and is going to force people to support abortion through their tax dollars.”

“The bishops need to correct him, as the president is acting contrary to the Catholic faith,” he added.

The archbishop also said the president “has the responsibility not to present himself for Holy Communion,” the archbishop said.

“When Catholics receive the Eucharist, they are acknowledging the Real Presence of Jesus and also belief in the teachings of the Church,” he added.

What Biden is supporting “is a serious evil,” the archbishop said. “I don’t know the disposition of his mind and heart but his act of supporting legal abortion is wrong.” 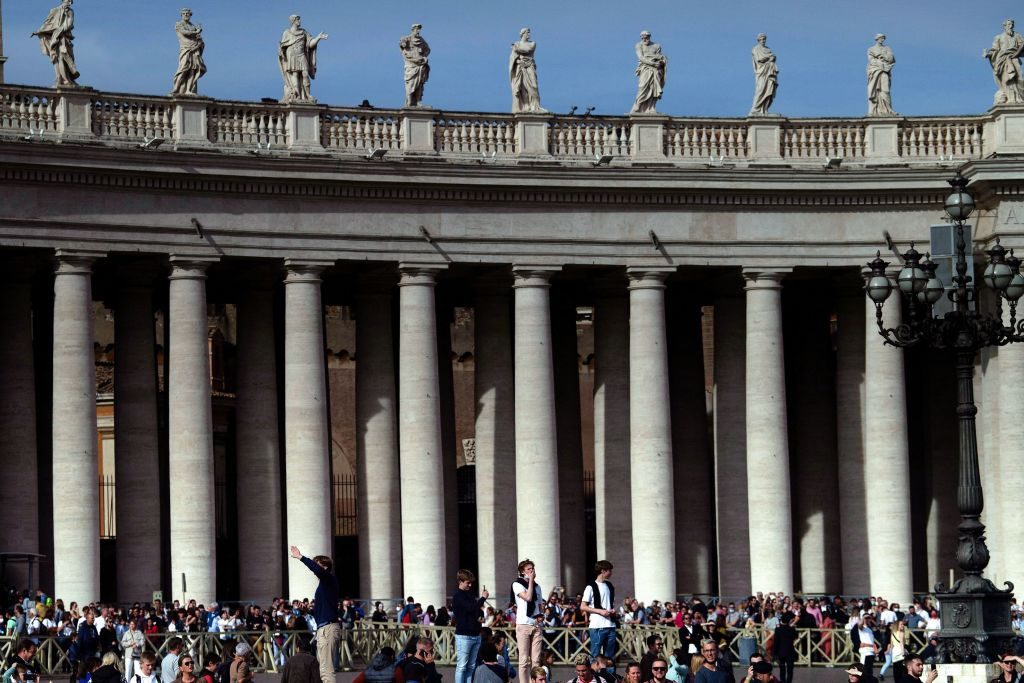 “It is grievous that one of President Biden’s first official acts actively promotes the destruction of human lives in developing nations,” declared Naumann in a joint statement with Bishop David Malloy, chairman of the Committee on International Justice and Peace.

“This Executive Order is antithetical to reason, violates human dignity, and is incompatible with Catholic teaching. We and our brother bishops strongly oppose this action,” the bishops stated.

The overturned Mexico City policy had “ensured U.S. taxpayer dollars only went to organizations that agreed to provide health services in a way that respected the dignity of all persons,” the bishops observed.

“We urge the President to use his office for good, prioritizing the most vulnerable, including unborn children,” they added.

The Catholic Church teaches that abortion is an abominable crime and a sin so grave that the harshest punishment the Church imposes — automatic excommunication — is attached to it.

The Catechism of the Catholic Churchstates: “From the first moment of his existence, a human being must be recognized as having the rights of a person — among which is the inviolable right of every innocent being to life.” 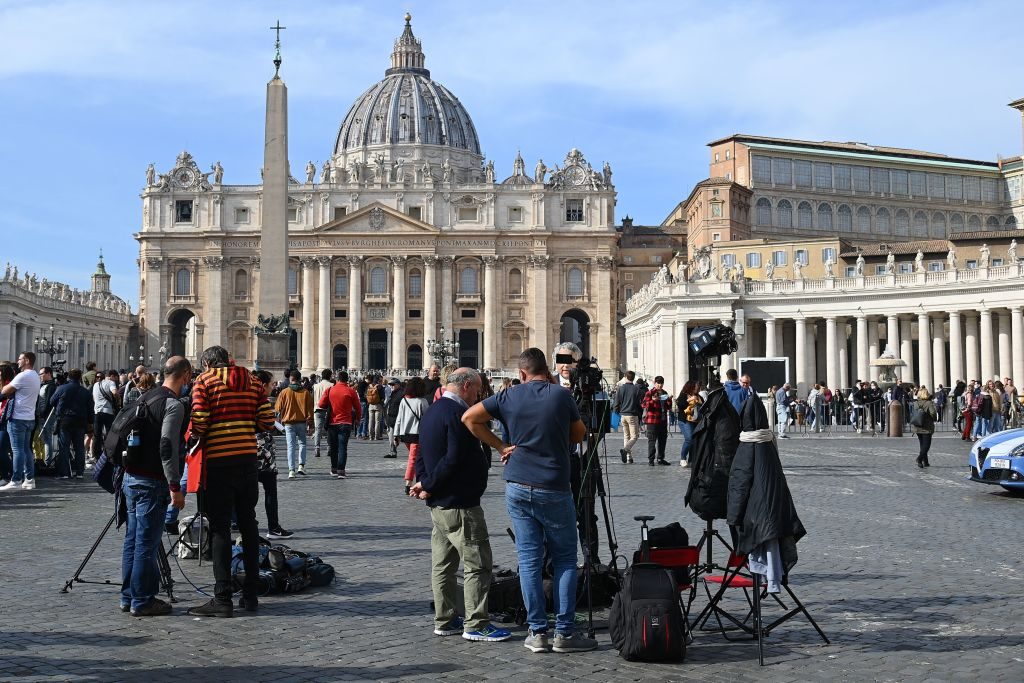 Members of the media stand by on Sr. Peter’s Square in The Vatican within the arrival of the motorcade of US President Joe Biden on October 29, 2021, for Biden’s meeting with Pope Francis. (VINCENZO PINTO/AFP via Getty Images)

Abortion “is gravely contrary to the moral law,” the Catechism declares, and, therefore, a person who procures an abortion incurs excommunication from the Church “by the very commission of the offense.”

The Church also teaches that Catholic politicians have a “grave and clear obligation to oppose” any law that promotes abortion.

Joe Biden is only the second Roman Catholic to serve as U.S. president. John F. Kennedy was the first.