Bill de Blasio May Run for New York Governor in 2022

Two-term New York City Mayor Bill de Blasio may run for governor in 2022, as he is “absolutely” considering ways to further the lifespan of his political career.

On an appearance on far-left Morning Joe on MSNBC, de Blasio touted reports that he will run for governor of New York.

When the host directly asked him if the reports are true, he shifted the question to say he was working with Gov. Kathy Hochul (D), “bringing this city back” after the Chinese coronavirus and Hurricane Ida hit it: 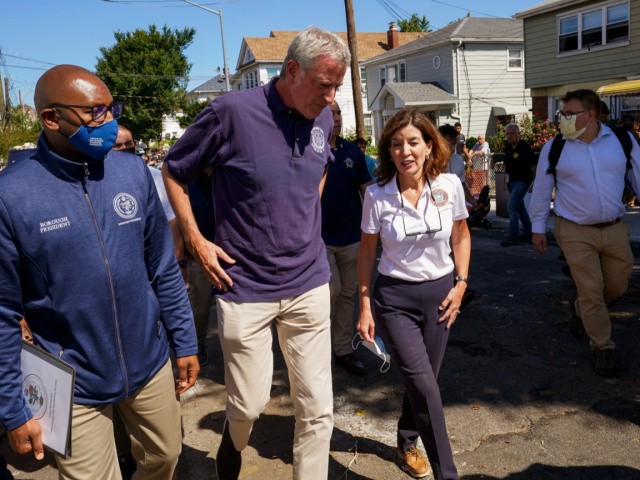 New York Gov. Kathy Hochul, right, Mayor Bill de Blasio, center, and Queens Borough President Donovan Richards walk together after a news conference near a home where people were killed when their basement apartment was flooded in the Jamaica neighborhood of the Queens borough of New York, Thursday, Sept. 2, 2021, in New York. The remnants of Hurricane Ida dumped historic rain over New York City, flooding the region as freeways and boulevards turned into rivers, submerging cars (AP Photo/Mary Altaffer).

Hochul was elevated to the governorship when the disgraced Andrew Cuomo stepped down from the position last month after an investigation found credibility to claims he sexually harassed multiple women: 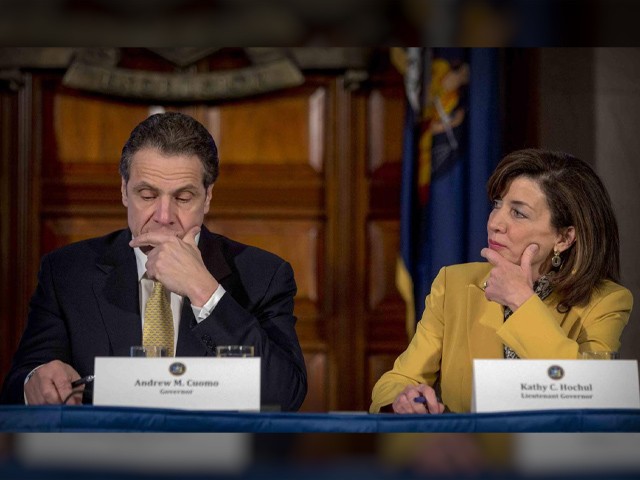 FILE – This photo from Wednesday, Feb. 25, 2015, shows New York Gov. Andrew Cuomo, left, and Lt. Gov. Kathy Hochul during a cabinet meeting at the Capitol in Albany, N.Y. Leaders in the state Assembly announced an impeachment investigation against Cuomo over allegations of sexual harassment, if successful, Hochul would take over as governor (AP Photo/Mike Groll, File).

He then said, “The politics, that’s next year,” not fully confirming his plans.

“But look, I believe in public service. I’ve done it my whole life. I want to keep working on crucial issues and causes,” he added, talking about what could be next upon leaving office as mayor. “So we’ll see what the future brings.”

The host then pressed him, asking if it’s “fair to say” he is slightly “considering the run” for governor.

“I want to keep serving in one way or another in the future, so I’m going to look at different options. Absolutely,” he said.

Politicoreported the mayor has “phoned several labor leaders in recent days to gauge support,” according to a union affiliate familiar with the conversations.

New York City mayors have term limits that only allow them to serve two consecutive four-year terms. However, they can run again after one four-year break.