President Joe Biden’s beloved $1.75 trillion dollar spending bill will be a gift to climate change activists everywhere by giving up to $555 billion in “clean energy investments.”

The climate portion of the bill stands in line with President Biden’s overall plan to reduce greenhouse gas emissions by 50 percent come 2030. From Fortune:

The plan would allocate $320 billion for clean energy tax credits; $105 billion to address pollution, extreme weather events, and to create a new Civilian Climate Corps to work with local communities; $110 billion in investments for clean energy companies and a cleaner supply chain; and $20 billion for the government to purchase energy efficient products and technologies.

According to NPR, the Civilian Climate Corps would “employ thousands of young people to address the threat of climate change, strengthen the country’s natural defenses and maintain its ailing public lands.” President Biden previously hailed it as a “unified national response to climate change.” 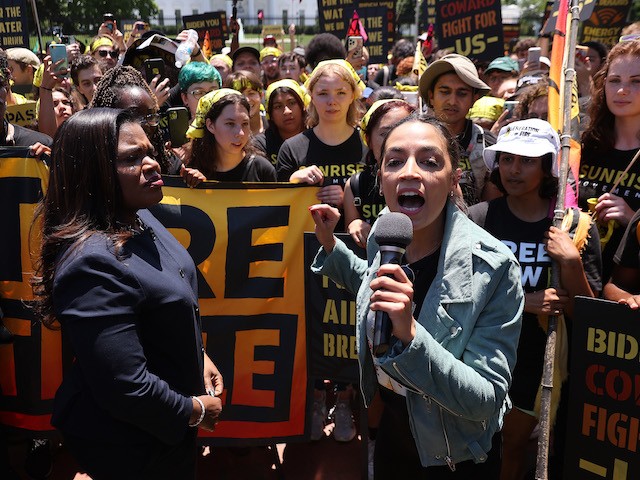 Climate activists have praised the environmental portion of the bill, calling it a historic investment into “clean energy and environmental justice.”

“This would be an absolutely historic investment in clean energy and environmental justice — both of which are essential for climate progress,” Abigail Dillen, president of Earthjustice, told NBC News. “A package that makes all those investments at a scale that will be transformative over the next eight years is incredible.”

Sam Ricketts, co-founder and co-director of the climate advocacy group Evergreen Action, said the bill will show the rest of the world that America means business when combatting the issue of climate change.

“This will show the global community that America really is an ally and can be a leader in driving forward global climate efforts,” Ricketts said. “It shows that after four years of President Trump’s outright climate denial, the U.S. government is moving with leadership against this global crisis.”

“The Build Back Better Framework announced by the White House today doesn’t go far enough to address the economic and climate crises facing our generation,” said Ramirez. “A few moderate Democrats negotiated against the best interest of the American people, forcing the rest of their party to renege on essential promises.” 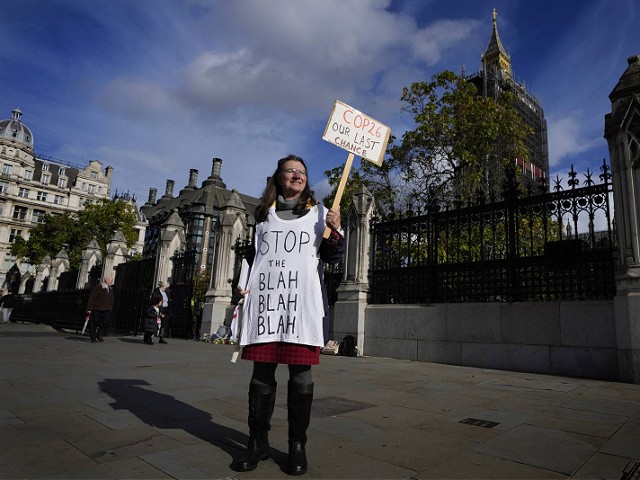 A lone climate demonstrator holds a banner outside parliament in London, Monday, Oct. 25, 2021, ahead of the UN climate conference COP26 that will be held in Glasgow, Scotland, next week. (AP Photo/Kirsty Wigglesworth)

According to the Hill, President Biden will be visiting the United Nations COP26 climate change conference in Scotland next week in hopes to “Change the current political narrative that’s questioning whether he’s up to the job of president.”

“Both Biden and former President Obama want to be seen as the game-changing leader on climate change. Both men see it as a legacy issue — especially their own legacy,” noted the Hill. “And one way to prove a country is leading on climate change is to promise to redistribute hundreds of billions of dollars to poor and developing countries.”