Biden: I Have the 'Strongest First-Year Economic Track Record' of Any Recent President

President Joe Biden declared on Wednesday that despite record inflation and a record trade deficit, he has the “strongest first-year economic track record of any president in the last 50 years.”

“We’re ending 2021 with what one analyst described as the strongest first-year economic track record of any president in the last 50 years,” the president tweeted, adding, “Let’s keep the progress going”:

We’re ending 2021 with what one analyst described as the strongest first-year economic track record of any president in the last 50 years.

On the same day, the Commerce Department released a dismal trade deficit report showing that the gap between the cost of imported goods exceeded the value of exported at a record high and would likely continue for the duration of the coronavirus pandemic. One economist said the report showed that the U.S. economy “has never been weaker”:

The Nov. U.S. merchandise trade deficit surged to $97.8 billion, a new all-time record high. The deficit shattered expectations of $86 billion, and is a 17.5% higher than the prior month. This horrific data proves the U.S. economy is a complete disaster. It has never been weaker!

In another tweet Wednesday, Biden touted himself as a hero of the working class, citing his passage of the infrastructure bill while ignoring the implosion of his Build Back Better agenda. However, as CNBC also noted on Wednesday, the current record inflation has further widened the gap between rich and poor, as lower-income “households bear the brunt of rising prices”:

The coronavirus pandemic has led to a new era of inflation inequality, economists warn, in which poor households bear the brunt of rising prices.

That’s because a bigger portion of their budget goes toward categories that have spiked in cost. Food is up 6.4% over the past year, for example, while gasoline jumped a whopping 58%. And now many people are facing those higher prices as federal stimulus programs fade away.

A recent analysis by the Penn Wharton Budget Model found that low- and middle-income households spent about 7% more in 2021 for the same products they bought in 2020 or in 2019. That translates into about $3,500 for the average household. By contrast, spending by wealthy households went up by only 6%.

Chris Wimer, co-director of the Center on Poverty & Social Policy at Columbia University, told CNBC that lower-income households are increasingly being forced to choose between essential items such as gas and food. 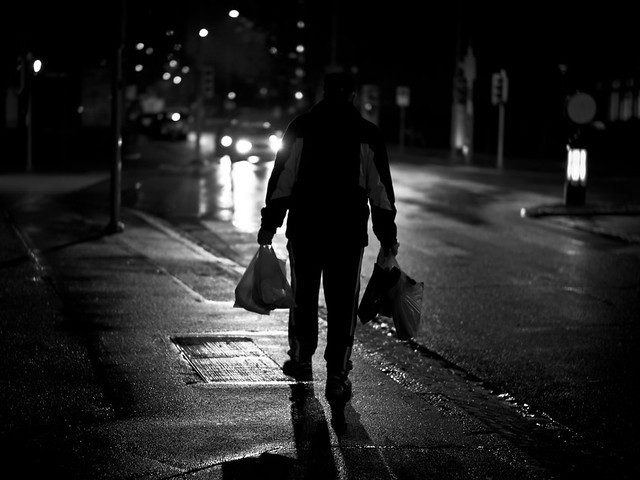 “They’re essentially looking to stretch a dollar most days,” said Wimer. “It’s going to lead to difficult choices between putting gas in the car or paying for your kids’ child care or putting food on the table.”