Fights between rival gangs linked to Mexico’s two top drug cartels broke out in Ecuador’s Litoral penitentiary in the city of Guayaquil between Tuesday and Thursday, killing at least 116 inmates, five of whom were beheaded.

Prisoners used explosives, firearms, and knives in the three-day battle, which has injured roughly 80 people. At least five inmates were decapitated in the gruesome fighting, while several others were dismembered. 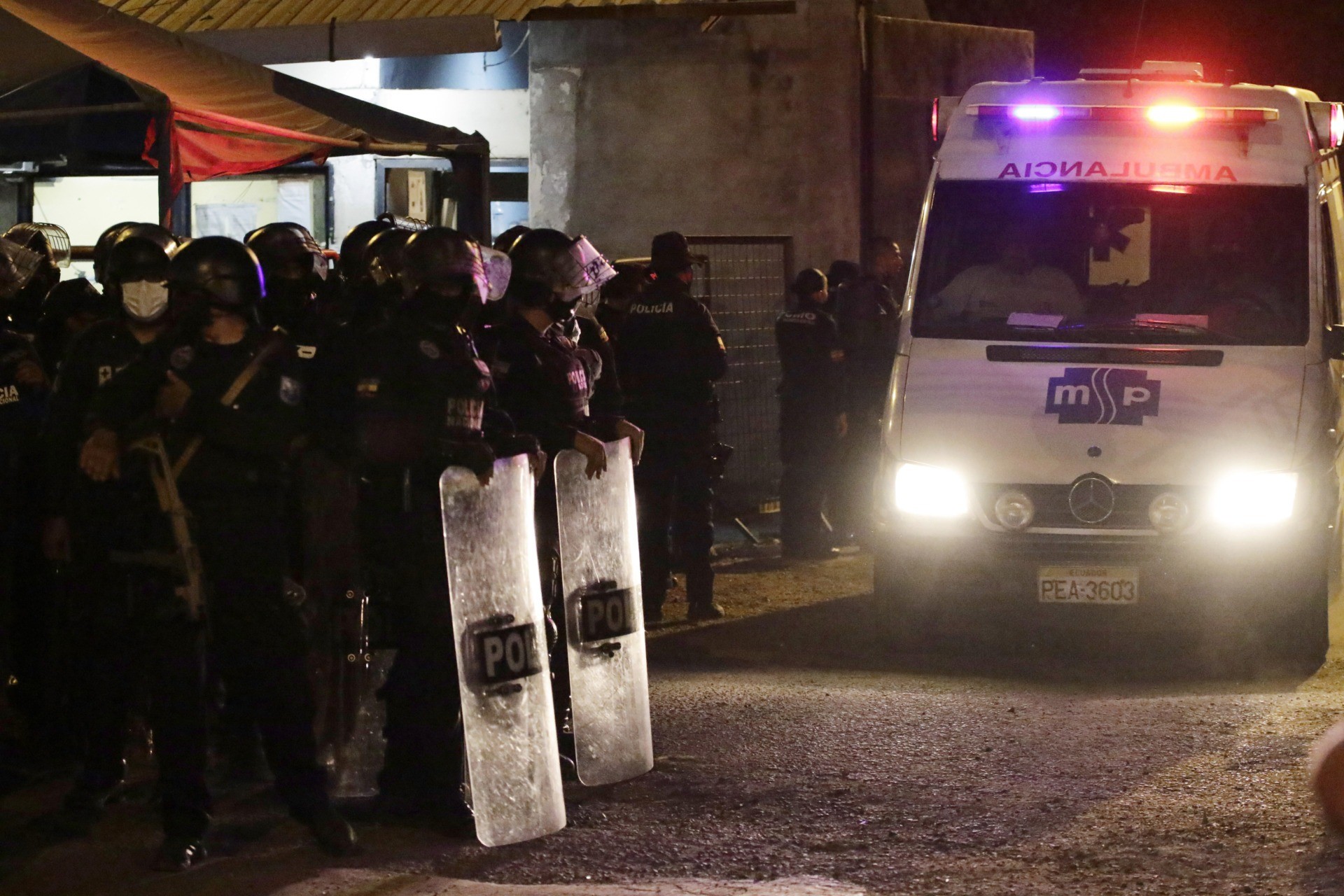 An ambulance leaves from the Litoral penitentiary after a riot, in Guayaquil, Ecuador, Tuesday, Sept. 28, 2021. (AP Photo/Angel DeJesus)

“[T]here was renewed shooting inside the prison overnight Tuesday into Wednesday and as police went through the prison wings one by one, they found scores more bodies, bringing the death toll to 116,” the BBC paraphrased Garzón as saying.

“The Litoral Penitentiary holds inmates from Los Choneros, an Ecuadorean gang which is thought to have links with Mexico’s powerful Sinaloa drugs cartel,” the BBC reported on September 30.

“But another Mexican criminal group, the Jalisco New Generation cartel (CJNG), is also trying to forge alliances with Ecuadorean gangs to seize control of drug smuggling routes leading from Ecuador to Central America from its Sinaloa rivals,” the broadcaster noted.

“The decapitations and the brutal nature of the violence seen inside the Litoral prison are hallmarks of the Mexican cartels, which often kill their rivals in the most gruesome ways to spread further terror,” the BBC continued. 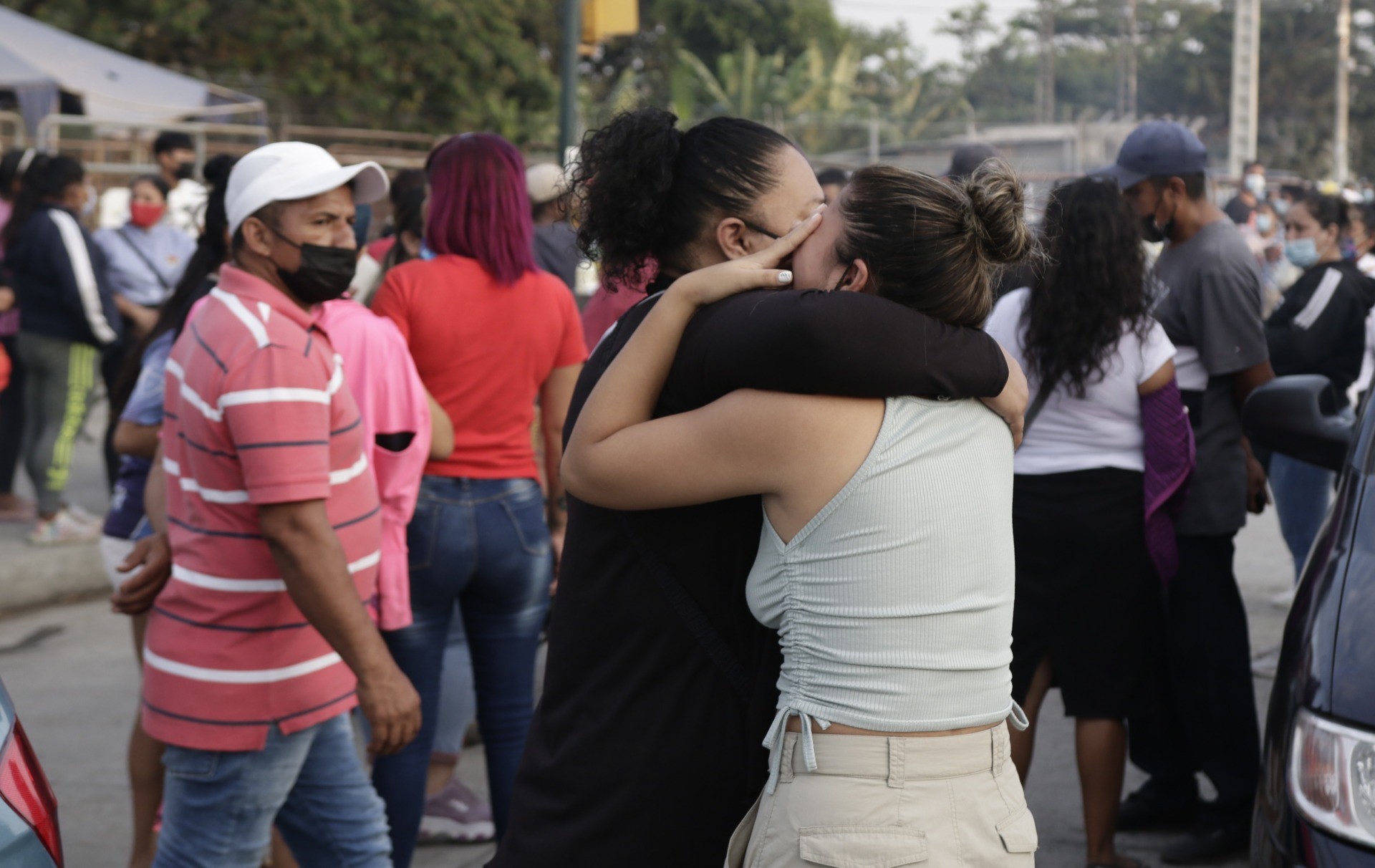 Women hug while waiting for some information about their relatives who are inmates at Litoral Penitentiary. (AP Photo/Angel DeJesus)

Ecuadorian President Guillermo Lasso appeared to confirm the prison battle’s ties to Mexican drug cartels in a speech on September 29.

“It is regrettable that the prisons are being turned into territories for power disputes by criminal gangs,” he said.

Lasso declared a state of emergency in Ecuador’s prison system on Tuesday, enabling the federal government to deploy state police officers and soldiers to Litoral penitentiary. 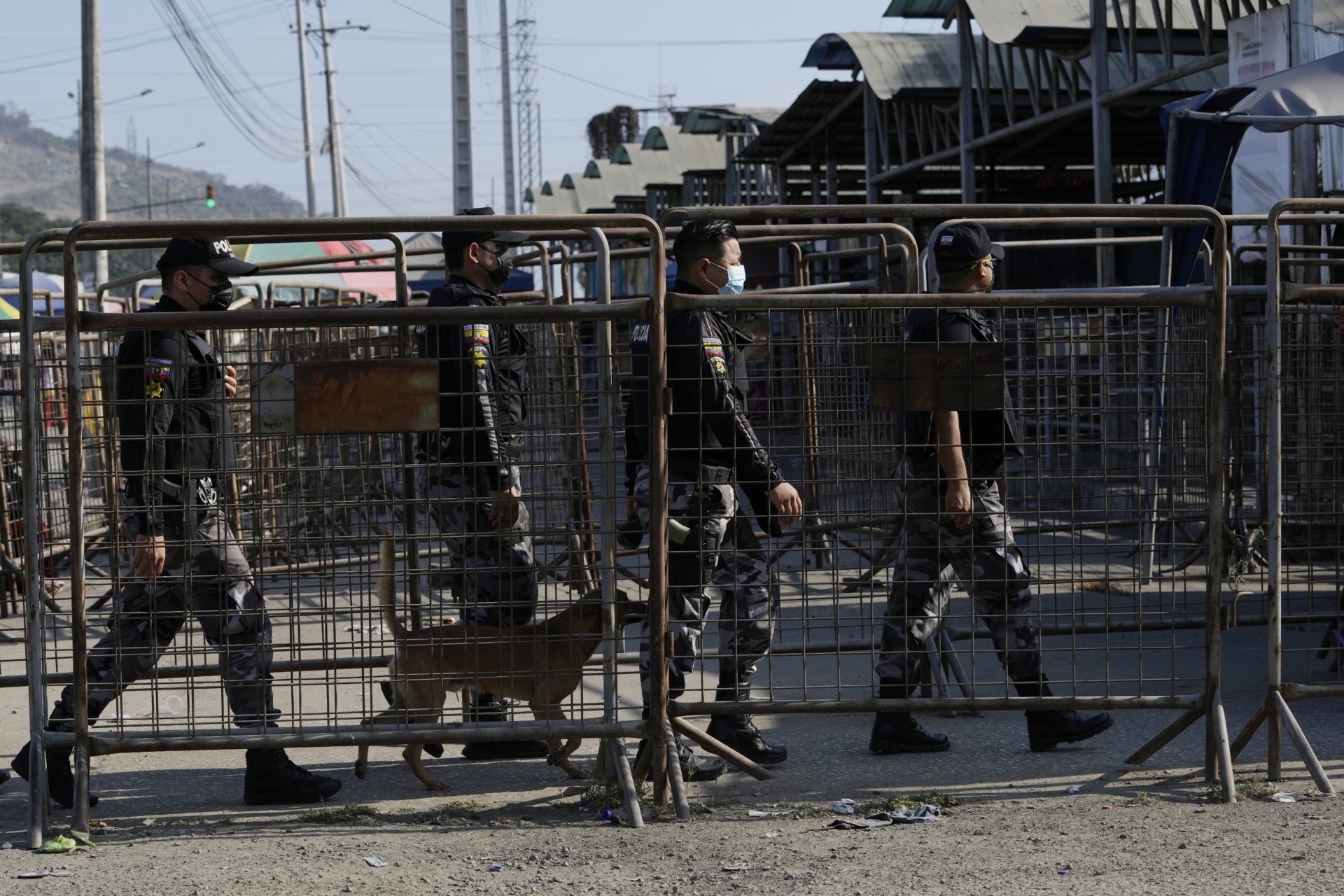 Authorities inside Ecuadorian penitentiaries face a “threat with power equal to or greater than the state itself,” according to Fausto Cobo, the former director of Ecuador’s prison bureau. He made the astounding revelation to the AP on Wednesday, adding that “while security forces must enter prisons with shields and unarmed, they are met by inmates with high-caliber weapons.”

Ecuador’s government has already described this week’s battle at Litoral prison as the worst gang-related violence and worst penitentiary massacre in the country’s history. The South American country has long suffered from prison violence.

President Lasso last declared a state of emergency in Ecuador’s prison system in July after several violent incidents killed over 100 inmates. The gang battles occurred throughout different penitentiaries over a series of days, however, and not all in one facility like that at Litoral this week.