Officials said the crush began as “the crowd began to compress towards the front of the stage” around 9:00 pm when Scott was performing. There were around 50,000 people in the audience at Houston’s NRG Park.

“That caused some panic and it started causing some injuries, people began to fall out, become unconscious and it created additional panic,” Houston fire chief Samuel Pena said at a press conference.

“We had at least eight confirmed fatalities tonight and scores of individuals that were injured,” he said, adding the cause of death could not be confirmed until after medical exams were completed.

Pena said a total of 17 people were rushed to hospital with 11 of them in “cardiac arrest.”

Scott was on stage when the incident occurred and stopped his act on several occasions when he saw fans in distress near the stage, the Houston Chronicle reported.

Survivors described chaotic scenes of people squeezed up against one another and many struggling to breathe, the Chronicle reported.

“We were hanging on to each other to avoid getting separated,” one survivor said. “If you let go, you could easily drift apart.”

One concert-goer quoted in the paper described carrying a man who had fallen to safety over barricades in the arena and watching paramedics perform CPR. 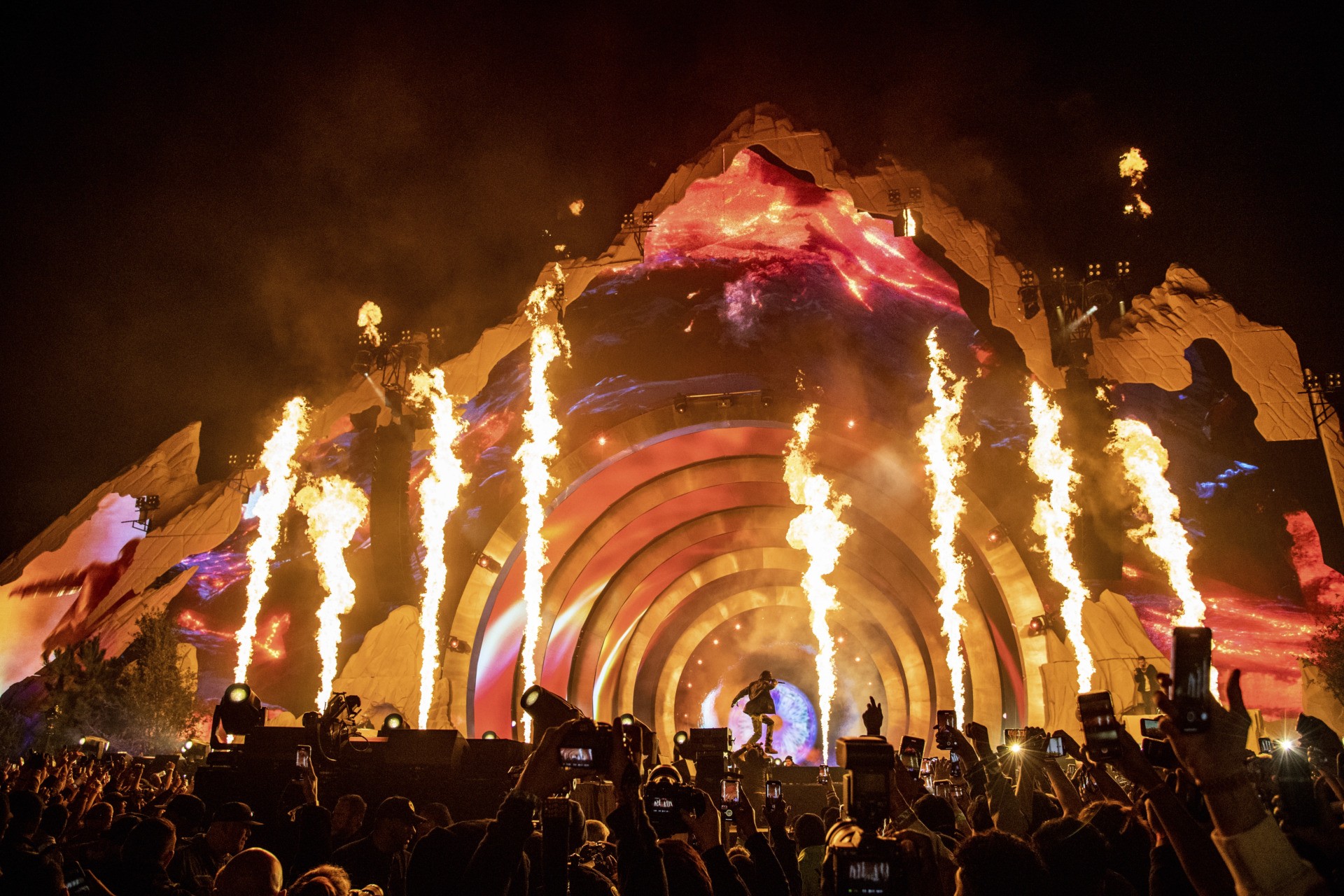 Travis Scott performs on day one of the Astroworld Music Festival at NRG Park on Friday, Nov. 5, 2021, in Houston. (Amy Harris/Invision/AP)

“Our hearts are broken, people go to these events to have a good time, to make memories,” she added.

Houston police are investigating the cause of the incident and looking at video footage from the arena.

“Over the course of just a few minutes, suddenly we had several people down on the ground experience some type of cardiac arrest,” police chief Larry J Satterwhite said.

“We immediately started doing CPR and moving people right then.”

Videos shared on social media showed paramedics resuscitating unconscious fans in the middle of the audience as the concert continued.

Authorities said the rest of the festival, scheduled to continue on Saturday, had been canceled.

Other footage circulating on social media showed scores of people rushing the gates at NRG park with security unable to contain the flow.

Several people could be seen falling over, bringing down the metal detectors at the arena entrance, but it was unclear if that incident was linked to the deaths.

Authorities said more than 300 people were injured throughout the day, including those with minor scrapes and bruises.

The Astroworld music festival was created by Scott and began in 2018.

The 29-year-old rapper, who has a child with celebrity socialite Kylie Jenner, made his breakthrough in 2013 and has had six Grammy nominations.

Other performers scheduled to play the festival over the weekend included the rappers Chief Keef and 21 Savage, as well as the Australian rock act Tame Impala.