Dr. Anthony Fauci claims to still be suffering from post-traumatic stress disorder stemming from the AIDS crisis of the 1980’s in the latest trailer for the NatGeo documentary Fauci, which is set to begin streaming Wednesday on Disney+.

Fauci, which has already had a theatrical run, shows the doctor holding back tears as he recounts the AIDS crisis. “It’s affecting you now,” the interviewer asks. “Why?” “Post-traumatic stress syndrome,” Fauci replies.

An unprecedented portrait of one of America’s most vital public servants. FAUCI, a Documentary from @NatGeo, is streaming October 6 only on #DisneyPlus. #FauciDocpic.twitter.com/M9rOmSl3RQ

Fauci features talking-head appearances by former President George W. Bush, U2’s Bono, and the Obama and Biden administration’s Susan Rice — all of whom are on hand to sing Fauci’s praises.

The filmmakers haven’t been shy about their admiration for Fauci. A previous teaser for the documentary described Fauci as a “hero.”

“This film will be an unprecedented, intimate portrait of our nation’s greatest public servant, whose relentless pursuit of truth and devotion to science has never been more important,” the film’s directors said in a statement.

Among the movie’s producers is Jon Bardin, who produced the recent Stacey Abrams documentary All In: The Fight for Democracy.

Fauci, who is the country’s highest paid federal employee, has been a darling of the establishment media since the beginning of the Chinese coronavirus pandemic.

The 80-year-old public health official posed for the cover of InStyle magazine and appearing in People magazine’s “2020 People of the Year.” 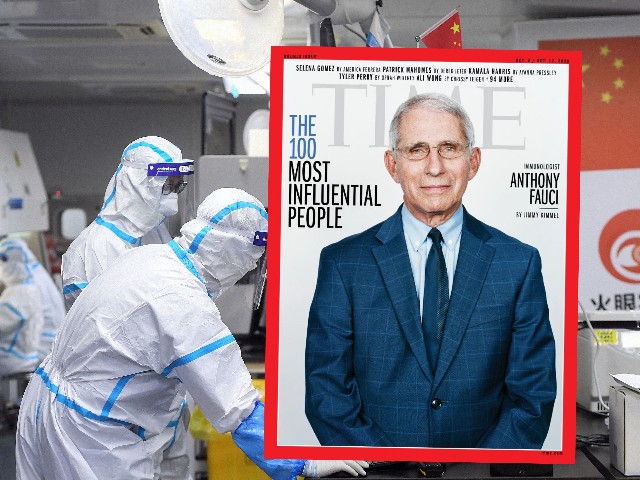 On Monday, Fauci backpedaled remarks he made over the weekend when he said it was “too soon to tell” if Christmas gatherings will be advised during the ongoing coronavirus pandemic.

Fauci told CNN’s “At This Hour” that his comments were taken completely “out of context” and that people, “particularly the vaccinated,” can have a normal Christmas with family members.