The USS Harry S. Truman aircraft carrier strike group was heading for the Mediterranean on Sunday amid rising tensions between the West and Russia.

The exercises are set to begin Monday and run through Feb. 4, and will “demonstrate NATO’s ability to integrate the high-end maritime strike capabilities of an aircraft carrier strike group to support the deterrence and defense of the alliance,” Pentagon press secretary John Kirby told reporters.

He added the strike group, along with several other NATO allies he did not name, “will participate in coordinated maritime manoeuvers, anti-submarine warfare training, and long-range strike training.” 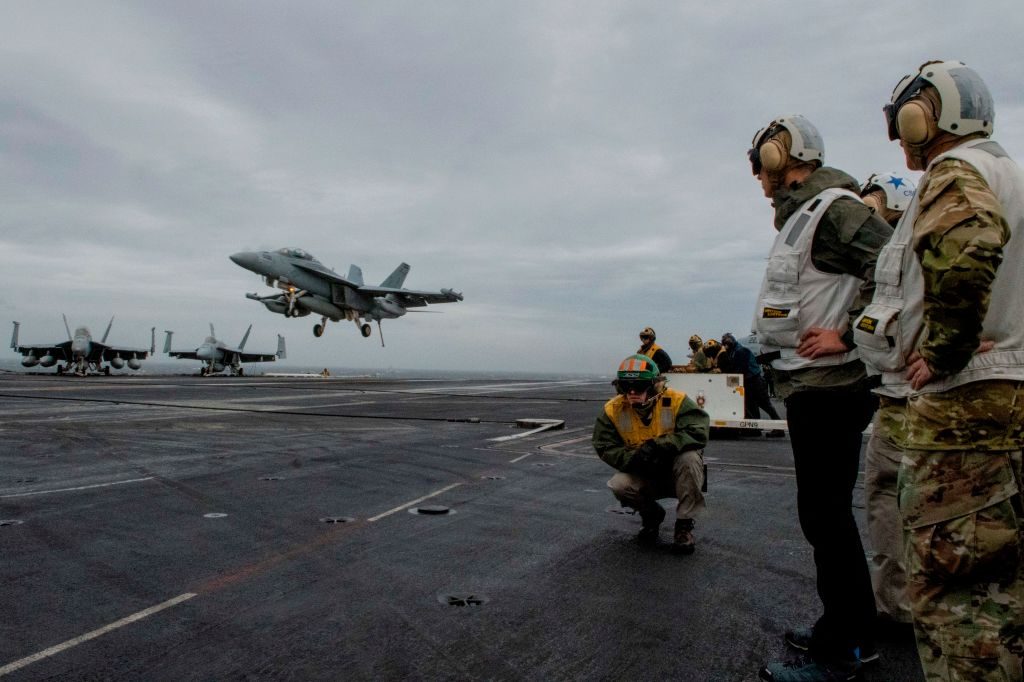 Kirby insisted the war games had been “long-planned,” since 2020, and were not in response to the recent Russian military aggression near the Ukrainian border, though the drills are not listed on NATO’s website among exercises slated for this year.

The announcement came a day after Russia announced its own all-out naval exercises, with more than 140 warships and about 10,000 soldiers taking part in January and February in maneuvers that will take place in the Atlantic, the Arctic, the Pacific and the Mediterranean.

The U.S. and Western allies have watched as the steady rise of Russian troop numbers near the border grew to a peak of an estimated 100,000, driving fears that Moscow was preparing to invade Ukraine.

Russia annexed Ukraine’s Crimean Peninsula in 2014 and shortly after threw its support behind a separatist rebellion in the country’s east. Over more than seven years, the fighting has killed over 14,000 people and devastated Ukraine’s industrial heartland, known as the Donbas.

Kirby acknowledged tensions with Russia had sparked discussions among the allies on the holding of exercises, although Russian naval capabilities are still a largely unknown quantity.

“There was due consideration about — given tensions right now — about our exercise posture. And after all that consideration and discussion with our NATO allies, the decision was made to move ahead,” he told reporters.

The carrier was to join the area of operations of the central command (Centcom) but U.S. Defense Secretary Lloyd Austin decided at the end of December to keep near the Mediterranean to “reassure” Europeans amid tensions with Russia.

Any further engagement beyond regional exercises is subject to debate.

As Breitbart News reported, Americans largely do not support intervening militarily in the ongoing conflict between Russia and Ukraine and prefer diplomatic pressure or weapons support.