UK Tells Royal Navy Sailors: Get Jabbed or Get Out

Get the jab or leave the service. That is the career advice sailors in the Royal Navy were given by the UK government on Monday.

A letter sent to sailors who have not received the coronavirus vaccination details the reasons for the order, according to the Daily Mail. The missive says in part:

Records show that you have not yet received a complete course of vaccination against Covid-19. As an employer the Royal Navy has a responsibility to take such action as is necessary to ensure that it maximises operational effectiveness and meets its health and safety obligations.

If after consideration you decided not to accept the offer of Covid-19 vaccination the Royal Navy reserves the right to review your employability and you may be subject to administrative discharge from the service.

There is no record of whether the British Army and the RAF have also taken such measures.

A spokesman for the Royal Navy told the Mail: “Service personnel are encouraged to take up the Covid vaccine in line with Government guidelines. 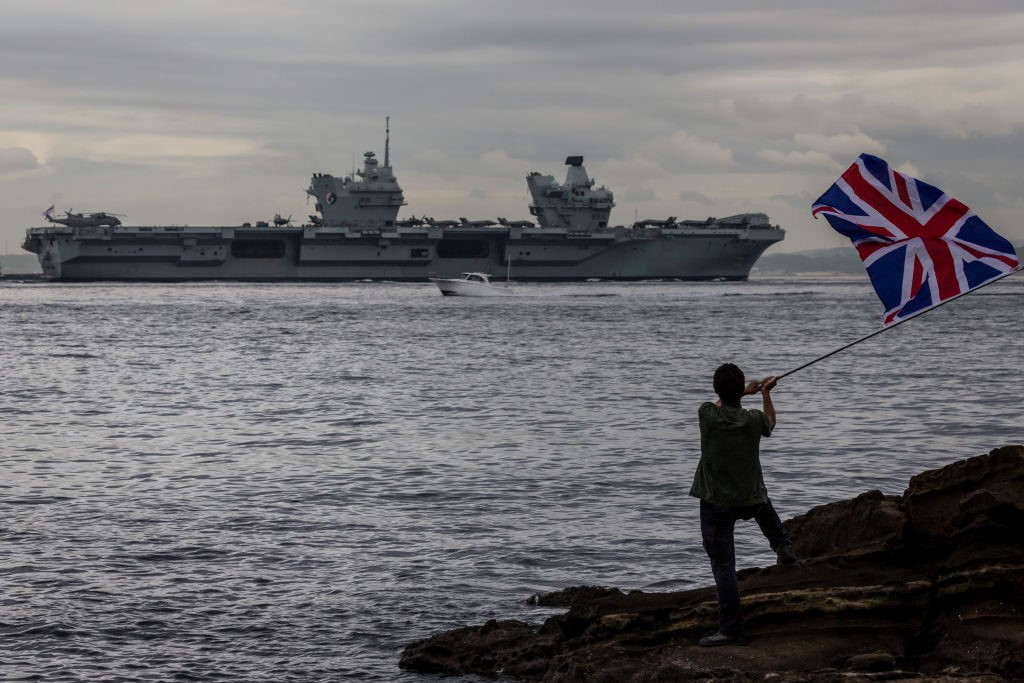 Sailors in the Royal Navy have been told to get their coronavirus jab – or leave the service altogether. (Yuichi Yamazaki/Getty Images)

“The vast majority of personnel have already been vaccinated, with 95 per cent of the Armed Forces having received at least one Covid vaccination and nearly 90 per cent being fully vaccinated.”

News of the order to vaccinate comes as the Royal Navy readies to assume overall responsibility for tackling the migrant crisis in the English Channel, as Breitbart News reported.

Saving His Own Skin: Boris Johnson Deploys Military to Secure Border in Bid to Boost Popularityhttps://t.co/PEo7k6czeI

A report in the Times claimed Boris Johnson is also looking at sending migrants to Ghana and Rwanda for processing once they have been taken from the English Channel, instead of allowing them to land.

One government spokesman told the BBC the “necessary” changes reflect how the British public “rightly had enough of the blatant disregard of our immigration laws by criminal people smugglers.”