'There Were Jokes': Russia Celebrates Friendly Biden Call with Putin

The Kremlin endeavored to depict a video call between Russian leader Vladimir Putin and American President Joe Biden as a friendly chat between old friends – not the tense showdown the White House described – on Wednesday, noting the two spoke for hours and made several jokes.

“The conversation was quite frank and businesslike, but, at the same time, there were jokes and exchange of pleasantries as well,” Yuri Ushakov, a Kremlin aid, told reporters, according to the Russian news agency Tass. “The conversation lasted two hours, we noted down the time. The president[s] were talking for two hours precisely, it was held in the format of a closed video conference.”

Tass reported that Ushakov told reporters that both leaders made “several jokes” amid discussion of “sensitive” issues.

The White House endeavored to detail to reporters a tense discussion in which Biden laid down the law to Putin in response to Russia’s expanding military presence on the border with Ukraine. Putin, who has openly romanticized the murderous Soviet Union, has spent much of the past 20 years attempting to colonize its neighbors, first invading Georgia in 2008 and then invading and colonizing Ukraine’s Crimean peninsula in 2014.

Ukraine has experienced what Russia claims to be an ongoing civil war for years on its eastern border, where pro-Russia elements have attempted to secede and establish the “republics” of Donetsk and Luhansk. Kyiv insists that the conflict is not a civil war but an “undeclared war” launched by Russia against Ukraine. 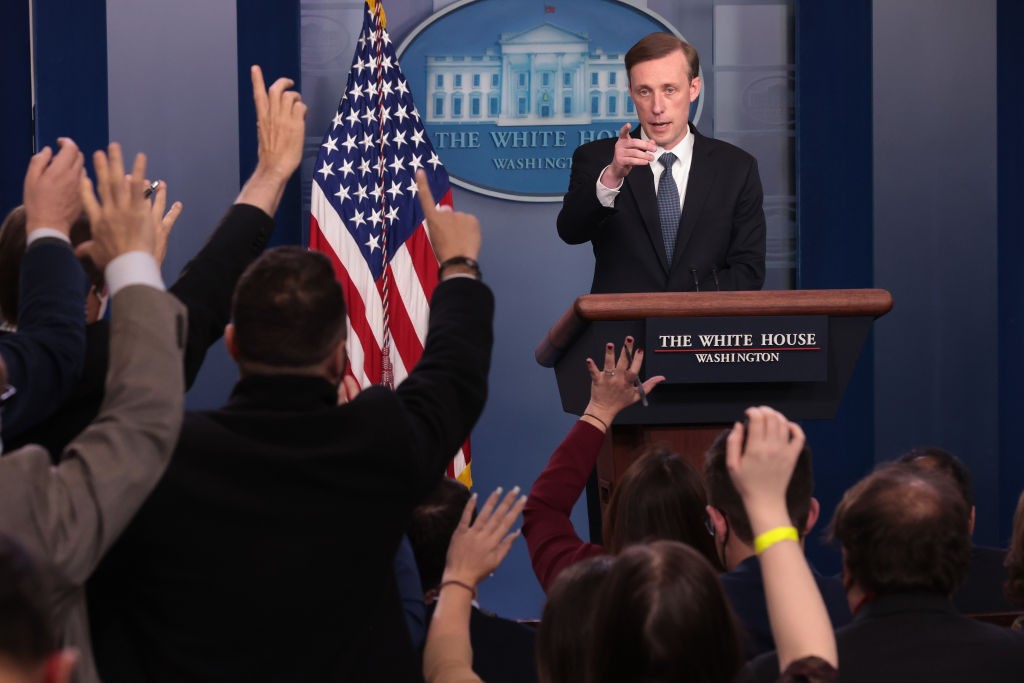 “President Biden voiced the deep concerns of the United States and our European Allies about Russia’s escalation of forces surrounding Ukraine,” the White House readout of the call between Biden and Putin published Tuesday read, “and made clear that the U.S. and our Allies would respond with strong economic and other measures in the event of military escalation.”

National Security Adviser Jake Sullivan told reporters that Biden “looked President Putin in the eye and told him today, that things we did not do in 2014, we are prepared to do now.”

The Obama White House did nothing in response to the colonization of Crimea in 2014.

Ushakov, the Kremlin aide, told reporters that a Russian invasion of Ukraine “was not even mentioned!” during the call.

“To send troops to Ukraine – how, what is it? A some kind of invasion or what? It was not even mentioned!” Ushakov said in response to being asked if Putin guaranteed that he would not invade Ukraine on the call.

Ushakov also dismissed Biden’s alleged threat that the United States would sanction Russia in the event of an invasion.

“All that was said before that in public and was brought to us via various channels, has been said now, but in a rather acceptable form, worthy of the presidential level,” Ushakov said.

The Kremlin readout of the call minimized the importance of the Ukraine situation, emphasizing instead that Putin and Biden allegedly “recalled the alliance of the two countries during the Second World War” – Tuesday was the anniversary of the Japanese attack on Pearl Harbor – and that Putin lectured Biden on the Ukrainian government’s alleged irresponsibility and untrustworthiness:

The predominant place in the conversation was occupied by problems related to the internal Ukrainian crisis and the lack of progress in the implementation of the 2015 Minsk agreements, which are the uncontested basis for a peaceful settlement. The President of Russia, using specific examples, illustrated the destructive line of Kiev, aimed at the complete dismantling of the Minsk agreements and agreements reached in the “Normandy format”, expressed serious concern about Kiev’s provocative actions against Donbass.

“Aside from being about the same meeting, the two statements had little in common,” Radio Free Europe/Radio Liberty (RFE/RL), a U.S. government outlet, observed.

Kyiv has yet to respond to the discussion between Biden and Putin, likely due to the fact that Ukrainian President Volodymyr Zelensky has scheduled a call with Biden himself for Thursday. Zelensky began the week, however, with a visit to the front lines of the Russo-Ukrainian War to boost soldier morale, a region that Zelensky has prioritized visiting in person, particularly in comparison to previous Ukrainian presidents.

Zelensky’s departure from conventional Ukrainian politics is in part the result of him arriving at the presidency without being part of the political establishment: he became a viable presidential candidate by playing the fictional Ukrainian president in a sitcom. 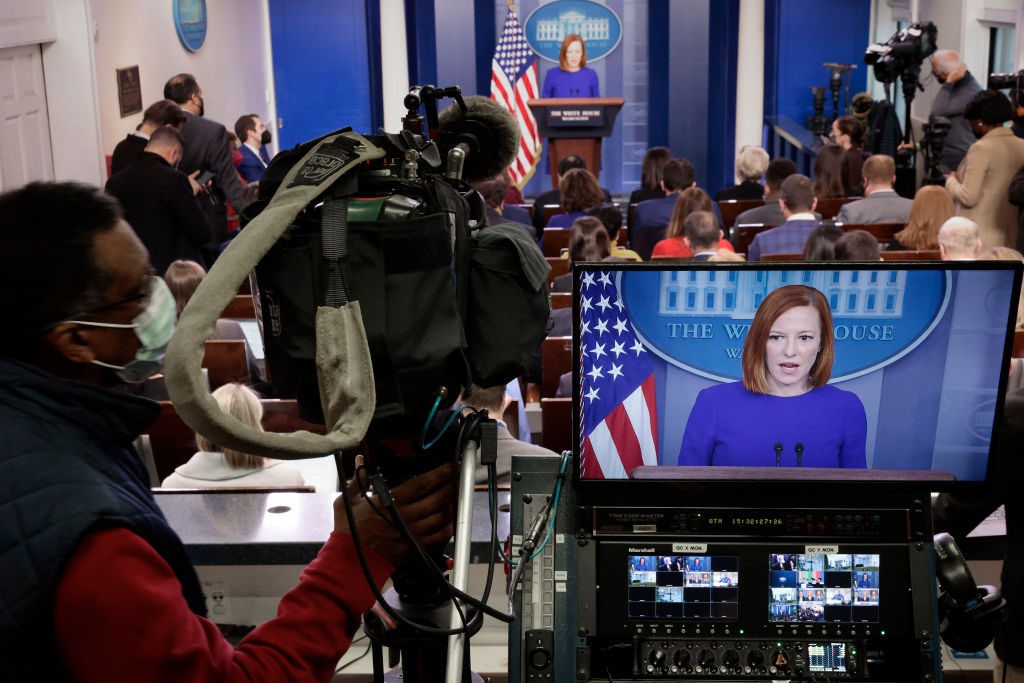 Biden – whose family has enjoyed questionable, at best, ties to Ukrainian oligarchs – has repeatedly snubbed Zelensky in his Russia foreign policy, ignoring the Ukrainian president’s pleas to sanction Russia’s Nordstream 2 pipeline and repeatedly putting off a promised invite to the White House.

An irate Zelensky ranted about Biden’s inexplicably weak Russia policy – in particular, refusing to sanction the Nord Stream 2 gas pipeline project that would grant Russia outsized influence in Europe – in July to the Washington outlet Axios.

“It still seems to me that Nord Stream 2 … we understand that this is a weapon, a real weapon, and I speak openly about it,” Zelensky said. “A weapon in the hands of the Russian Federation, and it is not very understandable, I feel, and definitely not expected, that the bullets to this weapon can possibly be provided by such a great country as the United States.”

Zelensky said he found out Biden would not sanction the project from public reports in news media and was “very unpleasantly surprised.”

Biden reportedly threatened to sanction Nordstream 2 in his call with Putin on Tuesday, but only if he first formally invaded Ukraine.